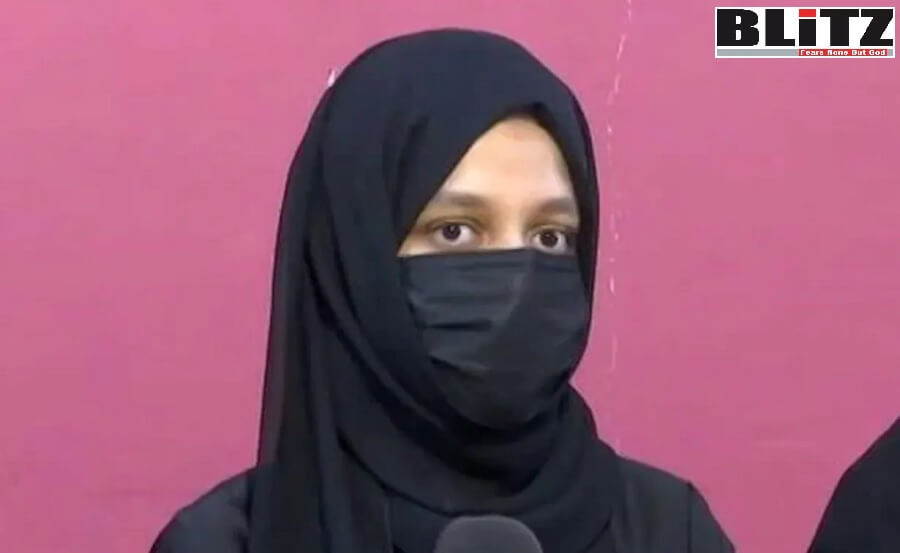 A recently released video message of Al Qaeda kingpin Ayman Al Jawahiri evidently proved – America’s claim of his death is false. On April 5, 2022, Al-Sahab, the media arm of Al-Qaeda, released an nine minute video with English subtitles titled “The Noble Woman of India,” featuring the group’s top leader Ayman Al-Zawahiri, in which he commented on a recent event in India — reported by some outlets to have taken place on February 9, 2022 — thereby confirming that he is alive, despite widespread rumors about his death.

In the video, Al Qaeda kingpin Al-Zawahiri, referring to Muskan Khan, a Muslim woman who reportedly confronted college students who were opposing to wearing hijab said: “On Wednesday, the 8th of Rajab, [which coincides with February 9, 2022] news channels and social media accounts circulated a video clip of a sister in an Indian University, who, with her words and deeds, embodied the spirit of jihad, as she challenged a mob of Hindu polytheists with defiant slogans of takbeer, with immense pride in her identity and her hijab”.

It may be mentioned here that, back in February 2022, Al-Qaeda’s Urdu-language magazine Nawa-i-Ghazwa-e-Hind (The Voice of the Battle of India) celebrated Muskan Khan as a heroine who was able to defeat “squads of saffron wolves” (i.e., Hindus).

Al-Zawahiri used the same narrative to applaud Muskan Khan for upholding “Allah’s Shariah”, by insisting on wearing her Hijab in face of harassment.

“May Allah reward her [Muskan Khan] greatly on behalf of Islam and Muslims for upholding the honor of our sisters. May Allah reward her greatly for the positive spirit that she has reawakened in the ummah, a spirit of empathy, mutual understanding, and unity for the sake of upholding the Shariah and following the rulings of the religion. May Allah reward her for defending these principles with her hijab and her attachment to her Religion, and for offering practical proof of the superiority of the Islamic ummah — in its creed, norms, and Shariah — over the creed of the polytheists and the moral degeneration of Western atheists. So may Allah immensely reward our noble sister!”, Al-Jawahiri said.

Further, Al-Zawahiri used the incident to condemn Muslim women who abandon the hijab, saying that Muskan Khan has taught them a lesson. “She has shown them how a Muslim woman should be… proud of her Religion, firm in her adherence to the Shariah”, he added.

The Al-Qaeda leader also credited Muskan Khan for “exposing the reality of Hindu India and the deception of its pagan democracy”. He then thanked the media outlets who circulated a video of the incident, urging them to continue to expose the “injustice inflicted on Muslims” and to “confront this oppression” by uncovering the truth.

Addressing Muslims in India and elsewhere, Al-Zawahiri said that they must realize that Indian democracy is “nothing but a tool to oppress Muslims”, and that “there is no such thing as ‘human rights'”.

“My Muslim ummah in the Indian Subcontinent! Our battle today is a battle of awareness… a battle of discerning illusion from reality… We must understand that the way out is by holding on to our Sharia, uniting as a single ummah, from China to the Islamic Maghreb, and from the Caucasus to Somalia… a united ummah waging a concerted war across several fronts”.

He argued that the “enemies of Islam” are all the same, whether in the West, Africa, or India, in that they are waging a “war on Islam” by vilifying and criminalizing the practice of wearing the hijab.

“We must realize that in the real world there is no such thing as ‘human rights’ or ‘respect for the constitution’ or ‘law’… or other such nonsensical conjectural ideas… It is exactly the same scheme of deception which the West has employed against us, the true nature of which was exposed by France, the Netherlands, and Switzerland, when they banned the hijab while allowing public nudity”.

Emphasizing the role of media and Islamic scholarship in “fighting against the enemies of Islam”, the Al Qaeda kingpin said: “We must gather around the sincere scholars and fight our war ideologically… intellectually… using the media… and with weapons on the battlefield, against the enemies of Islam. And the first step in this direction is raising awareness and revealing the facts”.

Al-Zawahiri concluded by reciting a poem he wrote to express his admiration to Mushkan Khan. It is worth noting that Al-Sahab provided Arabic and English transcripts of the video.

The latest statement by Al Qaeda kingpin Ayman Al-Jawahiri although evidently proves connections between this dangerous terrorist group and those hijab promoters in India and elsewhere, security agencies in India and other countries now need to immediately initiative investigation into possible connections between Al Qaeda, Islamic State and other radical Islamic militancy groups and Muskan Khan and others like her as well as those who had enthusiastically spread Muskan’s video on social media platforms. This statement proves – Muskan Khan is no hero of Islam or the controversy centering hijab in campus was not any isolated incident. Instead it must have been a well-planned project of Al Qaeda and it is essential to dig into activities of this jihadist lone-wolf.