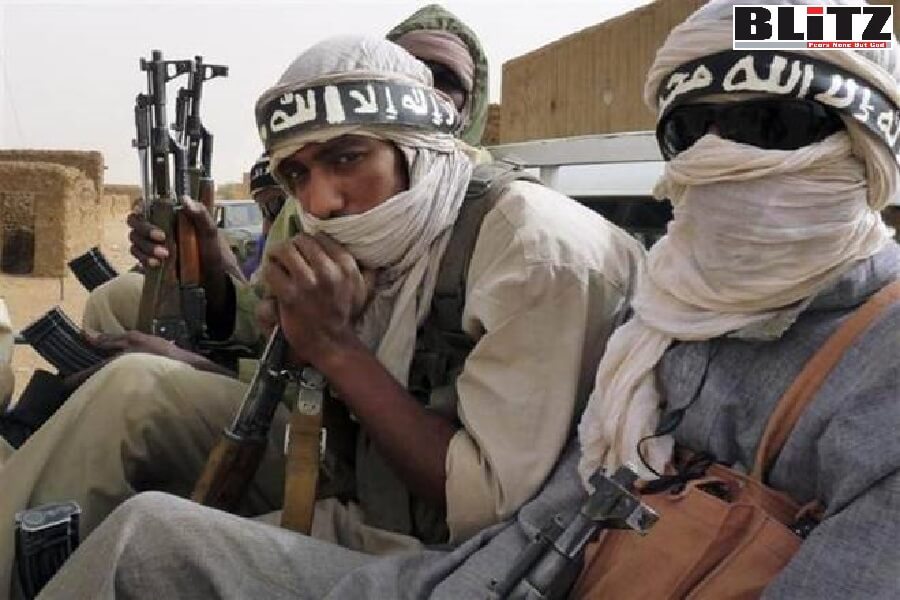 Al Qaeda franchise Ansar al Islam has been spreading anti-India hate speech with a nefarious goal of invading India under its so-called ‘Ghazwatul Hind’ ambition. Bangladeshi intelligence agencies have identified a website name Rokomari[dot] com. through which this Jihadist outfit has been selling Islamist and Jihadist publications giving provocation to people in murdering atheists, apostates, bloggers, Hindus, Christians and Buddhists, and infiltrate India by establishing connections with India-based terrorist and separatist groups. Unfortunately, jihadist website Rokomari is available in India as well as the western countries, which is playing role in selling militancy contents to individuals in those countries.

Ghazwa-e-Hind or Ghazwatul Hind is a false prophecy of jihad mentioned in some of the books written by anti-India Muslims foretelling battles in the Indian subcontinent between Muslims and non-Muslims, resulting in the victory of Muslims.

In the Book on Jihad (317), Sunan an-Nasa’i wrote: There are two groups of my Ummah whom Allah will free from the Fire: The group that invades India, and the group that will be with Isa ibn Maryam. It was later revealed that Pakistani ISI has been funding various individuals such as Sunan an-Nasa’i in concocting the message of the Prophet of Islam with the nefarious agenda of misleading Muslims.

According to some Pakistani scholars such as Irfan-ul-Haq and Zaid Hamid, Pakistan came into existence to fulfill the Ghazwa-e-Hind as a prophecy. It has also been used by militant groups such as Lashkar-e-Taiba headed by Hafiz Muhammad Saeed. Modern Jihadist organizations like Al-Qaeda and Islamic State have used this prophecy to recruit militants in their south Asian affiliates including Al-Qaeda in the Indian Subcontinent (AQIS), Ansar Ghazwat-ul-Hind (AGH), Islamic State in Jammu and Kashmir (ISJK) etcetera.

Pakistani spy agency ISI has been using ‘Ghazwatul Hind’ with its heinous agenda of spreading terrorism in India.

According to intelligence sources, members of Ansar al Islam planned to intrude the National Parliament House in Bangladesh, assassinate Prime Minister Sheikh Hasina and the MPs, capture power and establish Al Qaeda prototype regime in Bangladesh. They also had planned to outlaw general education, women empowerment, television and radio stations and formulate blasphemy law with the provision of death penalty.

With this mission, members of Ansar al Islam entered the parliament premises carrying sword and riding horses. They had formed a team of 313 members imitating the Battle of Badr.

Ansar al Islam drew media’s attention in 2013 when they started assassinating secular individuals based on a hitlist, which possibly was created in consultation with top figures of Hefazat e Islam and Pakistani spy agency ISI. However, due to effective measures taken by Bangladeshi intelligence and law enforcement agencies, Ansar al Islam suspended the implementation of the hitlist and melted with the Tablighi Jamaat with the aim of increasing its members. It is learned from credible sources; several members of Ansar al Islam have been trained by ISI while a faction of them have already entered West Bengal with the help of Hizbul Mujahideen.

Ansar al Islam was outlawed in Bangladesh on 6th March 2017.

Members of this notorious group murdered LGBT activist Julhas Mannan and drama activists Mahbub Tonoy in Dhaka. Ansar al Islam was previously known as Ansarullah Bangla Team (ABT). The group has been claimed by Bangladesh Police to be linked to Islami Chhatra Shibir, the student wing of Jamaat-e-Islami.

According to the Terrorism Research & Analysis Consortium, Ansar al Islam is an Al Qaeda inspired Islamic extremist group in Bangladesh that started activities during 2007 as Jamaatul Muslemin, funded by different NGOs. The group ceased to operate when funding ended. It resurfaced during 2013 as Ansarullah Bangla Team and later changed the name to Ansar al Islam. This is a front group for Al Qaeda in the Indian Subcontinent (AQIS).

A report in 2013 identified Muhammad Jasimuddin Rahmani as the spiritual leader of the militancy group. Rahmani was inspired by Anwar al-Awlaki, who was killed by the US forces. Rahmani was suspected of building an Islamist terror network in Bangladesh for about five years. The group was sharing jihadist views through a website named ‘Ansarullah Bangla Team’. The server of the website was located in Pakistan. Members of the group have presence on social media.