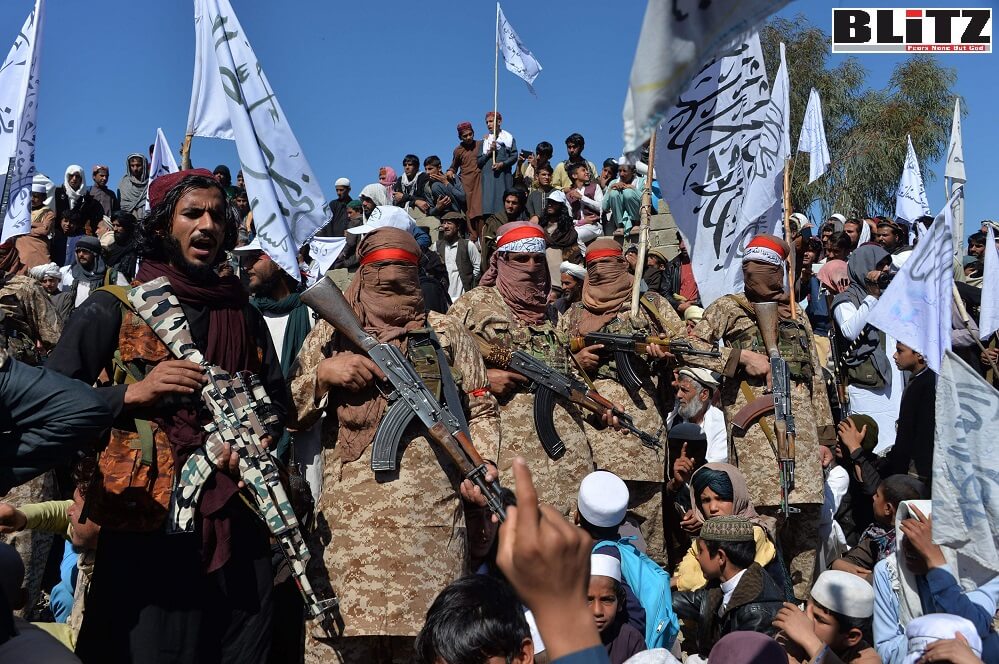 While Palestinian mega-terrorist outfit Hamas has openly proclaimed its affiliations with Iran, Hezbollah and Houthis, according to the Middle East Media Research Institute’s Jihad and Terrorism Threat Monitor (MEMRI-JTTM), Al Qaeda in the Islamic Maghreb (AQIM) called on the Palestinians to continue on the “path of jihad and martyrdom,” and urged Muslims to support them with money, manpower and weapons.

According to MEMRI-JTTM, the media arm of AQIM, Al-Andalus, released an audio statement on June 20 by its leader, Abu Ubaydah Yusuf al-Anabi, in which he also condemned France for its involvement in Mali and accused the country of having hostility towards the prophet Muhammad.

He praised Palestinians in the Gaza Strip and the West Bank, saying “it has become clear once again that the only road leading to the liberation of Al-Aqsa mosque and all the occupied territories is through jihad and martyrdom for the sake of Allah—not through negotiation and political solutions”.

“Supply them with funding, men, weapons, equipment, expertise and everything required for warfare and military revolution,” he said, “as waging jihad in Palestine is a mandatory duty for every Muslim able to march forth to those blessed lands because the people of Palestine are not able to deter the aggression of the Zionists on their own”.

Now it is important for everyone to monitor those nations which would provide “funding, men, weapons, equipment, expertise and everything required” to Hamas and Palestinian terrorists responding to Al Qaeda’s call.

While Al Qaeda has through its recent open call for supporting Palestinian terrorists has publicly disclosed its affiliations and sympathy with Hamas and Palestinian terrorists, in some parts of the world, Hamas has accelerated its activities by recruiting increased number of jihadists for joining battle against Israel. In South Asia, recently we are witnessing alarming rise in activities of Al Qaeda and other jihadist forces, while a number of groups including Arakan Rohingya Salvation Army (ARSA), Jamaatul Mujahedin Bangladesh (JMB), Harkatul Jihad, Dawat-ul Islam, Hizbut Tahrir, hefazat-e-Islam, Hizbul Mujahedin etcetera are intensifying radical Islam militancy activities. At the same time, jihadist outfits are using Tablighi Jamaat as the most convenient vessel for spreading radical Islam and militancy and for recruiting potential jihadists from across the region.

With US forces withdrawn from Afghanistan and the country going into grips of Taliban and Pakistani spy agency Inter Service Intelligence (ISI), Afghanistan will soon become jihadist hotspot, and will also become one of the main supply sources of jihadists and lone wolves to various countries in the world, including India, Thailand, Singapore, the Philippines, Saudi Arabia, the United Arab Emirates, Iraq, Gaza, Chechnya, Tajikistan, Turkmenistan, Uzbekistan, China etcetera. Moreover, Al Qaeda will soon establish its control on the international drug trafficking network, which would help this notorious terrorist outfit in making billions of dollars while major segment of this income would be spend towards buying weapons and explosives for jihadist activities.

For the international community, particularly Israel and the western nations, Al Qaeda’s open affiliation with Palestinian terrorists is a matter of grave concern, as it would seriously hamper peace and security in the world. International community should bring those nations under radar which are already providing funding, men, weapons, equipment, expertise and everything required for warfare and military revolution to Hamas and Palestinian terrorists in particular as well as other terrorist entities such as Hezbollah and Houthis and initiate stern punitive measures, including harsh sanctions to save the world from massacre of the cruel jihadists.