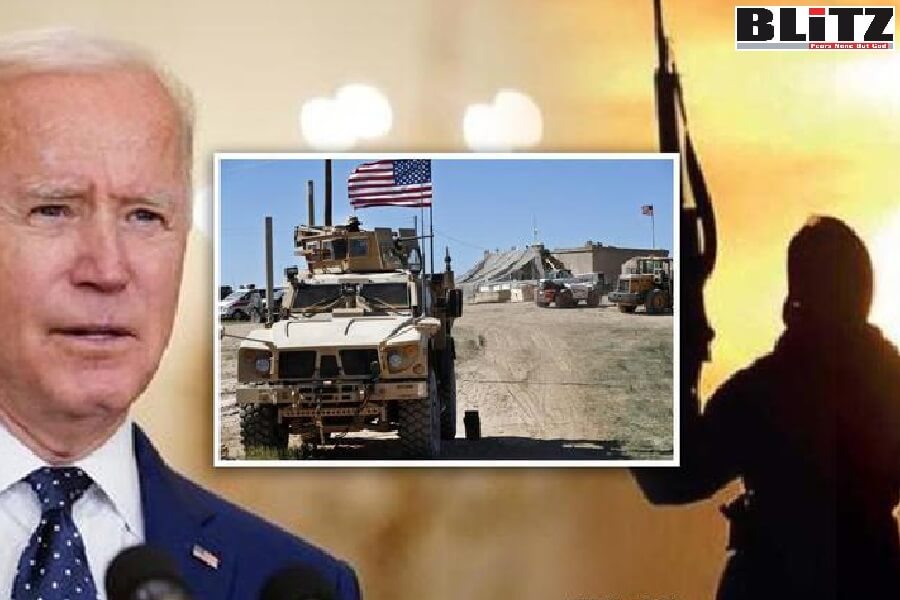 Every intelligence agency in the world, including CIA, MI6, Mossad, FSS etcetera are extremely worried as the hurried departure of Western forces from Afghanistan, decreed by US President Joe Biden has emboldened Taliban terrorists, while Al Qaeda is set to expand its activities with the goal of transforming the country into jihadist capital. Every week one district after another is being seized by Taliban militants, overrunning bases where demoralized Afghan government troops have often surrendered or fled. Meanwhile, Pakistani spy agency Inter Service Intelligence (ISI) is leading the game of forming a bigger alliance with Taliban, Al Qaeda and other radical Islamic militancy outfits in Afghanistan, which according to observers, international terrorist is making an unwelcome return to the country. Taliban have already started considering themselves as victors in Afghanistan and according to media reports, Taliban fighters began search at Afghan homes looking for abducting girls and women as sex slaves under the garb of religious marriage. The most unfortunate fact is, Afghan scenario will be much worse than Islamic State’s Iraq or Syria, where jihadist madness will reach the peak.

According to counterterrorism analysts, Joe Biden’s withdrawal from Afghanistan makes a Taliban takeover inevitable and gives Al Qaeda the opportunity to rebuild its network, to the point where it could once again plot attacks around the world, including the United States. Meaning, Biden has pushed the fate of the US towards a possible catastrophe, where the country may now face series of jihadist attacks, by Al Qaeda as well as Iranian proxy Hezbollah and Palestinian Hamas.

Afghanistan is going to become an Islamic Caliphate according to the Taliban’s strict guidelines. It may be mentioned here that, Taliban ruled Afghanistan from 1996-2001 with iron rod radical and cruel Islamist rule. Although they say there is no plan to take over Kabul, the capital city by force, the reality is, Kabul is going to fall very soon. It may also be mentioned here that, Taliban always want Afghanistan to become an Islamic Caliphate. Joe Biden has paved that path. While President Donald Trump has defeated Islamic State and destroyed the ambition of Islamic Caliphate, his successor Joe Biden is doing just the opposite. President Joe Biden will be cheered by the radical Islamic militants and Caliphate-mongers as their top patron as he has cleared the path for transforming Afghanistan into Islamic Caliphate. And of course, this dangerous tide of Caliphatism will continue to expand beyond Afghanistan.

The departure of Western forces from Afghanistan will not only benefit Taliban and Al Qaeda, but it also will equally benefit Islamic State in Khurasan Province (ISIS-KP). For years, Al Qaeda and Islamic State (ISIS) have existed in Afghanistan. One of the key reasons behind Islamic militancy group’s choosing Afghanistan as the most convenient place in the country is simply too mountainous. There are plenty of hiding places for jihadist outfits. Another convenience is, Afghanistan’s border with Pakistan, where Islamabad and its spy agency are infamous for patronizing terrorism.

Afghanistan’s returning to Taliban, Al Qaeda and Islamic State will pose an immediate threat to Saudi Arabia in particular as well as other Middle Eastern nations. As Saudi Arabia had to spend billions of dollars during Soviet invasion of Afghanistan in supporting Mujahidin groups, it may now require once again to start spending billions, mostly via Pakistan in combating security threats posed by Taliban, Al Qaeda and Islamic State. Biden’s hurried withdrawal from Afghanistan has opened a huge prospect for Pakistan and its spy agency in making billions of dollars from Saudi Arabia, while one of the most affected countries would be India, as jihadists forces from Afghanistan will increase support and patronization to various jihadist forces inside India, including those in Jammu & Kashmir.

Although Afghan intelligence service, NDS has claimed to have been able to partly contained threats posed by the jihadist and terrorist forces, the reality is, soon NDS members will start feeling scared in continuing their activities against those monstrous jihadists. Most importantly, NDS has been working closely with the US forces, which had enabled them in taking actions against the jihadists, based on tip offs by human informants or intercepted mobile phone calls, using helicopters, sometime in the dead of night, thus succeeding in catching those jihadists. Now, this will come to an end. Afghan security forces or intelligence agency NDS will find themselves totally helpless.

While Afghanistan is heading towards an extremely fearful fate, Taliban have made it clear that all Western forces, including those guarding Kabul airports or the US embassy, should leave by September 11, 2021, under the Doha deal, failing which, those remaining forces will face attacks.

From September 11, 2021, every nation in the world, especially those western countries should be worried about possible jihadist attacks. Joe Biden has pushed the entire world towards such a possible catastrophe. Shouldn’t we be grateful to him? Shouldn’t those western media, which had been pimping in favor of Biden start partying, as welcome their own destruction?