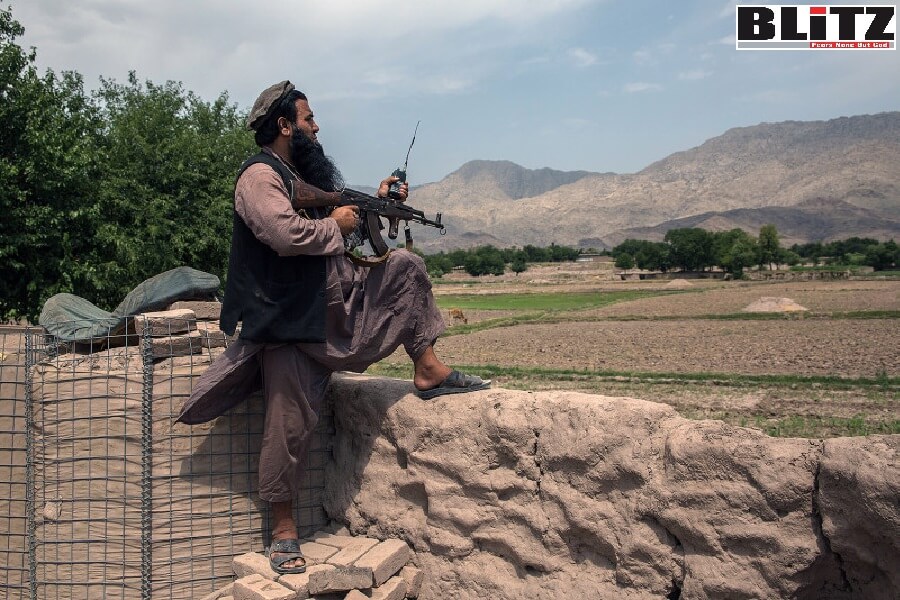 With US and NATO forces withdrawing, the Taliban steamrolling across Afghanistan has also put US defense officials at serious security concerns as a Taliban takeover of the country will allow Al Qaeda to rebuild and consolidate, which would potentially turn the country into a massive terrorist hub. Although during the past two decades, Al Qaeda has a diminished presence in Afghanistan, with estimated 200 to 300 members, the security vacuum left by the withdrawal of the US military forces could now create an opening for Al Qaeda and other terrorist groups to reorganize.

Once Afghanistan is fully captured by the Taliban, it will be a difficult challenge of combating resurgence of Al Qaeda and Islamic State (ISIS) in the country, although US military policymakers are looking for continuing offensives targeting Al Qaeda and ISIS. But lack of a robust US presence on the ground will greatly hamper the ability to identify potential targets, as Al Qaeda and ISIS would melt within the Afghan society or the Taliban.

Recently, Marine Gen. Frank McKenzie, the head of US forces in Afghanistan said Al Qaeda is still a principal focus of the U.S. military in the region. “What we’re here for is to prevent Al Qaeda and ISIS from being able to reconstitute in the ungoverned spaces, generally of eastern Afghanistan, and be able to plot attacks against our homeland,” McKenzie said in the capital, Kabul. “That threat is still here today”.

McKenzie said US counterterrorism forces had made it impossible for Al Qaeda to regenerate and carry out its plans against the West.

“If that pressure comes off, I believe they’re going to regenerate,” he said.

“And I think it’s only a matter of time before we see them assert themselves and begin to plan attacks against our homeland”.

Commenting on the risk of Al Qaeda attacks targeting Western nations, Marine Gen. Frank McKenzie said, while the Al Qaeda ideology emphasizes attacks against the Western world, that is not the current strategy for its fighters in Afghanistan.

Other officials stressed that Al Qaeda in Afghanistan is unlikely to have the capability to carry out an attack on foreign soil against the US or another Western country any time soon.

“Within the next 12 months, we think, the threat is low for them to try to attempt from Afghanistan some kind of transnational attacks against the West,” one of the officials said.

But the officials believe that a Taliban government in Afghanistan would not stop Al Qaeda from rebuilding and that it will eventually work toward attacks on foreign soil again.

During the past several years, Al Qaeda has been severely hobbled by airstrikes and counterterrorism pressure. Al Qaeda’s senior leaders and operational planners and many fighters have been killed or have fled the country. Osama bin Laden, the founder of the group, who masterminded the 9/11 attacks, was killed in 2011. Al Qaeda’s current leader, Ayman al-Zawahiri, is believed to be alive but unwell, according to a UN Security Council report. At the same time, the report said, Al Qaeda is believed to be in at least 15 Afghan provinces, primarily in the east and the south.

“Although there has been only limited relocation of foreign terrorist fighters from [Syria and Iraq] to other conflict zones, member states are concerned about the possibility of such movement, in particular to Afghanistan, should the environment there become more hospitable to ISIL or groups aligned with Al Qaeda,” the report says. ISIL, like ISIS, is one of several renderings of the name of the Islamic State terrorist group.

Resurgence of Al Qaeda and other radical Islamic militancy groups, as well as Afghanistan’s risk of becoming the next terrorist super hub is a matter of grave concern. This time the risk would substantially increase with Iran’s providing patronization and funding to Shi’ite militancy outfits in the country. In my opinion, Afghanistan would not only pose a threat to the West, it also will onwards pose massive security threats to Saudi Arabia, the United Arab Emirates, Bahrain and other countries in the Middle East as well as South Asian nations, especially India.