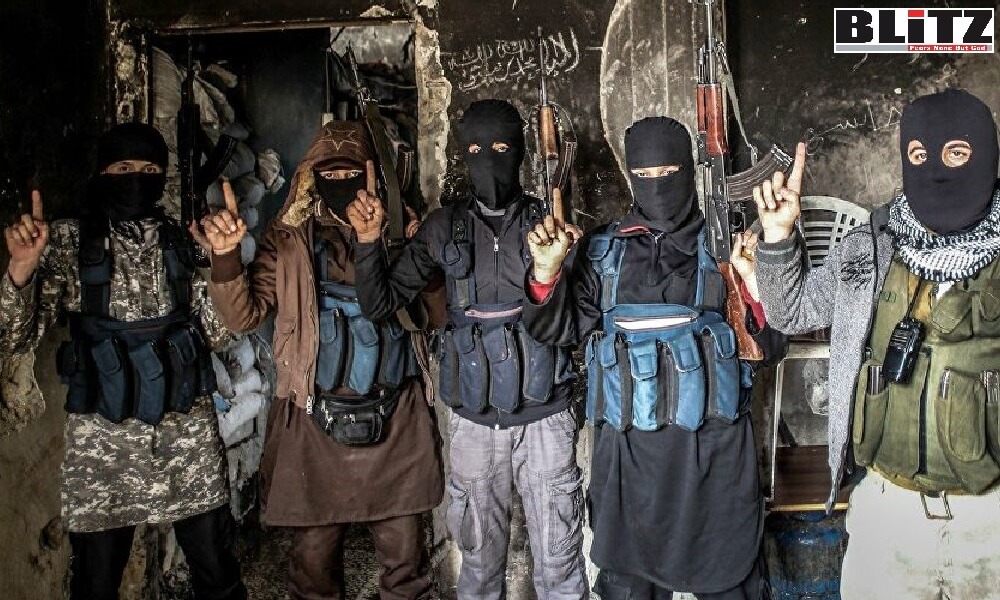 International jihadist outfit Al Qaeda in the Arabian Peninsula (AQAP) in a recent statement said, the Boulder supermarket mass shooting underscored the ease with which potential shooters can acquire guns and called upon would-be jihadists or love wolves to not start with simpler knife or vehicle ramming attacks “until you search for these weapons and use them in your operation”.

The Inspire “Praise & Guide: Colorado Attack” follows a previously seen AQAP model of using the name of the longtime how-to English-language magazine geared toward Western jihadists to review recent attacks and assess what was done well by the attacker and what could have been done to inflict more harm. In the Boulder attack, al-Qaeda praised the shooter’s choice of weapon and target while saying attackers shouldn’t be taken alive and should issue statements before or during attacks to erase ambiguity about motive.

Ahmad Al-Aliwi Al-Issa, 21, used a Ruger AR-556 in the March 22 shooting at King Soopers’ grocery store in Boulder, Colo.; authorities have not ascribed a terror motive to the attack. He fatally shot two people in the parking lot, two at the store’s entrance, and killed five more people inside the store before shooting his final victim, responding Boulder Police Officer Eric Talley.

Al-Issa appeared in court May 25 on 115 charges including 10 counts of first-degree murder and 47 counts of attempted murder. His next hearing is scheduled for Sept. 7. Al-Issa’s defense attorney said in March that time would be needed to evaluate his mental health.

At the time of the shooting, Al-Issa’s social media included many photos from his school wrestling competitions, many posts about the Ultimate Fighting Championship, one post declaring he needed a girlfriend and one who was “hopefully not a hoe,” and a few anti-LGBT and anti-abortion posts. The Inspire issue seized on “several Islamic posts” within his social media history including one stating “Muslims may not be perfect, but Islam is,” and a post “in which he was criticizing the authorities for not doing anything to prevent the spread of the gatherings of the homosexuals”.

AQAP said the mass shooting served to increase “the division between the American people, between the right and the left” due to the white victims at the supermarket and due to how it “raised the matter of the spread of weapons in America.” After including some stats about gun violence in America, the issue adds that “just as Allah Almighty has afflicted them with Corona He has also afflicted them with these conflicts amongst them.”

The terror group praised Al-Issa for picking an easy-to-use and accurate firearm, for choosing “a place where people gather, which can bring about the largest number of deaths” during a “time in which people gather to take the Corona vaccination,” and for not drawing enough suspicion to himself before the attack in a way that derailed his plot.

Al-Qaeda urged attackers to pick targets where crowds would have difficultly hiding or escaping, and to “take your precautions in terms of ammunition” to fight until death with police — unlike the Boulder shooting, which ended with Al-Issa’s arrest. Would-be attackers were also urged to make their attacks more explosive by using IED recipes from past Inspire issues, Molotov cocktails, “or by taking matches, a lighter and an inflammable material at the very least to burn the place, as this greatly intensifies and multiplies the impact of the operation on the enemy, whether from an economic, psychological or media point of view”.

“Take advantage of the presence of weapons and their spread in America to be able to possess them and to carry out Jihadi operation using them,” the magazine continues, next to a collage of images from gun stores including a storefront in Fuquay-Varina, N.C. “The possibility to place restrictions on the possession of weapons in America or to reduce their spread is extremely far and difficult. And all that you need is to search the internet and in arms shops for what is legally required of you to possess a weapon and how to buy it. And let the weapon be a machine gun, and if you find an obstacle for this, all you must do is look for ways to obtain stealth weapons by purchasing ready-made weapon parts and then assembling and installing them manually by yourself, and this method has two advantages: The first advantage: The control over it is less and the ways to obtain it are easier. The second advantage: The weapon will be without a serial number”.

The magazine includes an image of parts on a table, labeled “ghost gun.”

If still hampered by trying to buy or make a gun, al-Qaeda encourages lone attackers to “try to buy weapons through the black market, as well as through offers in free sales and advertisements on the internet and elsewhere, because this market is beyond the reach of the regime.” The magazine shows a Black Friday ad from a gun shop in Auxvasse, Mo., adding that “what needs to be understood is that weapons are very widely spread in America and there are more than 390 million weapons”.

“There is nothing easier in America than obtaining weapons, and therefore do not begin carrying out operations involving stabbing with knives and running over with cars until you search for these weapons and use them in your operation,” the terror group added.

Complaining that a lack of explicit credit for attacks has led to assigned motives “such as psychological illness or being discontent with the status they are in,” al-Qaeda includes a lengthy section on how lone jihadists should “give out a media message” before or during the attack — such as livestreaming the attack, contacting media directly, posting on social media using one’s real name, or shouting “at the time of carrying out the operation in a loud voice that everyone can hear” — in order to inspire others, “as it multiplies the results”.

AQAP has previously used attacks in the United States as teaching tools, releasing a special edition of Inspire after the June 2016 mass shooting in which 49 people were killed at the Pulse nightclub in Orlando, Fla. Gunman Omar Mateen pledged allegiance to ISIS in a 911 call, but al-Qaeda stressed that the act was more important than who took credit for it. Mateen “capitalized on the means available at his reach” and inspired “every new lone mujahid [to] try to do his best to realize and attain similar or more fatalities in his operation…especially when they see how easy it is to execute an operation,” the issue said, classifying the shooting as “targeting general gatherings” and “sending a message to the public that elects, supports and pays taxes to their criminal governments”.

After the September 2016 bombings targeting locations in New Jersey and New York’s Chelsea neighborhood, along with a stabbing attack at a St. Cloud, Minn., mall, AQAP released a special Inspire edition titled “The 9/17 Operations” that praised the attacks as an “exceptional success” for achieving a goal of “reviving fear and terror at a time when successive American administrations lie to their people, convincing them that they have crushed ‘terrorist’ groups and disrupted their capabilities and therefore the American citizens live in a peace, safe and stable life”.

However, the terror group criticized some tactical details such as the use of a timer on the bomb targeting a Seaside Park, N.J., race that ultimately was delayed — thus the pipe bomb in the trash can didn’t cause any injuries when it detonated. “In this case, we prefer the use of a remote control detonator as used by the Tsarnaev brothers in the Boston Marathon,” al-Qaeda said, also criticizing the pressure-cooker bomb that exploded in a Chelsea dumpster — 31 people were injured in the blast, but the terror group noted that “people pass by quickly besides garbage containers and they don’t normally stand beside them” so it would have been “better to put the bomb in a place where people are gathering and standing around it, such as a shopping center”.