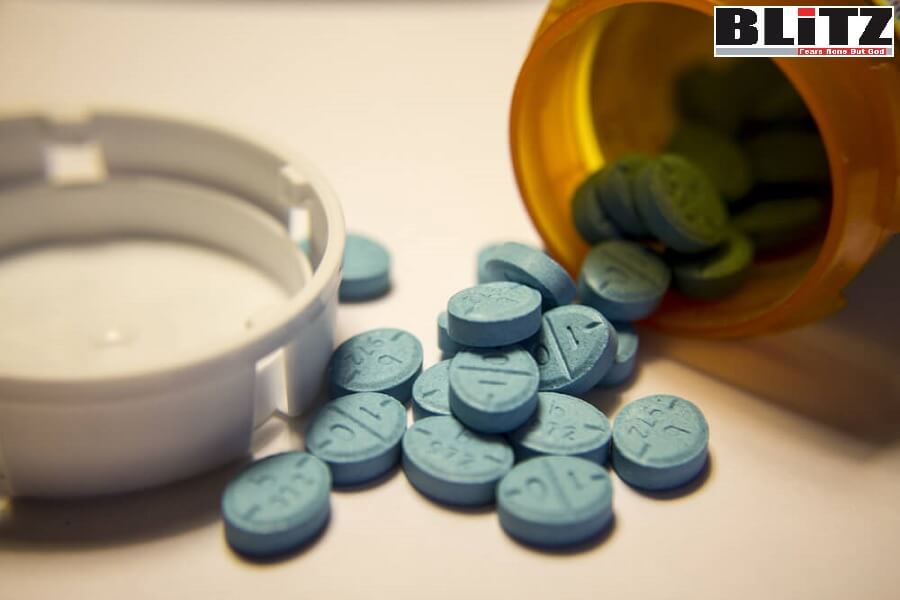 There is alarming rise in addiction of amphetamine and ice pill in a number of countries, including Bangladesh, India, Sri Lanka, Nepal, Pakistan, Maldives, Saudi Arabia, Qatar, Jordan, Lebanon, Kuwait, the United Arab Emirates, the Philippines, Thailand and some of the European nations, Britain and the United States. What most of the investigation agencies are still unaware is, major stake of such production and distribution of amphetamine, ice pill, cocaine and other types of drugs are controlled by Pakistani spy agency ISI, Lebanese terror group Hezbollah, Palestinian mega-terror outfit Hamas, notorious terrorist Dawood Ibrahim and his cohort, a sacked military officer from Bangladesh, who has been on run for years escaping Red Notice issued by Interpol.

It may be mentioned here that, terror-patron Pakistani ISI as well as Dawood Ibrahim and other radical Islamic militancy groups are using cash generated from narco-trade towards funding terrorism and subversive activities. Sitting in Britain, sacked military officer Shahid Uddin Khan, who has been convicted in Bangladesh with life-term imprisonment for funding jihad was one of the funders of Easter Sunday bomb attacks in Sri Lanka.

Jihad-funder Shahid Uddin Khan has also been making evil attempts of spreading anti-Hindu and anti-India sentiment and has been openly propagating armed ‘revolt’ in Bangladesh with the notorious agenda of unseating the government in the country.

According to media reports, Shahid Uddin Khan fled Bangladesh escaping numerous criminal charges who, along with his wife and family members had already been convicted by several courts on charges of terror finance, money laundering, dealing in weapons and counterfeit currency notes and has been running an illegal organization named ‘Desh Mukti Biplob’ from the United Kingdom. This notorious criminal has been using social media as well as video-sharing platforms such as YouTube and been giving instigation to pro-Islamist Bangladeshi nationals in waging armed ‘revolt’ against the government of Prime Minister Sheikh Hasina. Bangladesh’s leading anti-militancy newspaper Weekly Blitz has plethora of information on Shahid Uddin Khan, who had earlier declared bounty to anyone who can join suicide missions targeting key figures in Bangladesh government including several senior officials of the Bangladesh Armed Forces. Shahid Uddin Khan, being one of the key-accomplices of Dawood Ibrahim, has been making money through narco-trade as well as other types of criminal activities.

During March 2021 Bangladesh visit of Indian Prime Minister Narendra Modi to join the Golden Jubilee celebration of Bangladesh’s independence, Shahid Uddin Khan distributed cash amongst radical Islamic forces with the instruction of creating anarchy throughout the country and spread “anti-India sentiment”. He had also appeared on social media with call for confronting the visit of Prime Minister Narendra Modi, while he also had branded the ruling Awami League as “agents of India”.

Currently Shahid Uddin Khan is living in the United Kingdom at 37 COG MSE Lane E, Rayner Park, London. Passport numbers of this terror-funder family are (all of them are on Interpol red notice list):

On September 21, 2021, Shahid Uddin Khan published a post on his Facebook ID calling upon people in Bangladesh to wage armed revolt against Prime Minister Sheikh Hasina and her government as well as India and Narendra Modi. He also has used highly-instigative words calling upon members of the armed forces in the country to “wage revolt” against the government. Under international laws and conventions, continuing such dangerous activities is illegal which can result in immediate arrest and deportation of the perpetrators of such crime.

When British police raided an industrial complex during summer of 2012 in the picturesque market town of Newton-le-Willows, they found something they had never seen before. Police already were aware of the five members of transnational organized crime group they had been monitoring planned to produce amphetamine in the United Kingdom. But in the first case of its kind in Britain, the group was planning on producing the drug from scratch.

Amphetamines are made from precursors, which are chemicals used for many legitimate purposes but also in the production of illegal drugs. These precursors are closely monitored by drug enforcement agencies, and drug producers either smuggle them into countries or divert them from legitimate supply chains to avoid suspicion. Amid heightened pressure on precursor smugglers, however, the Liverpool-area crime group planned to synthesize the precursors locally, rather than bring them into the UK and risk arrest.

The raid of the industrial site uncovered enough chemicals to produce 135 kg of amphetamines, with a street value of over US$400,000. The group also had large quantities of sodium 2-oxo-3 phenylglycidate, a chemical that can be altered to make an amphetamine precursor called BMK. The group’s plans could have produced US$8.4 million worth of amphetamine in total, the Serious Organized Crime Agency (SOCA) said.

Their plans were indicative of a broader shift in the drug market. With greater sophistication and access to scientific talent, dealers are increasingly synthesizing drugs from their most base ingredients. In the UK case, the two Chinese chemists had been selected for their ability to create amphetamine from simpler chemical compounds; the group’s ringleader even travelled to China for a demonstration of the pair’s skills. The ringleader, a UK national, subsequently sponsored the two chemists’ work visas.

Producing amphetamine from simpler chemicals lowers the risk to which drug producers are exposed. As precursor imports are subject to more intense scrutiny than the chemicals used to make them (called pre-precursors), the group hoped that bringing the production [of precursors] in-house would allow them to escape notice.

While precursors remain legal, due to their widespread use in multiple legitimate industries, controls and monitoring measures within the EU are far stronger than ever before. Authorities have been working hard to stem the flow of precursor chemicals to criminal organizations – mostly by expanding international controls and monitoring. EU member states cooperate to reduce the diversions of chemicals to illicit drug manufacturing, and they also track the legal trade in precursors and share information when any of these drugs are seized during suspicious transactions.

On June 14, 2019, the Business Standard in its report titled ‘Intel agencies probe nexus between ex-Bangladeshi officer and Dawood’ said:

But Shahid Uddin Khan’s claims are outrageously false. In fact, Blitz has exposed how this corrupt individual and members of his family had smuggled-out millions of dollars from Bangladesh.

According to media reports, four months before the Sri Lanka attacks, ISIS funder Md. Shahid Uddin Khan had sent large amount of money to his Colombo-based jihadist contact via Dubai. Khan has been living in the United Kingdom for last few years along with his family. Sitting in Britain, Khans are continuing various forms of jihadist activities. Recently he has established an organization named ‘Astha’ which aims at unseating democratically elected governments in the world and replace those with Caliphate. Md. Shahid Uddin Khan already has expanded his activities in Sweden and the United States through two of his cohorts.

Despite continuous efforts of combating narcotics, the UK police is yet unable to detect godfathers behind dangerous narco-trade as well as frantic bids of spreading religious extremism and jihadism in Britain. For the sake of combating drugs as well as national security, British intelligence should initiate immediate investigation into this matter.