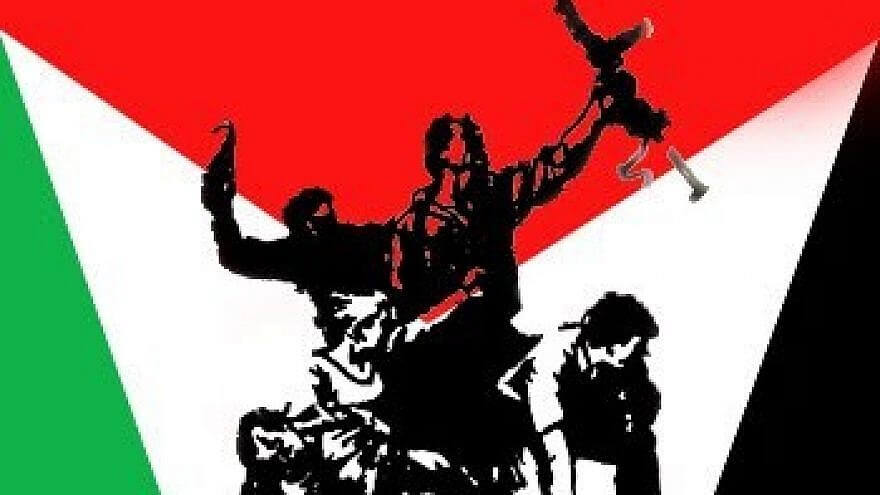 Many non-governmental organizations (NGOs) in Europe and the United States are supporters of the Palestinian cause, but two American NGOs support and promote the mission of a U.S.-designated terror organization, the Popular Front for the Liberation of Palestine (PFLP).

The following report describes the activities and overall agenda of the two NGOs during their visits to Israel and the Palestinian Authority in recent years. Specifically, it shows how delegations from two 501(c)3 non-profits, Interfaith Peace-Builders (also known as “Eyewitness Palestine”) and Dream Defenders, work closely with the PFLP.

Interfaith Peace Builders (IFPB) is a non-profit charitable organization based in Washington, D.C. The organization registered in 2006, gaining its tax-exempt status in 2008. Recently, it changed its name to “Eyewitness Palestine” and opened a new website with the same name.

The organization’s self-proclaimed mission is to educate the public about the Israeli-Palestinian conflict and the “political, military, and economic role” that the United States plays in it by organizing delegations to Israel and the Palestinian Authority. The stated purpose of IFPB’s educational efforts and delegations is to provide “activist training” and to encourage participants to advocate “for a more just U.S. foreign policy.”

Among its board members and avid supporters are individuals affiliated with the Boycott, Divestment and Sanctions (BDS) Movement, including: Ilise Benshushan Cohen, founder of the Jewish Voice for Peace chapter in Atlanta, Katie Huerter, current member of Students for Justice in Palestine National Organizing Committee, and Linda Sarsour, a prominent BDS supporter who contributed funds to IFPB. In 2015 alone, IFPB’s total revenue was $539,532 and its assets totaled $276,706. Most of the funding covers costs associated with the delegations to the Palestinian Authority.

IFPB claims to have led more than 60 delegations to the Palestinian Authority since 2001 (despite being registered as a legal entity only in 2006). IFPB often brings its delegations to the Dheisheh refugee camp (near the city of Bethlehem in the West Bank) and accommodates participants there overnight with local Palestinian families. Dheisheh is a known stronghold of the Popular Front for the Liberation of Palestine (PFLP). Of note, the PFLP is one of the most active political parties in the camp, second only to Fatah, making membership to the PFLP among the locals extremely high.

In July 2017, IFPB launched its 62nd tour to Israel and the Palestinian Authority, which included a delegation of 21 American citizens. The tour was named “Interfaith Network for Justice in Palestine Delegation” and was covered in the major social media outlets under the hashtag #JustFaith17. According to IFPB’s website, the JustFaith17 delegation was “co-sponsored” by two prominent BDS organizations, the American Muslims for Palestine and Jewish Voice for Palestine.

During the JustFaith17 delegation, IFPB lodged four of its tour participants with a Palestinian host-family. The delegates’ host was Anas al-Saifi, identified in IFPB social media posts only as “Fashek.” Social media posts published by the delegates mentioned that al-Saifi was wanted at the time by the IDF for arrest,  and he went into hiding to evade Israeli authorities. On the morning of July 30, 2017, al-Saifi returned to his home to take the IFPB delegates to breakfast with his close friend Raed al-Salhi, a known PFLP operative in Dheisheh. The breakfast was documented on social media and referred to by the official IFPB Facebook page.

In posts on its social media outlets, the IFPB articulates support for Palestinian terrorists, describing them as victims of Israel ruthless behavior, and identifies with the demand of the Palestinians to “return” to Israel in a way that will lead the annihilation of the Israel as the nation-state of the Jewish people.

Affiliation with the BDS Movement

IFPB’s involvement in the West Bank goes beyond its affiliation with PFLP. It is also entangled with a more popular yet not any less harmful kind of resistance: the BDS movement. IFPB has identified Palestinian BDS co-founder Omar Barghouti as a “long-time partner” of IFPB. Furthermore, IFPB is part of a broader coalition of organizations that forms the U.S. Campaign for Palestinian Rights (USCPR). It co-organizes events with USCPR and other BDS organizations including, but not limited to: Code Pink, the American Friends Service Committee, and Defense for Children International – Palestine.

While Interfaith Peace-Builder (Eyewitness Palestine) claims that its delegations’ aim to provide an educational interfaith experience in the name of human rights, these actually serve as a vehicle for radicalization. Indeed, IFPB exposes its participants to extremist organizations, houses them in the homes of U.S.-designated PFLP terrorist operatives, and encourages them to participate in violent and dangerous demonstrations against Israel. Although participants might be well-meaning when they initially sign up for these delegations, IFPB facilitates their exposure to the PFLP’s terrorist agenda by rebranding it as a legitimate human rights effort.

Like Loading...
Recommended for you:
Continue Reading
Advertisement
You may also like...
Related Topics:BDS, Israel, Palestine, Students for Justice in Palestine National Organizing Committee, United States