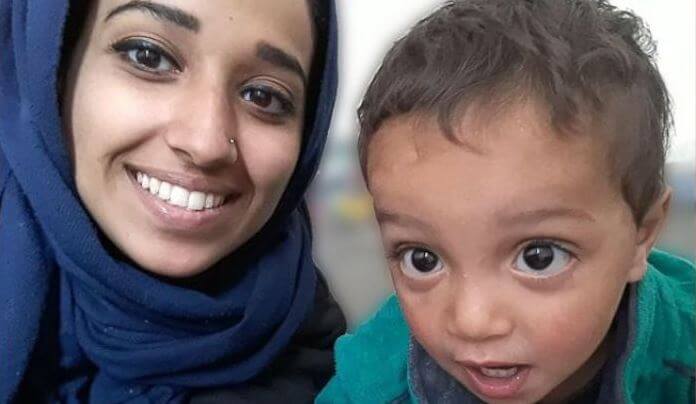 The establishment media and Hamas-linked CAIR continue to push for the US and the UK to readmit Islamic State jihadis. These are people who joined an entity that is avowedly at war with both countries, and that has repeatedly called for the murder of American and British civilians. They should not be allowed back in. So far the Trump administration is standing firm.

Secretary of State Mike Pompeo rejected the citizenship argument being made by Hoda Muthana, a woman known as an ‘ISIS bride’ for her decision to leave the U.S. and marry a terrorist fighter in Syria, calling her a ‘noncitizen terrorist’ and adding ‘she’s not coming back to the United States.’

‘She’s a noncitizen terrorist. She has no legal basis for her claim of U.S. citizenship. She’s not coming back to the United States to create the risk that somebody should return to the battlefield and continue to put at risk American people, American kids, American boys and girls that were sent to help defeat ISIS. She put them at risk. She’s not a citizen. She’s not coming back,’ Pompeo said on ‘Fox News Sunday.’

‘Fox News Sunday’ host Chris Wallace pressed Pompeo on Muthana’s citizenship issue but he didn’t elaborate other than to say the U.S. has a ‘strong legal basis for our claim.’

‘So, there’s litigation ongoing,’ Pompeo said. ‘Here’s what I can tell you, we have a strong legal basis for our claim that she is not citizen and she’s not coming back.’

Muthana attorney Hassan Shibly told DailyMail.com on Wednesday that his client is a citizen because she was born in the U.S. He claimed the Trump administration is trying to make her a ‘test case’ to support the president’s position that awarding birthright citizenship requires a misreading of the U.S. Constitution.

‘The Trump administration has been trying to limit birthright citizenship,’ Shibly said, claiming the president will likely ‘try to use’ the case ‘against a much broader group of Americans, mostly Latino Americans.’