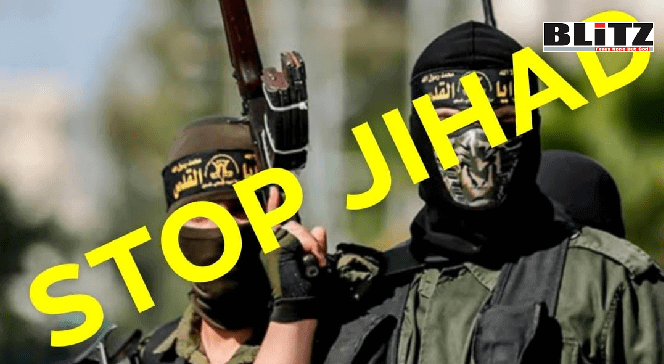 Internationally acclaimed multi-award-winning anti-jihadist journalist Salah Uddin Shoaib Choudhury and few of his friends have recently launched a group named Stop Jihad on the Facebook with the objective of creating awareness about the rise of militant Islam and sharia rule as well as jihadist activities around the world.

The group now though has only a few dozens of people, it is anticipated that the number will grow very fast as the moderators are planning to post links from newspapers and news sites from the world on radical Islam and jihad.

Commenting on the reason behind launching this group, Mr. Choudhury said, “Since 2003, our newspaper Blitz, which is the only anti-jihadist publication in the Muslim world, has been playing a very effective role in creating mass awareness amongst the policymakers in particular in the Muslim nations and the world on the threats posed by radical Islam and jihad. We are the only newspaper in the entire Muslim world that opposes sharia rule, burqa, hijab and notorious groups like Tablighi Jamaat”.

He said, “There are a number of organizations in the West, which are working against radical Islam, but in my opinion, their impact is very nominal. They do not have any impact particularly in the Muslim world, for example, while their assessment of the activities of radical Islam in the Muslim nations are mostly weird. They actually do not know much about what is really happening here. Even they are mostly not aware of the threats posed by organizations like Tablighi Jamaat or radical Islamic clerics like Zakir Naik. This was Blitz, which has fought the battle alone against Islamist and jihadist groups such as Hizbut Tahrir, Hizb Ut Towheed, Tablighi Jamaat and individuals like Zakir Naik and exposed their faces to the people. While those anti-jihadist organizations and groups in the west are spending millions of dollars towards their efforts against radical Islam, we much bigger impact, while we do not run our activities either on grant or donation from anyone”.

Shoaib Choudhury has called upon everyone who confronts radical Islam and jihad to join Stop Jihad group on the Facebook and make this the most vibrant platform of exchanging views and opinions on the threats posed by radical Islam, sharia and jihad.