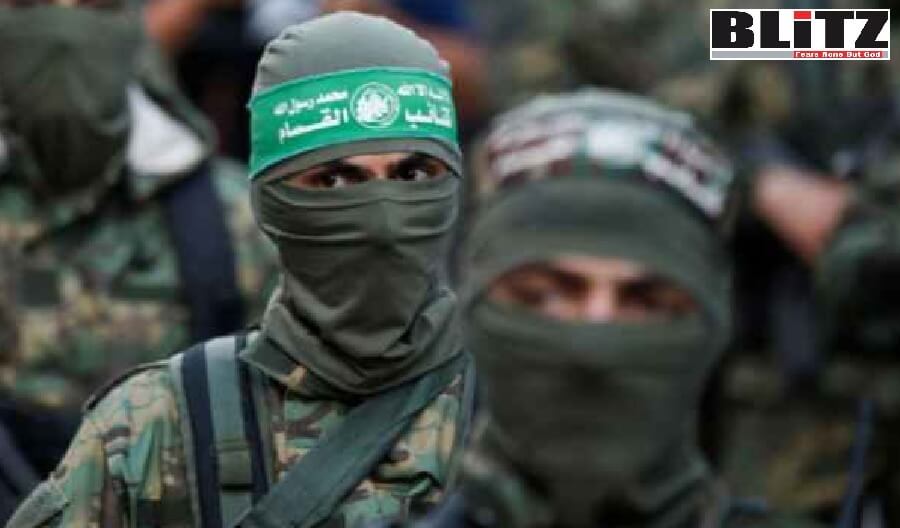 Australia finally got around to listing the infamous jihad terror group known as the Islamic Resistance Movement, and better known as Hamas, as a terrorist group on Thursday. Writes Robert Spencer

Australia finally got around to listing the infamous jihad terror group known as the Islamic Resistance Movement, and better known as Hamas, as a terrorist group on Thursday. That’s great, even though it should have been done years ago. The way that Australian authorities chose to do it, however, once again demonstrated the moral cowardice and intellectual bankruptcy of the Left: the Australians had to find a way to condemn Hamas without appearing to be “Islamophobic.” They found a way to do that, but they didn’t find a way to avoid appearing to be woke, politically correct fools.

The Associated Press reported Thursday that Australia has “added the U.S.-based far-right extremist group National Socialist Order and planned to add the entirety of the Palestinian group Hamas to its list of outlawed terrorist organizations as concerns rise about radicalized children.”

Now, it’s easy to see why Hamas is being added to the list of outlawed terrorist organizations. Just in the past few days, its plan to target Israelis living in the Philippines was thwarted. It celebrated the murder of a 91-year-old Holocaust survivor. Before that, it sent rockets into Israel on New Year’s Eve. The leader of the Hamas Women’s Movement has claimed that all the Muslim women in Gaza are ready to blow themselves up in jihad suicide bombings.

And that’s just recently. For decades now, Hamas has called for and worked toward the total destruction of Israel, which would necessarily involve a new genocide of the Jews. For years, its website featured a “Glory Record” detailing its murders of Israeli civilians. Hamas also receives funding from the Islamic Republic of Iran, which is just as genocidal and anti-Semitic as Hamas itself.

At the same time as it announced intentions to list Hamas as a terror group, Australia’s Home Affairs Minister Karen Andrews announced that it had also added “the National Socialist Order, formerly known as Atomwaffen Division,” to its terror list. It seems that the National Socialist Order “advocates a global ‘race war’ and the collapse of democratic societies.” This is not the first “far-right” group that Australia has added to its terror list: “The Base, a neo-Nazi white supremacist group formed in the United States in 2018, was listed in December and the British-based Sonnenkrieg Division was listed in August.”

So the National Socialist Order is a rump group formed out of another that collapsed, and is likely to be an insignificant band of potbellied LARPing sociopaths, or else FBI agents trying to validate a “far-right” threat. That hardly compares to Hamas, an organization that for years has terrorized a nation with jihad rocket attacks and attacks on civilians. Hamas has international support, most notably from the Islamic Republic of Iran, while no nation has or ever will given support to the National Socialist Order.

So why has Australia only listed Hamas as a terror group in tandem with this insignificant band of Nazi idiots? The answer is clear. Australian authorities are trying to prop up the National Socialist Order as some kind of moral equivalent to Hamas, in order to try to avoid enraging its Muslim population, among whom are numerous Hamas supporters, and to avoid giving the impression that the Australian government is “Islamophobic” and is targeting only Islamic terrorists while ignoring non-Muslim terrorists.

This sort of thing isn’t limited to Australia, of course. I myself am banned from Britain in the British government’s absurd attempt to smear me as a “far right” leader on par with jihad terrorists. Then-Prime Minister Theresa May said in 2016: ““And I acted to keep those who peddle hatred and extremism out of our country. I kicked out Abu Hamza and Abu Qatada. I stopped Pamela Geller, Robert Spencer and Pastor Terry Jones – because Islamophobia comes from the same wellspring of hatred. And I stopped people like Dieudonne coming to Britain. Because nothing excuses antisemitism – not comedy, not satire, not even irony. Antisemitism is just hatred. And it is just wrong.”Spen

So as far as May was concerned, Pamela Geller and I were the “Islamophobic” equivalents of Abu Hamza and Abu Qatada. Abu Hamza is in solitary confinement in a super-max U.S. for, among other things, conspiring to set up a training camp for jihad terrorists in Bly, Oregon. Abu Qatada was convicted of plotting the jihad massacre of Americans and Israelis in Jordan. Neither Geller nor I have ever advocated or condoned any violence at all. But May needed some “far-right extremists” to balance her actions against jihadis and appease Muslims in Britain, and so she didn’t hesitate to smear us.

In fact, calling the National Socialist Order “far-right,” the same term that is used for people (including me) who aren’t remotely Nazi and are simply enunciating unwelcome truths, shows how the term is employed as a weapon to stigmatize, demonize, and marginalize all those whom the elites hate. Lump us in with some Nazi idiots, and the job is done.

It’s good that Australia will list Hamas as a terror group. But the way Australian officials have done it shows them to be Leftist cowards and self-deluded fools.

Robert Spencer is the director of Jihad Watch and a Shillman Fellow at the David Horowitz Freedom Center. This article is republished from FrontpageMag.