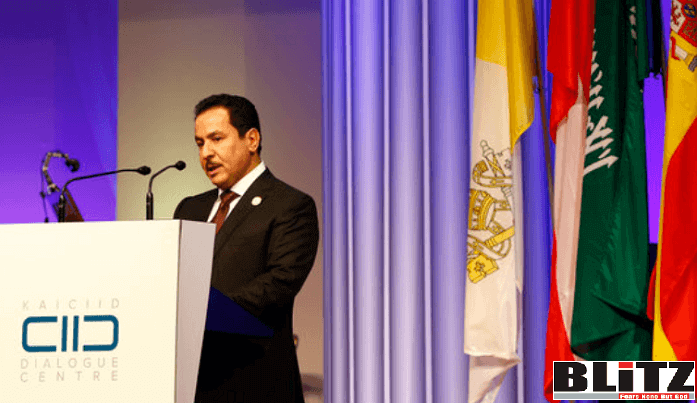 Saudi Arabia is certainly not the only Islamic country that is spreading its influence throughout the West under a banner of “dialogue” and “peace,” while routinely abusing the human rights of its citizens in the name of Islam. Turkey, Iran, and the Palestinian leadership do this also.

In addition to Saudi Arabia’s human rights abuses is also another little noted but critical reason to close the Centre, and in fact other similar foreign-funded Centres with funding from Islamic states that claim to advance “interrelgious and intercultural dialogue.” Such centres are also often fronts for advancing the Sharia values of Salafi-promoting states, and they routinely use the “Islamophobia” subterfuge to do it.

Take for example, Georgetown University’s multi-million dollar funded Prince Alwaleed bin Talal Centre for Muslim-Christian Understanding. The Centre “launched its new multi-year research project on Islamophobia” in 2015 called The Bridge Initiative, where the hateful Nathan Lean once served as Research Director. Lean, a supposed “dialogue” advocate, has called for a public uprising to overthrow Trump; and for an as-yet unknown reason, Lean deleted his outrageous tweets that revealed his “bizarre hatred obsession” and “Islamophobia”-wielding tactics. But those tweets were captured in a Jihad Watch exposé here, here and here, thanks to Andrew Harrod.

The Centre continues to aggressively promote the shutting down of the freedom of speech in its “Islamophobia” drives and maligning of truth-tellers using so-called “Factsheets.” On a positive note, Jihad Watch has just reported that the “Department of Education is going after U.S universities over supposed ties to foreign governments” and that “at the top of the list are Georgetown University and Texas A&M, which have taken hundreds of millions of dollars from the government of Qatar.”

In another example, the Iranian embassy in Canada that was shut down by the former Conservative Government, after it was uncovered that Hamid Mohammadi, an Iranian official working as Cultural Counselor to the Embassy in Canada, was operating covertly as a regime operative. Iran was in fact “using its embassy in Canada to mobilize loyalists of Islamic Republic to infiltrate the Canadian Government and, some terrorism experts worry, attack the United States.”

The shutting down of the King Abdullah bin Abdulaziz International Centre for Interreligious and Intercultural Dialogue in Austria is a good first step in recognizing the dissonance in what this organization claims to represent versus the facts regarding Saudi Arabia’s human rights record. As a next step beyond the hypocrisy, however, many other initiatives need to be scrutinized by Western authorities for their methodology (e.g. advancing the “Islamophobia” subterfuge) and leadership. Unfortunately, too many Western leaders have succumbed to dhimmitude in response to the Islamophobia/Sharia police, a result of the very effectiveness of such foreign institutions.

“Austria to shut down Saudi-backed interfaith centre”, The Local, June 13, 2019:

The Austrian foreign ministry said on Wednesday it would implement a vote by MPs on the topic of closing a controversial Saudi-funded centre. The facility was created for religious dialogue in the capital Vienna.

The latest vote was prompted by a recent case in which an 18-year-old was sentenced to death in Saudi Arabia for alleged crimes committed when he was a child.

Austria’s foreign ministry said that it would comply with parliament’s decision and was “checking the necessary legal steps” in order to do so.

The centre would be closed in a way that “will not cause damage to Austria’s foreign policy interests and which is in line with international practice,” the ministry said in a statement.

The centre has been a periodic source of controversy since opening in 2012, with critics saying it offered the government in Riyadh a way to gloss over accusations of severe human rights violations.

In a statement on Wednesday KAICIID said it had “received the news of today’s parliamentary vote with concern”.

“KAICIID stands by its record in fostering dialogue all over the world. It should be judged on this record,” the statement said.

KAICIID said its “activities cannot… be identified with any particular state”.

The centre was opened with great pomp by UN chief Ban Ki-moon and senior figures from the world’s main religions.

Its founding treaty was signed by Austria, Spain and Saudi Arabia, with the Holy See participating as a founding observer.

Until recently the centre had always enjoyed a degree of political protection in Austria, particularly from the centre-right People’s Party (ÖVP) and its leader Sebastian Kurz.

But the collapse of Kurz’s government last month, and his subsequent removal as chancellor in a confidence vote, meant that other parties were able to join forces to vote for Wednesday’s motion on KAICIID.