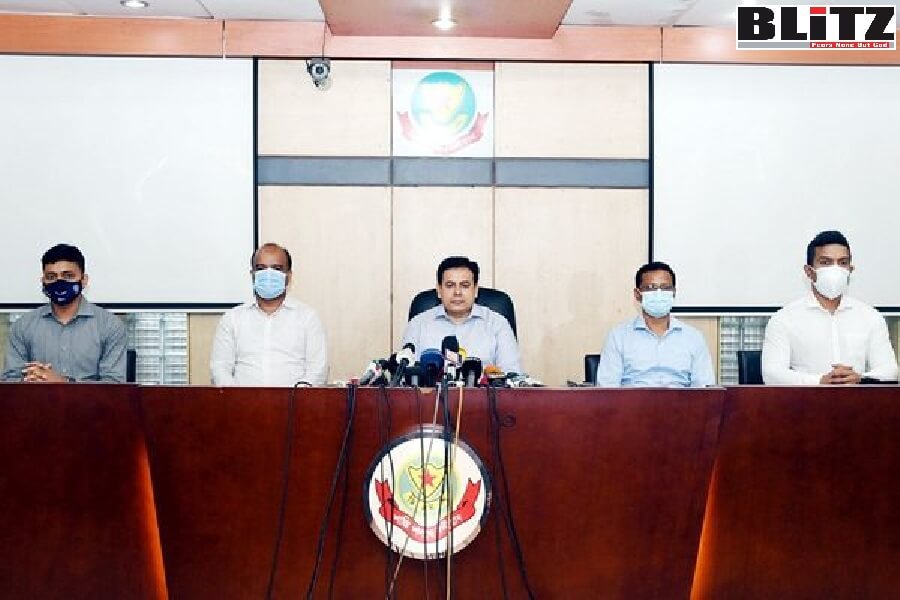 With smart approach and incessant operations, Bangladesh Police through its counter terrorism and transnational crime (CTTC) unit of the DMP has dismantled the militant’s network.

Addressing a press briefing at DMP Media Centre marking the fifth anniversary of Holey Artisan attack, he said the CTTC was given responsibility to investigate the horrific attack, adding, “And then the CTTC arrested all terrorists, planners, financiers and accused involved in the terrorist attack in the shortest possible time and submitted a police report to the court.”

The CTTC chief said the CTTC has taken a tough stance against terrorism and a coordinated step like hard and soft ‘Smart Approach’ against militants.

As part of the Smart Approach, the CTTC has organized various seminars and workshops to raise awareness on law enforcement as well as building social resistance against terrorism, he added.

He added that workshops were also held with participation of extremists/terrorists (bailed), terrorist’s parents and family members, victims of terrorist incidents, their family members and various stakeholders.

The CTTC chief said 174 workshops have been organized so far with participation of people from different walks of life and through the workshops 39,400 people were made aware against extremism directly.

Realizing the importance of adopting an integrated strategy to prevent terrorism through taking views of all participators concerned, the CTTC organized the first National Anti-Extremism Conference in 2019 with participation of concerned ministries/divisions, civil society, education research persons, various NGOs and international NGOs, he said.

“Awareness activities including cyber monitoring are being carried out by CTTC to keep cyberspace safe,” the additional commissioner added.

He further said that CTTC is working relentlessly to implement the anti-militant zero tolerance policy declared by the Prime Minister, adding, “Militant organizations have no capability to carry out large-scale sabotage, as the CTTC destroyed their networks.”

On July 1, 2016, at 8:45pm, a group of five terrorists carried out a horrific attack on innocent people present at the Holey Artisan Restaurant at 79 Road, Gulshan.

A total of 20 locals and foreigners were killed in the atrocities of the attackers. Every one of them was brutally killed by the terrorists. Nine Italians, seven Japanese, one Indian, one Bangladeshi origin American and two Bangladeshi nationals died.

A total of 32 people were rescued alive in the joint resistance operation. A case was filed with Gulshan Police Station on July 4, 2016 under the Anti-Terrorism Act.

The investigation found involvement of 21 accused. Five of them were killed in Operation Thunderbolt, and eight more were killed in subsequent law enforcement operations later.

The court sentenced seven people to death and acquitted one after the argument.