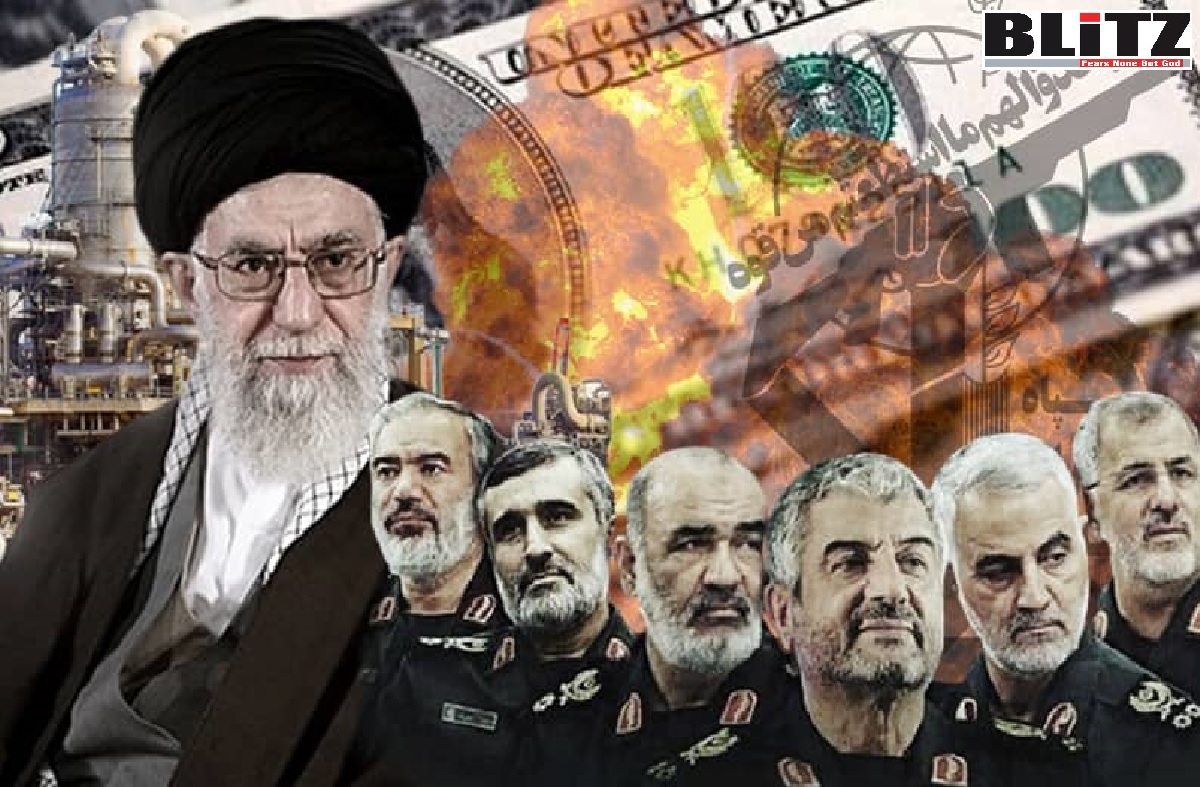 Biden administration is letting members of foreign terrorist groups such as Iran’s notorious Islamic Revolutionary Guard Corps (IRGC), Palestinian mega-terror outfit Hamas, and even Islamic State and Al Qaeda enter the United States despite the fact of being in the terror watch list. And such bids of the Biden administration are applauded by Ilhan Omar, Rashida Tlaib and members of Squad, including Alexandria Ocasio-Cortez.

According to the Daily Mail report, fifty terrorists on the terror watch list have been apprehended at the Southern border only during the past six months of 2021, while it is unknown how many succeeded in entering the United States without being traced or caught.

And now, Joe Biden and his administration have opened up a new way for letting terrorists enter the United States. According to Iran International English, “the Biden administration has decided to lift a controversial ban on the entry into US of Iranian men who’d been conscripted into IRGC, a Foreign Terrorist Organization, as part of their compulsory military service, as they don’t ‘pose a national security or public safety risk’”.

The IRGC is Iran’s Islamic Revolutionary Guards Corps, which the Trump administration rightly designated a terrorist organization in 2019. In their avidity to roll back every last thing that Trump did, Biden’s handlers are once again actively endangering Americans and pushing lives of the people at mercy of Islamist jihadists.

The Biden administration’s decision to allow several members of IRGC into the United States is a compromise move designed to appease Iran’s cruel mullah mafia regime and get the nuclear deal negotiations moving once again.

It may be mentioned here that, Joe Biden has removed Iranian proxy Houthis from the terror list within days of assuming office. This dangerous bid was applauded and supported by Kamala Harris, Ilhan Omar, Rashida Tlaib and all the pro-Islamist and anti-Semite members of the Squad.

Understanding Biden administration’s weaknesses and its continuous efforts of appeasing Iranian mullah mafia regime, Tehran is making all the efforts of extracting as much as benefit from Biden and his men. As Iranian regime got confident about Joe Biden’s desperation in bringing them back into nuclear negotiation table, Tehran demanded that as a condition of the deal, the United States remove the Foreign Terrorist Organization designation from the IRGC. Although initially Biden administration did not accept this demand, now it is trying to get them going by allowing low-level IRGC members into the United States while maintaining the terrorist designation with a secret promise of ultimately removing IRGC from terrorist list once Democrats succeed in getting majority in the Congress and Senate during November midterm elections.

Lapid and Bennett also noted that the IRGC “directs and instructs Hezbollah in Lebanon, Islamic Jihad in Gaza, the Houthis in Yemen and militias in Iraq, and that the body is responsible for attacks against American civilians and American forces throughout the Middle East, including in the past year”.

Iran International added that “Secretary of Homeland Security and Secretary of State, in consultation with US Attorney General, concluded that the ban shall not apply with respect to an individual who provided insignificant or limited material support to an FTO (like IRGC) under routine social transactions”.

The hostility of the Iranian mullah mafia regime to the United States is abundantly established. Under this new arrangement, what would prevent the mullahs from sending IRGC terrorists into the country? They would, of course, be carefully vetted on the Iranian side, so as to ensure that they had been conscripted into the organization and had previously provided it with only “insignificant” support.

Those who assume that the mullahs would never do that because they want the nuclear deal are naïve. Back in 2015, as Obama’s original nuke deal was being concluded, 192 members of Iran’s 290-seat parliament declared: “The martyr-nurturing nation of Iran is not at all prepared to abandon the slogan of ‘Death to America’ under the pretext of a nuclear agreement”. This slogan, they said, had “turned into the symbol of the Islamic republic and all struggling nations”.

Meaning, Joe Biden is welcoming members of Iranian IRGC to “destroy America” and implement the bloody agenda of the Iranian mullah mafia regime.