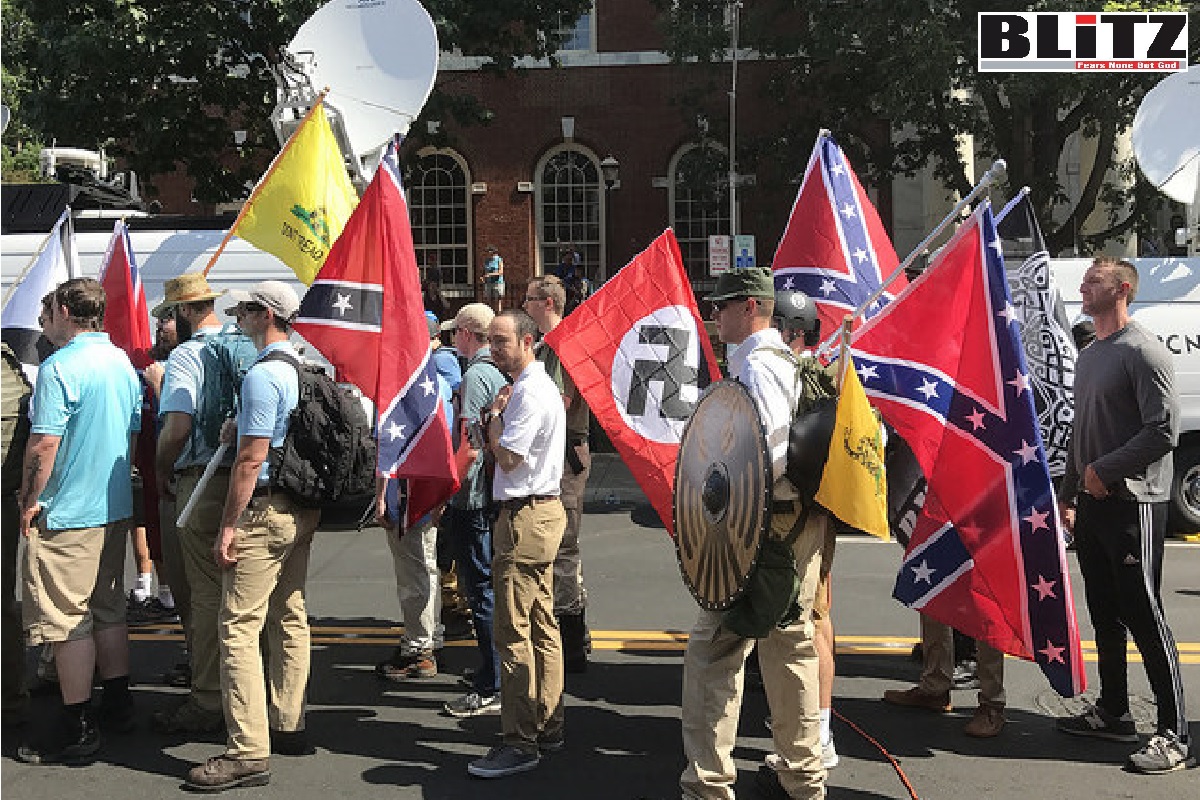 A few weeks after the Buffalo mass shooting, another domestic terrorist attack occurred in the upstate New York city. CompassCare, a pregnancy care clinic guiding new mothers away from abortion, was firebombed by the pro-abortion hate group, Jane’s Revenge. The group has been linked to the firebombing of at least two other pro-life offices and organizations last month.

Its threatening graffiti included the warning, “If abortions aren’t safe, then you aren’t either.”

“We demand the disbanding of all anti-choice establishments, fake clinics, and violent anti-choice groups within the next thirty days,” the Jane’s Revenge communique threatened. “We are forced to adopt the minimum military requirement for a political struggle.”

While Congressional Democrats are moving ahead with their Jan 6 hearings which seek to falsely blame Republicans and conservatives for the Capitol riot, they have no interest in allowing similar hearings about the ongoing campaign of domestic terrorism by their leftist allies.

Instead, the Biden administration is giving a pass to even the worst offenders.

The Biden administration’s DOJ decided to reduce a plea for Colinford Mattis and Urooj Rahman, two radical lawyers who were handing out and throwing Molotov cocktails during the Black Lives Matter race riots, from 10 years in prison to 18 months.

The DOJ’s reason for giving the leftist domestic terrorists a pass is because of the “history and personal characteristics of the defendants”. The key characteristic here is political.

Despite a massive national wave of violence, deaths, injuries, and billions of dollars in damage involving tens of thousands of racialists and leftists, there has been virtually no accountability.

In Portland, where a federal courthouse was besieged for over a year by a military style assault which bombarded personnel with commercial grade fireworks, threw bricks and shone lasers into the eyes of federal agents, Biden’s DOJ gave most of the insurgents a pass.

As of last year, Biden’s DOJ had tossed overboard half the cases from the riots. At Senate hearings, Attorney General Merrick Garland insisted that the leftist recreation of the Fort Sumter attack wasn’t a “core attack on our democratic institutions” which is a political, not a legal test.

This was a deliberate effort by Biden’s DOJ to not only give the leftist insurrections a pass, but to protect them from any further legal action after the illegitimate leftist regime is out of power.

In the Black Lives Matter mostly peaceful Molotov cocktail case, a former federal prosecutor stated that, “Swapping in a softer plea agreement after having gone through the plea hearing is an exceedingly rare event in federal court.”

The Biden administration seems to be creating a lot of these “rare” events for its terrorist pals.

Last year, Senate Democrats confirmed Tracy Stone-Manning, Biden’s nominee to head the Bureau of Land Manangement, despite her past as a domestic terrorist. Biden’s nominee had admitted to not only being part of an eco-terrorist group, but sending a terroristic letter to the Forest Service threatening “You bastards go in there anyway and a lot of people could get hurt.”

Every single Senate Democrat, including Manchin and Sinema, voted to confirm a spokeswoman for what even the FBI describes as a “radical group” responsible for numerous attacks, including arson.

Many of these same Senate Democrats claim to care a great deal about domestic terrorism, including Senator Dick Durbin, Senator Tammy Baldwin, and others who co-sponsored the Domestic Terrorism Prevention Act even as they rewarded a domestic terrorist with a top job.

While the Democrats and their media continue to falsely allege that the Trump administration was responsible for the Capitol riot and somehow wanted it to happen, despite the rioters leaving while the former president was speaking and his statement discouraging violence, the Biden administration has demonstrated that it has deep connections to leftist domestic terrorists.

And that is something genuinely worth investigating in a sitting presidential administration.

The Black Lives Matter race riots played a key role in changing the political narrative and undermining the Trump administration. The threat of further race riots was used to intimidate voters into supporting Democrats and assorted radicals in the 2020 election and beyond.

The Biden administration benefited from these riots. Much as it’s benefiting from the current surge of pro-abortion domestic terrorism, including threats of insurrection aimed at blocking the Supreme Court from issuing its ruling. Clearly an attack on a “core” institution.

#ShutdownDC, for example, is planning to “expand the current political crisis by shutting down the Supreme Court.” The leftist group which is linked to the Democratic Socialists of America, major unions, and a whole range of lefty D.C. protests, has openly laid out its plans, but you couldn’t pay the FBI or DOJ to care. AG Merrick Garland hasn’t even condemned the move.

“Insurrections” only matter when they obstruct the Left, not when they carry out its agenda.