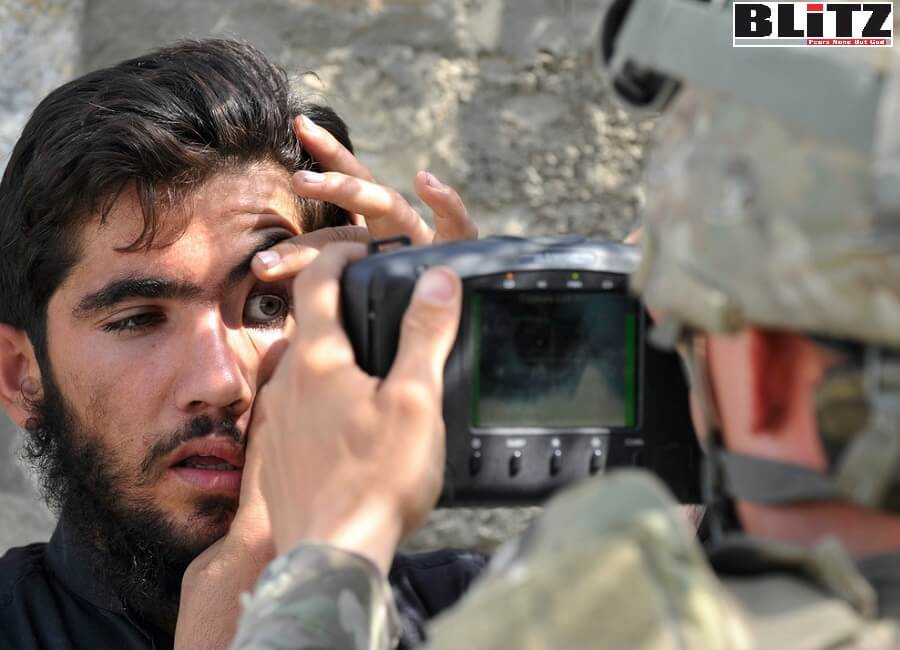 Biden-Harris administration has committed another blunder which can result in serious human disaster in Afghanistan. According to media reports, not only does the Taliban have lists of the names and phone numbers of every Afghan who worked for US in the past two decades, but the Taliban is also in possession of sophisticated biometric data machines (Handheld Interagency Identity Detection Equipment-HIIDE).

In addition to the fields of attack helicopters that the United States turned over to the Taliban when Joe Biden precipitously ordered American troops out, there are medical supplies, weapons, piles of ammunition, and vehicles.

And biometric data and readers, with which those terrorists likely now can identify many of those individuals who worked with an international coalition of forces over the last 20 years in its effort to rid the nation of terror.

A report by Christine Douglass-Williams on the Jihad Watch blog got directly to the point: “Not only does the Taliban have lists of the names and phone numbers of every Afghan who worked for US in the past two decades, but the Taliban is also in possession of sophisticated biometric data machines (Handheld Interagency Identity Detection Equipment-HIIDE).

“The implications are disastrous.

The report said HIIDE devices hold identifying information such as iris scans and fingerprints as well as biographical details.

To the U.S., it was helpful “in identifying bomb-makers, while it was also used to confirm the identities of contractors and locals working with the U.S. military,” he said.

The report said the danger now is not only to Afghans who helped the coalition, but coalition members as well.

“In light of Biden’s disastrous incompetence, also worrying is that he previously proposed a budget for 2022 which sought ‘more than $11 million to purchase 95 new biometric collection devices expanding upon those used in Afghanistan and Iraq.’ What he intends to do with these purchases isn’t disclosed, only the capability of the devices,” the report said.

Those details included, “This updated database will make it more efficient for warfighters to collect, identify and neutralize the enemy.”

The Jihad Watch report charged, “Joe Biden is so incredibly incompetent that his debacle in Afghanistan increasingly resembles deliberate sabotage.”

It was the Intercept that reported several of its sources, “a Joint Special Operations Command official and three former U.S. military personnel,” all expressed concern the system could be used by the Taliban.

That report noted the Taliban could need additional tools to process HIIDE data, but noted a source explained Pakistan would be able to help the terrorists.

The U.S. military has used HIIDE tech for years in the war on terror and it was this concept that helped identify Osama bin Laden during that 2011 raid on his Pakistani hideout.

“I don’t think anyone ever thought about data privacy or what to do in the event the [HIIDE] system fell into the wrong hands,” warned Welton Chang, chief technology officer for Human Rights First, himself a former Army intelligence officer, to the Intercept.

“Moving forward, the U.S. military and diplomatic apparatus should think carefully about whether to deploy these systems again in situations as tenuous as Afghanistan.”

The report explained the U.S. didn’t only collect information about criminals and terrorists; the government appears to also have been collecting biometrics from Afghans who were helping in diplomatic projects, as well as those working with the military.