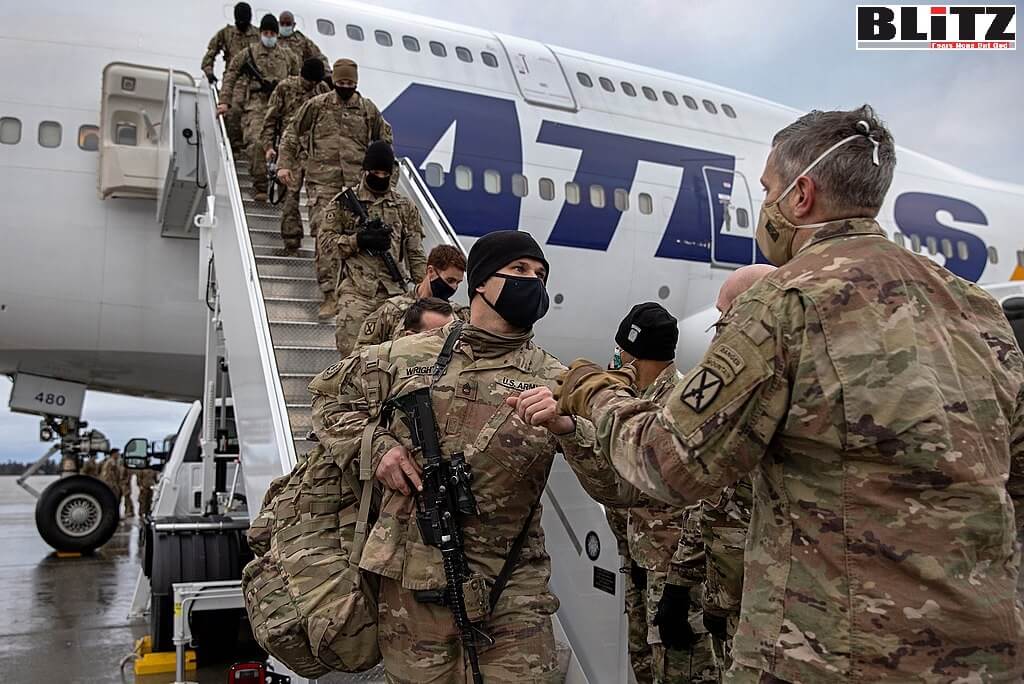 Alas, President Joe Biden’s regrettable decision to remove the remaining three thousand or so U.S. combat forces from Afghanistan, and to pull them out fast this year, has put the country’s future in doubt. To be sure, things were bad before. But they are much worse now. Writes Michael O’Hanlon

There is another possible future for Afghanistan, and while not pretty, it is strategically far preferable for the United States: a military stalemate, in which the Taliban holds some of the country and the government while friendly militias hold another big chunk.

Dozens of Afghanistan’s four hundred or so districts have fallen to the Taliban since spring. Six of the country’s thirty-four provincial capitals have fallen in the last week. The United States and NATO partners are now virtually gone from the country, except for a few hundred Turkish and U.S. troops guarding the airport as well as key embassies in the capital city, Kabul. Like Rome and Saigon before it, will Kabul soon fall? Will the Taliban take general control of the country—just as, with the exception of pockets of the nation’s north, it did in the late 1990s? The Central Intelligence Agency seems to think so; a recently leaked report from Langley apparently argues that the government of President Ashraf Ghani may collapse in the course of this year.

Alas, President Joe Biden’s regrettable decision to remove the remaining three thousand or so U.S. combat forces from Afghanistan, and to pull them out fast this year, has put the country’s future in doubt. To be sure, things were bad before. But they are much worse now. Whether or not a Taliban-run Afghanistan would ever become a sanctuary again for Al Qaeda or related terrorists, we would have to work very hard to ensure that was not the case—meaning Biden may wind up having to spend more time and resources on Afghanistan after our departure than was the case before. Millions of Afghans, including women and minorities and intellectuals and reformers and U.S. friends, now face greater peril than ever.

But all is not yet lost. At least, it might not be. Neither U.S. Central Command nor CIA experts truly know. After all, the CIA thought Syrian president Bashar al-Assad would not last more than a few months once the Arab Spring got going; a decade later, he is still president. This is not to criticize the CIA so much as to note the inherent uncertainties in political-military risk assessment.

There is another possible future for Afghanistan, and while not pretty, it is strategically far preferable for the United States: a military stalemate, in which the Taliban holds some of the country and the government while friendly militias hold another big chunk. Perhaps, with luck, this kind of standoff could over time produce the possibility of negotiations on power-sharing. At a minimum, it could help keep U.S. allies alive and provide relatively secure parts of the country from which friendly intelligence assets can be based, making it easier to prevent the emergence of violent extremist sanctuaries in Afghanistan in the future.

To see how this kind of effective partition of the country could emerge, it is useful to paint a rough image of Afghanistan. Most of the country’s forty million inhabitants live in rural areas. But the cities are key, with Kabul roughly at the geographic center, and then four big regional cities along the country’s perimeter, connected by the “ring road:” Mazar-e-Sharif in the north, Jalalabad in the east, Kandahar in the south, Herat in the west. None of these major cities have fallen to the Taliban, though Kandahar (the inspirational home of the Taliban movement, and former home of Osama bin Laden) is now being contested. Kabul and these major regional centers together hold about ten million people; several million more people live in smaller cities like Kunduz, which has in fact fallen, as have certain stretches of territory that the ring road traverses.

A logical strategy for the Afghan government, supported by international partners, needs to focus on these priorities. Ghani may not wish to publicly declare which smaller cities would be conceded to the Taliban for the foreseeable future. Still, the government does need to form a campaign plan about when and where to fight. The essence of the strategy should probably include these elements:

Protect Kabul and the four major regional centers, even if Kandahar might fall. Recognize, too, that car bomb attacks, like the one last week in Kabul near the defense minister’s house, and other “spectacular” attacks cannot be completely prevented.

Develop a clear sense of which parts of its military are most effective, starting with the special forces and perhaps the Army’s main formations like the 201st and 203rd Corps, which are both focused on the country’s east. Do not use these precious forces to retake land that cannot realistically be held (like most of the towns in Helmand province in the south, some mountainous zones in the east, and much of the country’s rural areas). Use these military officers to defend key cities and to conduct selective counterattacks.

Develop a plan with the United States and NATO to fund the army, policy, and some of those anti-Taliban militias that can help hold territory in certain parts of the country where the militias are stronger than the army—provided that the militias observe certain basic standards of human rights and restraint.

Find places in the region where western contractors can work with Afghans to maintain the country’s budding air force—needed to move special forces quickly on the battlefield and to attack Taliban concentrations.

Request that the United States embed U.S. special forces with certain Afghan army units (as in the fall of 2001, when they helped call in airstrikes against Taliban positions while working with the so-called Northern Alliance).

Request that the United States be willing to use its offensive airpower based in the broader region to help defend against Taliban attacks against the key cities, especially any concentrated attacks that might resemble a Taliban “Tet offensive.”

Develop a last-resort plan to relocate, humanely and safely, those Pashtun populations in the country’s north and west that provide cover, recruits, and support for the Taliban and that cannot otherwise be vetted or vouched for. The Pashtun, Afghanistan’s largest (but not majority) ethnic group, provides almost all Taliban supporters and sympathizers. Most Pashtun do not support the Taliban, but almost all Taliban are Pashtun. To create a dependable base of operations above the Hindu Kush mountains, this kind of step may ultimately need to be considered.

Clearly, the situation in Afghanistan is bad. In fact, the country is in a state of war unmitigated by any realistic hope of a successful peace process anytime soon, and it is a war that will continue to get worse before it gets better. But that is where things are, and these are the realistic choices.

Michael O’Hanlon is a senior fellow at the Brookings Institution and author of  The Art of War in an Age of Peace: U.S. Grand Strategy and Resolute Restraint.