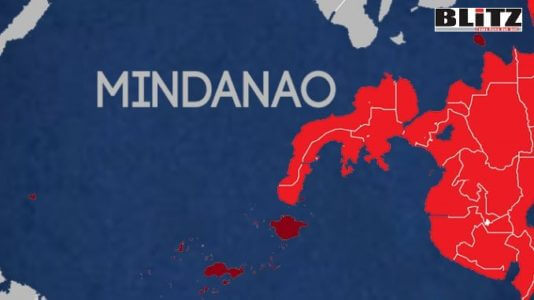 The ARMM was the product of the 1996 peace agreement of the government under then former president Fidel V. Ramos with the Moro National Liberation Front (MNLF). Both ARMM and BARMM include the provinces of Basilan, Lanao del Sur, Maguindanao, Sulu, and Tawi-Tawi.

Sadly, the imminent job and economic losses would further impoverish Maguindanao, one of the poorest BARMM provinces in our country.

Led by its chairman and CEO John Perrine, Al Sahar responded to the call of Murad for companies to engage in agricultural ventures to employ former rebels as they rejoin the peaceful way of life of the rest of Muslim people. Perrine quoted Murad calling this project as “beacons of hopes,” aimed at offering livelihood programs for the Muslim rebel returnees. He echoed Murad’s belief there can be no peace without development in Mindanao.

Perrine is credited for his profitably managing La Frutera, a 1,200-hectare banana plantation in the municipalities of Datu Paglas and Buluan, all located also in Maguindanao. Having an American father and a Filipina mother, Perrine considers himself a Filipino and has been living in Mindanao for more than two decades already. In fact, he had given up his American citizenship and passport in 1975 when he decided to live in Bukidnon and has since then been married to a Filipina.

Perrine has found himself being actively involved in the peace and development initiatives of the government that recruited him to become a member of the Peace Council in 2015 following the passage into law of the BBL.

To help entice businessmen to put up business ventures in the Bangsamoro provinces, the Japanese International Cooperation Agency (JICA) provided the Philippine government $125 million as official development assistance (ODA) during the Aquino administration. Dubbed as “Harvest Fund” to serve as financing facility to encourage private sector investment in the BARMM, the LBP was the designated implementing agency.

On Feb. 7, 2017, the LBP Board of Directors approved a P1.6-billion loan for 1,333 hectares that bear standard conditions for commercial loans. However, Al Sahar finds the loan facility too restrictive for their project development-oriented project. Perrine sought out a meeting with then LBP president Alex Buenaventura in Oct. last year to discuss the viability of the project. However, for undisclosed reason, Al Sahar received subsequently through verbal and informal advice of regrets that LBP will no longer proceed to extend any financing to the project.

Still not losing hope, Al Sahar applied for a loan for the project with DBP in December last year. DBP advised Al Sahar that it is eligible to secure a P2-billion loan for the same project and that it is prepared to extend financing. For the next six months the loan application went through the approval processes. Al Sahar, however, has not received until now any formal and official letter from DBP for the reason why their loan was being withheld.

During his state of the nation address in July this year, President Duterte called the attention of LBP for losing its sight on its original mandate to provide low cost financing to agriculture projects. The cessation of this banana plantation project employing former Muslim rebels could create big security issues that President Duterte surely would not wish to complicate the transition to peace at the BARMM.