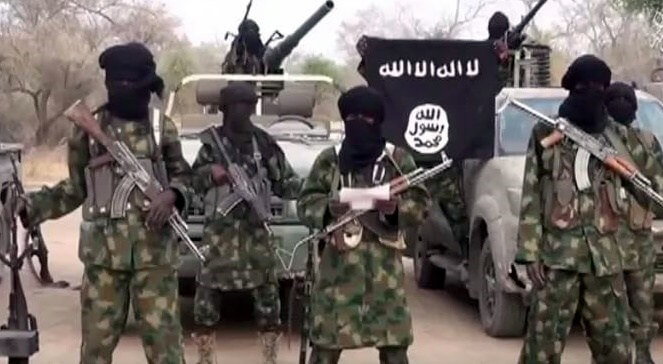 In order to defeat terror, Nigeria needs a well thought out anti-terror plan and one thing that must be central to that plan is the buy in of the people because terror can only thrive where there is local support. Take that local support structure away and the terror architecture will collapse like a pack of cards.

Terrorists are themselves human beings. Terror groups depend on recruiting from the local communities to replenish their ranks or they cannot grow. The members of Boko Haram are not spirits and while there definitely is some foreign influence, the overwhelming number of their leadership and followers are members of the local population. Central to our plans for defeating terror therefore must be to find out why young men in those communities are aggrieved enough to be alienated from Nigeria and attracted to the radical philosophy of Boko Haram and ISWAP. When we find out, we must prevent this alienation from occurring. The key to answering this question is to look at the economy of Nigeria and how that economy is distributed. Within Nigeria, the heartland of the terror insurgency is the Northeast, with Borno and Yobe states being the hardest hit. Surely, it cannot be a coincidence that the Northeast is also the most economically backward part of Nigeria with Borno and Yobe states worst affected. Recently, someone called Nigerian youths “lazy”. Rightly, there was an uproar over that indecorous slandering of a whole generation, but that type of mentality exposes the mindset that has led to the alienating of huge swathes of our youth, especially in the Northeast. When Nigerian youths feel that they are not valued as equal members of society that should have equal access to opportunity, they begin to take matters into their own hands. When the leadership of a nation fail to provide positive avenues for the youth to assert their intelligence positively, then the youth will find negative uses to express their innate intelligences.

Lack of access to education is linked to poverty and poverty is undoubtedly an incubator for crime, terrorism or militancy. On November 22, 2016, the United Nations Children’s Fund (UNICEF) revealed that a whopping 70% of children in Kebbi state are not in school. They also revealed that they do not have reliable figures for states such as Borno and Yobe, but the numbers may well be more. Even likely so. In 2016, my running mate, former Governor Peter Obi, gave an Independence Day speech at The Platform event organised by Covenant Christian Centre in Lagos. It was an unforgettable Independence Day event which, according to Google analytics, was the most searched item in Nigeria on that day, besting even the President’s own speech. Why was that speech so attractive to Nigerians? It is because Mr. Obi gave a detailed breakdown of the reality of governance in Nigeria today, which is one of a wasteful squandering of the riches that should have gone into the development of our youth. And he is not alone in noticing this. Youth everywhere and especially in the Northeast are seeing this. The Nigerian government and the Nigerian elite are not offering them a way out of this dilemma. However, anti social groups, like Boko Haram and ISWAP, are exploiting their dissatisfaction with society and are offering our youth a utopian ideal which is in reality a dystopia. These youth read about highly connected government officials who pilfer ¦ 200 million that was meant for Internally Displaced Persons, without so much as a slap on the wrists, they hear about suspected mega thieves who are returned by government, reinstated into the civil service, given promotions and armed guards and treated like royalty.

These events only deepen their alienation from society and affirm the twisted messages of groups like Boko Haram and ISWAP. To defeat terrorism therefore, we need to arm our military and motivate them with good working conditions and terms of services, especially for the lower ranks who face the greatest risks and are the least paid. We need to demonstrate that when you fight for Nigeria, Nigeria will fight for you, but even more importantly, we must show that when you die in the services of Nigeria, your name and your survivors will be celebrated by the society that you died for. We must also help our military win the hearts and minds of the people of the Northeast by empowering them to open soup kitchens where they give food to the hungry. We must encourage them to set up field hospitals where they treat the local population free of charge. Even something as giving each soldier a pocketful of sweets to handout to little children on the streets will help the military win the love and affection of the local population and turn their allegiance to our armed forces. That is one part of the plan. The other part of the plan, which is even more important, is that we must starve Boko Haram and ISWAP of their recruiting tool by quickly and effectively restructuring Nigeria so that we have a society that allows for inclusiveness and social justice. Boko Haram: We’re still under siege, Shehu Borno tells Buhari A very good first step is to go back in time to find out why an initially peaceful movement became violent. It all started with the extra judicial murder of their charismatic preacher and founder Ustaz Mohammed Yusuf. In fact, the current leader of ISWAP, is Mohammed Yusuf’s son, Abu Musab al-Barnawi. It is clear that that act of extra judicially killing Mohammed Yusuf is one of the grudges that these groups have against the Nigerian state. We must deprive Boko Haram of the means of claiming injustice as the rationale behind its insurgency by trying all those behind Mohammed Yusuf‘s extra judicial murder. As Theodore Parker said, “The arc of the moral universe is long, but it bends towards justice”. Just as we are satisfying this moral debt, as a nation, we must ensure that there is a fairer redistribution of the wealth of Nigeria amongst all Nigerians. Our budgeting system must be upended and we must have the political will to start spending more on capital expenditures than on recurrent expenditures. We must curb waste in government by eliminating security votes and those wasteful spendings highlighted by Governor Peter Obi which include, but are not limited to, eliminating huge and expensive convoys, overseas medical treatment at public expense, reducing unnecessary travel and building people instead of building edifices. We must learn from countries like Rwanda that has stabilised its society by statutorily reserving 30% of all legislative seats for women. As the late Kofi Annan said in 2006, “there is no tool for development more effective than the empowerment of women. No other policy is as likely to raise economic productivity, or to reduce infant and maternal mortality”. When you empower a woman, you empower a family, a village, a community and eventually, a nation. In our case, we can go further by reserving at least 35% of all legislative and executive positions for not just women, but also for our youth, at all levels of government, federal, states and local governments. We must convert our youths from onlookers to stakeholders. They must see that it is easier for them to influence the direction of Nigeria by going into government or business than by going into crime or terror. But above all, we must massively invest in education by building capacity, which must not just be limited to establishing more schools, but by training teachers. In a situation where we do not even have enough teachers, it is a mistake to sack   the few that we have because they fail adhoc examinations. Instead, we must build their capacity to teach via training and continuous development. It is impossible to have 70% of the children of a state outside the formal school system without having destabilising crime and terrorism such as we are currently having in Nigeria. And it will be a mistake to fight only the symptoms without fighting the cause.

We must accept the wisdom that a provision of equal opportunity and social justice is the panacea to almost all of the ills of society. By reversing our budgeting ratio from 7-3 in favour of recurrent to 7-3 in favour of capital expenditure, we will create an atmosphere for jobs. If we are building and rebuilding infrastructure, there will be jobs for our youth. They will have increased purchasing power, which will itself lead to further jobs flowing from the goods and services they patronise. They will keep their monies in banks, which will result in more liquidity with which the banks can then provide loans to more small and medium scale enterprises. The snowball effect is almost limitless. Again, let me state that we have to make these changes to rescue our nation from the brink. Only last week, the World Bank revealed that in recent years, Nigeria “has underinvested in human capital and remains very low compared to others.” If we do not address these negative indices, we will continue to totter, while nations that sufficiently invest in their youth make advances that we can only dream of. These are the only ways we can decisively defeat terror and defeat it we must otherwise anarchy await us.

Atiku Abubakar is the presidential candidate of the Peoples Democratic Party