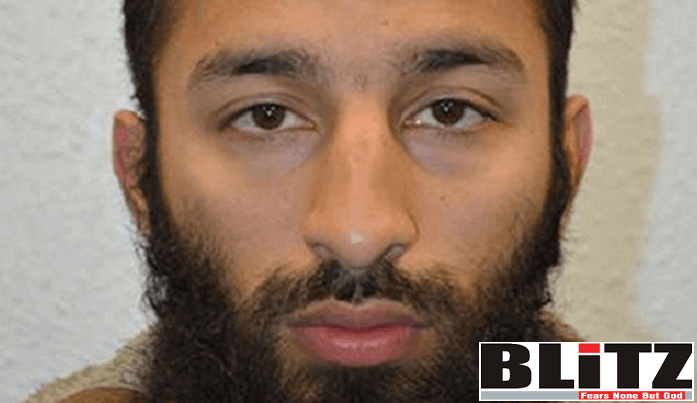 In a case of the fox guarding the hen house: most horrifying.

The leader of the London Bridge attackers was given a security job on the London Underground checking for suspicious packages the year before the terrorist outrage that killed eight people and injured 48.

This was after his own family reported him and with a security job comes broader access. London Underground operates 11 lines which carry up to 5 million travelers per day. What could possibly go wrong with a jihadist in a security position?

The inquest has also heard that Khuram Butt became energized when he met hate preacher Anjem Choudary and became “like lion out of cage’.

“London Bridge terror leader Khuram Butt had appeared in C4 documentary The Jihadis Next Door, demonstrated with hate preacher Anjem Choudary and been reported to authorities by his family but STILL got Tube security job”, by Brendan McFadden & Milly Vincent, Daily Mail, May 29, 2019:

The leader of the London Bridge attackers was given a security job on the London Underground checking for suspicious packages the year before the terrorist outrage that killed eight people and injured 48, an inquest heard today.

Transport For London bosses gave Butt a job at Southward Underground Station dealing with station security including suspect packages and fire and safety equipment in May 2016 on a salary of £23,300 a year.

He was offered the job despite having appeared in Channel 4 documentary The Jihadis Next Door and demonstrated alongside hate preacher Anjem Choudary.

Just over a year later Khuram Butt, 27, Rachid Redouane, 30, and Youssef Zaghba, 22, used a hired Renault van to plough into crowds on London Bridge and then stabbed revellers in Borough Market with 12-inch ceramic knives on June 3, 2017.

Butt was employed by TFL after receiving a ‘positive reference’ from former employer Auriga Holdings in East Ham, where he worked from 2012 to 2015 before being made redundant – the firm ran back office operations for the KFC takeaway chain.

Warning signs flared as far back as May 2013 when Butt had joined firebrand Choudary for a demonstration on Westminster’s College Green, the day after off-duty soldier Fusilier Lee Rigby was murdered by extremists.

A former colleague of Butt’s later revealed he had said Fusilier Lee Rigby’s killing was ‘an eye for an eye’ after the murder.

Butt’s brother-in-law also called the police after he supported a film released by ISIS in February 2015 showing thugs pouring petrol over Jordanian pilot Moaz al-Kasasbeh and burning him to death.

Other non-suspect jobs undertaken by the terrorist include an office assistant at a Wimbledon removal firm, a volenteer position at Newham Acton Against Domestic Violence, part-time jobs at Favourite Pizza and a job in the stock room at Top Shop on Oxford Street.

In July 2015, Butt was filmed for the Channel 4 documentary ‘The Jihadis Next Door’ outside the Regent’s Park mosque praying in front of the black standard of ISIS.

Later that year Transport for London (TfL) hired Butt after Choudary had visited his home during the Muslim festival of Ramadan.