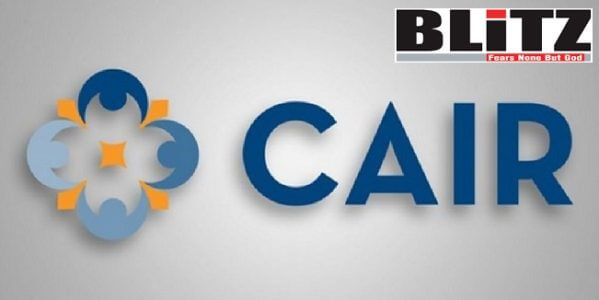 Federal law enforcement knows enough about the Council on American-Islamic Relations (CAIR) to order its agents not to engage with the group outside of criminal investigations. But despite that, the U.S. Census Bureau believes the conservative, Sunni-dominated Islamist organization is a trustworthy organization to partner with in next year’s national population count.

“CAIR is proud to partner with the U.S. Census Bureau to ensure American Muslims are fairly and accurately counted in the 2020 Census,” Executive Director Nihad Awad said in a CAIR news release. “Full participation in the census ensures that American Muslims will be better represented in Congress and that their communities receive an equal share in state and federal programs.”

It isn’t clear what CAIR or the Census Bureau will do as part of the partnership. The statement indicated CAIR will promote participation in the Census and advise people how to avoid scams. The Census Bureau did not respond to a request for comment.

“CAIR wants to ensure that that not only are American Muslim communities being fairly counted – but that their neighborhoods are getting a fair share in federal and state funding,” the CAIR release said.

Internal documents seized by the FBI show that CAIR and its founders, Omar Ahmadand Nihad Awad, were deeply involved in a Hamas-support network in America created by the Muslim Brotherhood. A committee report described the group’s mission as “defending the Islamic cause in Palestine and support for the emerging movement, the Hamas Movement.”

Both Ahmad and Awad appear on the “Palestine Committee” telephone list (Ahmad is listed as “Omar Yehya”), and CAIR is listed on a meeting agenda which named the committee’s branches.

“[U]ntil we can resolve whether there continues to be a connection between CAIR or its executives and HAMAS,” a senior FBI official wrote in 2009, “the FBI does not view CAIR as an appropriate liaison partner.”

The policy remains in effect a decade later. The FBI’s conclusion was shared by federal prosecutors and a U.S. District Court judge who reviewed the evidence.

Records seized by the FBI “do create at least a prima facie case as to CAIR’s involvement in a conspiracy to support Hamas,” U.S. District Court Judge Jorge Solis wrote in 2009.

“CAIR,” prosecutors wrote, “has been identified by the Government at trial as a participant in an ongoing and ultimately unlawful conspiracy to support a designated terrorist organization, a conspiracy from which CAIR never withdrew.”

CAIR has never acknowledged its Palestine Committee connections or tried to argue that it moved away from that support. Its leaders refuse to condemn Hamas, often angrily. Awad continues to promote anti-Israel rhetoric, as in 2014, calling the Jewish state “the biggest threat to world peace and security.”

Awad publicly expressed support for Hamas in 1994 – the year CAIR was founded – over the Palestine Liberation Organization.

In a 1998 speech, Awad openly referenced Jewish advisers in the Clinton administration as the driving force behind U.S. foreign policy: “Look at their names. Look at their ethnic, their ethnic or religious or racial background. You will see that these are the same groups that belong to the same interest groups in the (Clinton) Administration…they are the same people who are opposing the peace agreement (with Iraq).”

But aside from its roots in a Hamas-support network, CAIR has a history of grossly inflating the American Muslim population. It issued a report in 2001 claiming there were 6 million Muslims in the United States.

Six years later, however, the Pew Research Center for the People and the Press analyzed Census Bureau data to estimate “the total population of Muslims in the United States at 2.35 million.”

CAIR’s partnership is a problem, said Zuhdi Jasser, president of the American Islamic Forum for Democracy. But there’s a deeper concern, which is found on the Census Bureau’s website.

Given that, Jasser asked, why is the Census Bureau partnering with a religious organization at all?

CAIR’s announcement perpetuates a stereotype that Muslim Americans are not engaged in society. “It’s counting all Americans as equals,” Jasser said, “not as faith groups.”

The notion that Muslims need to be encouraged to participate in the national census treats an entire population as “naïve immigrants,” Jasser said. “They claim we’re well-integrated. If that claim is true, why is this project necessary?”

It is important that Muslim Americans participate in the Census. CAIR’s history, however, raises questions about whether the Census Bureau has partnered with an organization deserving of its trust.