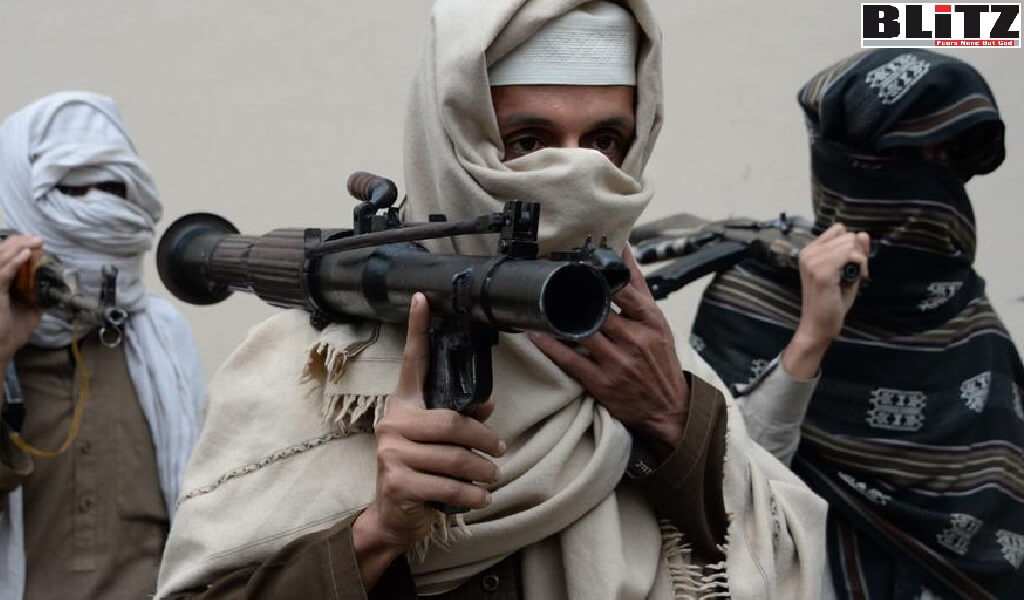 America has lost the Afghan front after spending hundreds of billions of dollars towards empowering jihadist groups, which Washington had wrongly perceived as its allies. And the unfortunate fact is, days before the US troops were evacuated from Afghanistan, Joe Biden witnessed a jihadist bomb attack by ISIS-K, which has killed 14 American soldiers alongside over 180 Afghan and foreign nationals.

Before the 20th anniversary of the September 11, 2001 terrorist attacks on American soil, Afghan Taliban and their Pakistani military patrons are back in Kabul, signaling worldwide terrorism in the coming years. Pakistan military spy agency Inter Service Intelligence (ISI) has backed the Taliban since the group’s origin in the mid-1990, during Afghans war against Soviet forces. During these years, Pakistani ISI has swallowed hundreds of millions of dollars which it received from the US and Saudi Arabia and spend a fraction of the fund towards funding terrorism. America’s involvement in Afghanistan has also helped Pakistani military establishment and a large number of army officials in making fabulous fortune, while a large number of Pakistani army officers had to drain-out and dump millions of dollars into secret bank accounts.

As Pakistan’s role in sponsoring terrorism were getting increasing exposed, in September 2001, the ISI briefly removed its experts and assistance, creating the same panic and flight to the Taliban that the US withdrawal just did to the Afghan army. But ISI quickly resumed its role of supporting radical Islamic terrorists, which is continues till today. Analysts already are seeing America’s retreat from Afghanistan as victory of the Taliban and Pakistani ISI, which would ultimately backfire and have significant consequences for Pakistan, some of which may be dangerous and violent.

It may be mentioned here that, founder of the Taliban, Mullah Omar was trained by Pakistani ISI during the war against Soviets in the 1980s. When Omar was wounded, he got treatment in a military hospital in Pakistan. After the Soviets retreated out of Afghanistan, Mullah Omar was one of the many Afghan warlords fighting for control of the country.

Mullah Omar, the founder of the Taliban, was trained by the ISI during the war against the Soviets in the 1980s. When he was wounded, he got medical Pakistan provided experts and advisers for the Taliban military, oil for its economy and was their supply route to the outside world.

Following American invasion of Afghanistan, Mullah Omar and majority of his lieutenants were hosted by Pakistani spy agency. With Pakistan’s help, Omar rebuilt the infrastructure in the borderlands and gradually stepped up attacks on the US, NATO and Afghan forces. Pakistani aid went far beyond sanctuary and safe haven for the leadership and cadres and their families — it included training, arms, experts, and help in fundraising, especially in the Gulf states. On occasion, Pakistani advisers accompanied the Taliban on missions inside Afghanistan. The ISI is particularly close to the Haqqani network in the Taliban. Mullah Omar most likely died in Karachi in Pakistan although his death was not announced for months.

According to counterterrorism experts, Pakistani ISI helped the Taliban its blitzkrieg this summer. The Taliban’s seizing of the north reflected memories of its enemies using bases there in the late 1990s to resist the Taliban and the CIA using those facilities to bring down the Taliban in 2001. The plan also prioritized seizing border crossings, especially in the west, which kept Iran from providing aid to its Shiite Hazara allies in Afghanistan.

Although Pakistan has officially claimed to be in favor of political solution to Afghan crisis, in reality, Islamabad was always looking for establishing its dominance in the country with the active cooperation from the Taliban, Haqqani Network and other jihadist groups that were maintaining extreme intimacy with Pakistani military establishment and its spy agency.

Islamist parties and jihadist forces in Pakistan, including its Prime Minister Imran Khan have celebrated the victory of Islam in Afghanistan. There is no doubt that ISI, while hailing the fall of Kabul and even seeing hope of Pakistan emerging as a ‘second superpower’. Following America’s defeat in Afghanistan, Pakistani ISI would now become extendedly enthusiastic in increasing support towards various jihadist and separatist groups inside India with the notorious agenda of destabilizing India’s peace and security.

Victory of the Taliban in Afghanistan has greatly energized Pakistan’s few more terrorist entities such as Lashkar-e-Tayyiba (LeT), which carried out notorious terrorist attacks in Mumbai in 2008, where Pakistani ISI had supported the attackers with training and funding. Lashkar-e-Tayyiba has been closely linked to the Taliban hundreds of LeT jihadists had joined the Taliban during the past years.

According to analysts, another beneficiary of the collapse of the US-backed Afghan government would be the Pakistani Taliban who have been at war with Pakistani army for years. Afghan Taliban have a shadowy relationship with their Pakistani counterpart. It is highly anticipated that Afghan Taliban would offer safe haven to their Pakistani counterpart following the recent conquest. While Pakistan is currently in celebration mood following collapse of Afghanistan into the hands of Taliban fighters, in course of time, Afghan Taliban would extend fullest support to Pakistani Taliban in launching terrorist attacks. In that case, Pakistan’s strategy of sponsoring terrorism would face serious blowback.

Biden’s proclamation of hunting down the ISIS-K

Following the recent terrorist attack in Kabul Airport, an angry Joe Biden said the US would hunt down the Islamic State Khorasan Province (ISIS-K), the group that claimed responsibility for a blast.

ISIS-K or Islamic State Khorasan Province claimed responsibility for the blasts. While the Taliban had promised the US, that it will not let Afghanistan become a breeding ground for terror, a few terror groups have already entered the country. Here are the main terror outfits that will try and get a share of the Afghan pie.

The Haqqani Network is a Sunni-Islamist organization founded by Jalaluddin Haqqani. Jalaluddin Haqqani is said to have connections with former Al Qaeda leader Osama Bin Laden. And while the US has said that the Haqqani network and the Taliban are two separate groups, the fact that Sirajuddin Haqqani, in 2015, was named Taliban leader Mullah Ghani Baradar in 2015, cements the relationship between the two groups. The group is said to have a haven in North Waziristan, in Pakistan. In the 1980s, the US government under Ronald Reagen’s leadership funded the network to take down the Soviets from Afghanistan.

The Haqqani Network’s ideology is aligned with that of the Taliban – to eradicate western influence and establish a state established based on Sharia law. In 20122, the US designated the Haqqani Network as a terrorist organization and in 2015, Pakistan banned the group as part of the National Action Plan.

Jalaluddin Haqqani commanded a Mujahideen Army from 1980 to 1992, of which Osama bin Laden, founder of Al Qaeda was said to be a part. Abdullah Yusuf Azzam, a Palestinian Sunni Islamic scholar and an influential Salafist jihadist was also part of the Mujahedeen army that Jalaluddin Haqqani led. Azzam promoted militant jihad.

Another group, which is very likely to get a footing in Afghanistan, once a Taliban government is formed is Al Qaeda. Currently, Haibatullah Akhundzada is the supreme leader of the group. When Akhundzada was appointed chief of the outfit in 2016, he secured a pledge of loyalty from Al Qaeda chief Ayman al-Zawahiri. Ideologically, Al-Qaeda and the Taliban are aligned too.

Also, according to analysts, ISIS commanders and fighters were once part of Al Qaeda or a group affiliated to Al Qaeda. And, ISIS leader Shahab al-Muhajir was reportedly a former mid-level Haqqani commander before defecting. Therefore, a connection between Al Qaeda, the Haqqani Network and the ISIS cannot be ruled out. Taliban’s victory in Afghanistan was celebrated by Al-Qaeda and other extremist groups across the globe, including Jaish-e-Mohammed and Lashkar e Taiba.