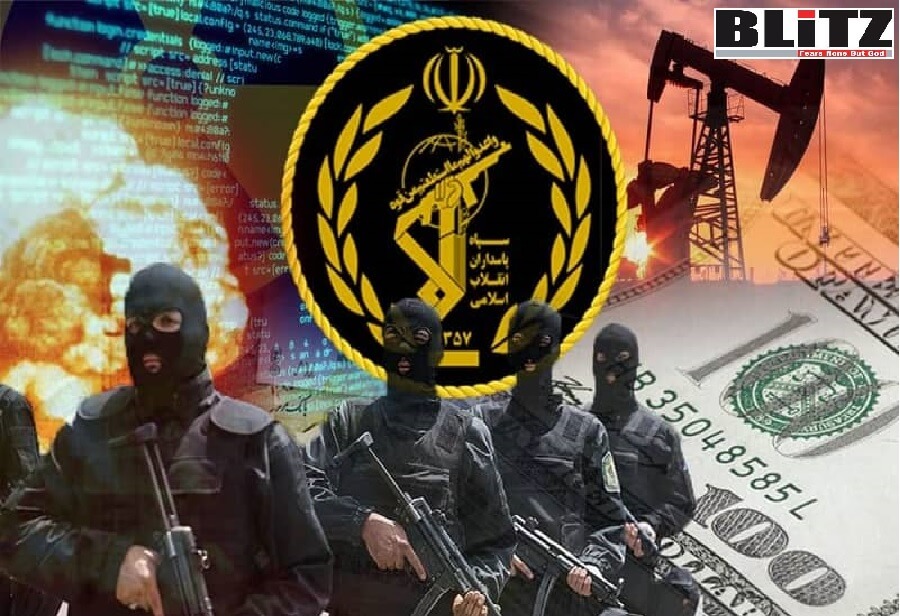 Suppression at home and terrorism abroad are the two sides of the same IRGC coin and the foundations of the regime’s survival. Writes Saeed Abed

In the ongoing nuclear negotiations in Vienna, the Iranian regime has insisted on removing the Islamic Revolutionary Guard Corps (IRGC) from the United States’ list of Foreign Terrorist Organizations (FTO). The four decade-long involvement of the IRGC and its extraterritorial arm, the Quds Force (IRGCQF), in terrorist operations ultimately led to their designation as an FTO in April 2019.

When the Revolutionary Guard was established, the Islamic Republic’s officials presented it as a military institution and an armed wing of their government.  This is the role that the IRGC has played throughout its life. And at the same time, over time, the conventional army has been weakened or parts of it have been eliminated, but the IRGC has been strengthened.

But the strength of the Revolutionary Guards has increased as it has grown over its lifetime. According to the former president, Rouhani, the IRGC has become a government with a gun next to the main government.

Thanks to these developments, the Revolutionary Guards have also changed from a mere military institution to an economic power. It is said to control more than 60% of Iran’s economy.

At the same time, the IRGC is a powerful security institution and, therefore, plays an important role in the political arena.

The IRGC was first added to the Specially Designated Nationals and Blocked Persons List (SDN List), in December 2007, for supporting Tehran’s effort to secure weapons of mass destruction. Additional sanctions designations followed under separate legal authorities for the IRGC’s human rights abuses and acts of terrorism and, in October 2017, the U.S. government designated the IRGC as a Specially Designated Global Terrorist (SDGT).

This SDGT designation was imposed under Section 105 of the Countering America’s Adversaries Through Sanctions Act of 2017 (CAATSA), which required the U.S. Treasury Department’s Office of Foreign Assets Control (OFAC) to extend terrorism related sanctions under Executive Order 13224 to “foreign persons that are officials, agents or affiliates of the IRGC.”

Since 1979, the use of institutionalized terrorism as a tool of statecraft has been a pillar of the clerical regime’s survival strategy. From using the Hezbollah in Lebanon to bomb the U.S. Marine Barracks in 1983, the Khobar Towers bombing in Saudi Arabia in 1996, the Jewish Community Center bombing in Argentina in 1994, using drones to target the Saudi-Aramco refinery in 2019, the downing of a Ukrainian Passenger flight in 2020, to name a few, the IRGC’s role in direct or by-proxy state sponsored terrorism is well documented.

In many of the above examples, a common thread is the role of proxy groups recruited, funded, trained, and dispatched by the IRGC and its Quds Force. IRGC is the heart of the development of technology in nuclear, ballistic missiles, drones, and the training of proxy forces in the region.

The FTO designation has handicapped many of the IRGC-related foreign financial transactions. That is why Tehran has reportedly made IRGC’s exclusion from the FTO list one of its main demands in the Vienna talks; the designation has been effective. It could have been even more effective if it was augmented by other punitive measures and sanctions.

The IRGC’s involvement in research & development of weapons of mass destruction, ceaseless terrorist activities to foment mayhem, destruction, and instability across the Middle East, its financial empire to fund its nefarious activities inside Iran and abroad, make this terror outfit a serious global threat. Stopping this threat without clipping the terrorism wings of the IRGC will not be very effective. If money flows into the IRGC unhindered, it will end up in the hands of Hezbollah, Yemeni’s Houthis, Iraqi Shiite militias, and other proxies.

The IRGC’s other main function is to serve as the regime’s main arm of crushing internal dissent and to suppress the Iranian people as well as engineering assassination of Iranian dissidents abroad.

Suppression at home and terrorism abroad are the two sides of the same IRGC coin and the foundations of the regime’s survival.

With the removal of the Revolutionary Guards from the list, the political and military crises in the region will undoubtedly worsen.

This would lead to increased repression inside Iran and an increase in terrorism in the region, as well as greater Iranian involvement in countries such as Iraq, Lebanon, Syria and Yemen.