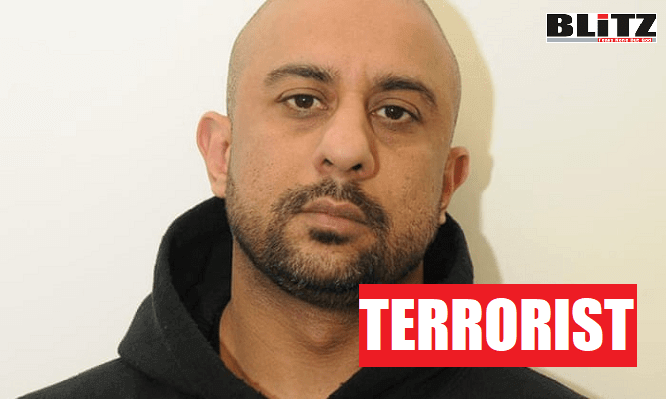 An attorney for Mohammed Zahir Khan, who is currently serving a 4½-year prison sentence for a number of terror related crimes, argues that the new law targets those holding “particular Islamic beliefs and [would] have a disproportionate impact on Muslims.”

That’s because Muslims comprise a majority of inmates serving time for terrorism-related crimes. It is a demographic reality, not an attempt to single out a religious minority group.

We do know that Islamist groups like the Islamic Circle of North America (ICNA) have made similarly outlandish claims, such as 93 percent of Muslim inmates in prison for terrorism or terror-related crimes were set-up by overzealous prosecutors.

“Many convicted Muslims were sentenced to long years in prison for doing essentially nothing,” a study underwritten last year by ICNA’s Council for Social Justice says.

Britain’s Parliament passed the new law following two deadly stabbing rampages by convicted terrorists who had been granted an early release from prison.

A subsequent investigation uncovered more than 70 terrorists, including radical Islamic clergy Anjem Choudary, who incited support for ISIS, were granted an early release from prison. Many of these inmates had refused to attend any sort of de-radicalization program while incarcerated.

The new law, argued James Eadie on behalf of the Secretary of Justice, “applied equally to all terrorist offenders, regardless of race, religion or otherwise.”

Public safety was the focus, and terrorists posed the greatest risk to achieving that.

Even after completing a sentence, the inmate’s case will be reviewed by a parole board to assess the potential risk to society if released. That is a sound policy and not discriminatory.

“Protecting the public is Government’s first duty,” Britain’s Secretary of State for Justice Robert Buckland said when the law passed.

The law has blocked the scheduled release of 50 terrorists, including Khan, who now is challenging the law.

Khan was set to be released in February, but now will have to wait until November. Under the Terrorist Offender Early Release Act, he will have to appear before a review board to determine whether he still poses a threat to public safety.

Khan’s criminal history followed the oft-seen path of radicalization from common crook to jihadist. He had been involved in low level crimes – including drug distribution, robbery, and gang activity.

In social media posts, Khan had expressed his support for the Islamic State and called for Shiite Muslims to be burned alive and for the death American servicemen. He also encouraged lone wolf terrorists to becoming a shahid, a term used to describe a martyr in Islam. In another social media post, he included a photo of an ISIS flag.

Khan’s activities paint a picture of an individual who presents a clear and present danger to the public if released prematurely.

His challenge of the current law preventing his release is not unusual.

I have written about how incarcerated terrorists become jail wise, and learn to use the legal system to “demand their rights” and challenge their conditions of confinement.

The charade that an incarcerated, radical Islamic terrorist has evolved into an advocate for human rights and the sanctity of life is absurd.

The absurdity of this reasoning was crystallized when a French Judge ruled last year that Islamic terrorist Salah Abdeslam, involved in the 2015 Paris attacks, had a right to privacy while in his prison cell.

Khan’s case may be headed in that direction as the judge in his case, Neil Garnham, allowed the lawsuit to go forward stating that Khan has an “arguable case” and should be further examined. How long that will take we do not know.

We can only hope that curtain comes down quickly on this one act play in the theater of the absurd.