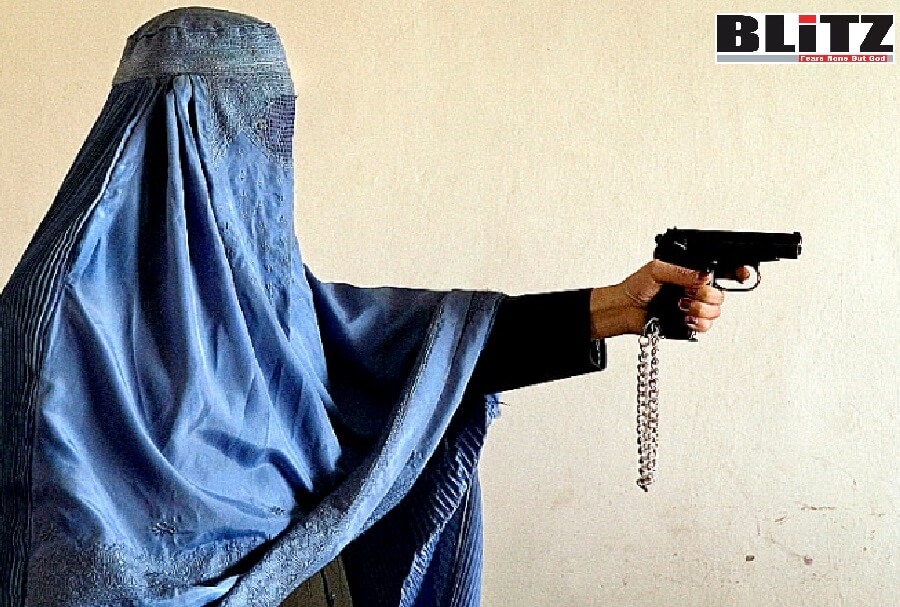 Gradually those orthodox burqas mainly used in Afghanistan and several parts of Pakistan, particularly Peshawar are replacing those a “moderate” type of burqas. In Pakistani Peshawar state, which is close to the border with Afghanistan, are basically dominated by ethnic Pashtun populace.

Now, Afghanistan already been slipped into the grips of Taliban jihadists, use of burqas may become a major issue, particularly when activities of radical Islamic terrorist outfits would significantly increase in the country. And this Islamist attire will become a huge headache for those nations who currently are welcoming hundreds and thousands of refugees from Afghanistan.

While Biden’s hurried withdrawal from Afghanistan and victory of the Taliban are being seen by most of the Westerners as cowardly, disloyal, humiliating, ignominious, imbecilic, incompetent, shameful, terrifying, tragic and the situation also is termed as capitulation, debacle and fiasco, the world totally was totally unprepared for tackling the current situation in Afghanistan and flexing of muscles by radical Islamic terrorist entities. Some analysts say, the way Biden suddenly has pulled out of Kabul did not look like an organized withdrawal, nor even a hasty retreat – all it looked like a rout.

At the Hamid Karzai International Airport in Kabul, thousands of Afghans who had served their government or assisted US and other military forces and civil missions over the past two decades were desperate for their loyalty to be acknowledged and to escape what they knew was coming their way.

Also crowding the checkpoints were thousands of others who simply wanted to get themselves and their families away from the awfulness of the atrocious Taliban regime. And, as ever, courageous young soldiers – Afghan, American, British, French, German and others – tried to bring some level of order to the appalling chaos they saw before them, in the knowledge that they were in danger from a sniper’s bullet or, as was soon shown, a suicide bomb.

To ask “What does it all mean?”, is otiose. The meaning is obvious; words and images from Kabul, seen and discussed around the world, showed a man-made human disaster. But there’s another question to ask – “What does it all mean for the West?” In the first place, for Western experts in “strategic communication”, it means that the management of the information pouring out of Kabul went very quickly beyond their control. But the real meaning of these words and images, which the West’s strategic leaders have so far seemed unable to grasp, is that pretty much everything associated with Western strategy is now in question and could stay that way for years to come.

The West’s strategy appeared either hopelessly ill-judged (in that it was thought that the Taliban would not take power as they did, nor so rapidly), or non-existent (in that the West simply did not care whether, or how, the Taliban took power). Rather than confront this awkward question, too many in strategic leadership positions in the West have shown themselves to be cloth eared and complacent, responding to the crisis with little more than wishful thinking, self-justification and blame-shifting.

With such bitter experience, no one possibly can have minimum confidence on those highly-paid strategists in the Western nations, particularly when it is a matter of security concerns created due to sudden arrival of hundreds and thousands of refugees from Afghanistan. Possibly those strategists or experts will fail to stop the potential jihadist suicide attackers from detonating a bomb from beneath the burqa.