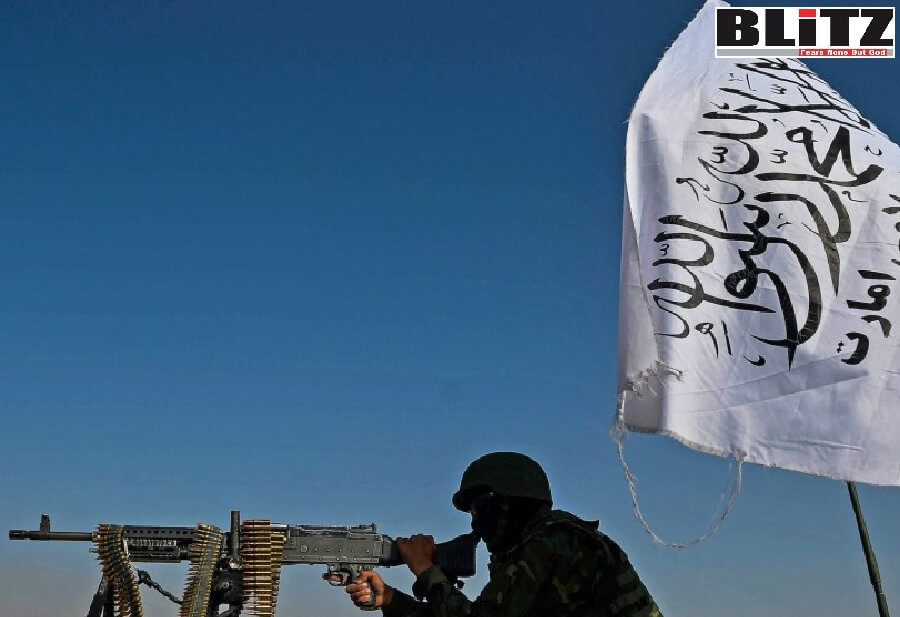 The Biden administration is correct to say that counterterrorism should not simply be a military problem. Writes Michael Rubin

On February 3, 2022, the White House celebrated after U.S. special forces raided a Syrian safe house just miles from the Turkish border. Surrounded, Islamic State (ISIS) leader Abu Ibrahim al-Hashimi al-Qurayshi reportedly detonated a bomb, killing himself and much of his family. It was a rare victory for the White House, one that the Biden administration hoped might erase the stain left by the botched Afghanistan withdrawal.

The Islamic State might be down, but it is not out. While some analysts hoped that its defeat in the heart of the Middle East would damage its image and hurt its ability to recruit, such expectations are unfounded.

Throughout its brief history, the Islamic State has shown an ability to resurrect itself in areas with weak governance and little state authority. In Syria, it has utilized the permissive environment created by Turkish proxies in order to re-establish itself. Even before the Iraqi government claimed victory over the Islamic State and liberated Mosul, ISIS recruits migrated to Libya where they thrived in the post-Qaddafi chaos. As they had in Iraq and Syria, the Islamic State in Libya did not simply wage an insurgency, but also controlled territory—at least until December 2016, when Libyan forces backed by U.S. airstrikes drove the group from Sirte.

As first the Trump administration and then President Joe Biden scaled back the U.S. presence in Afghanistan, the Islamic State’s Khorasan branch sought to fill the vacuum. The jury is still out on whether they can succeed.

In each case, the Islamic State opportunistically sought to establish itself in an area primed for insurgency by both poor governance and a population susceptible to religious extremism. Only concerted and sustained military action worked to roll back the Islamic State once it laid down roots in a territory. Unfortunately, across Africa, there is much fertile ground in which the Islamic State can grow.

The Islamic State Comes to Mozambique

Earlier this month, I spent a week in the Cabo Delgado province of Mozambique, ground zero for the Islamic State’s insurgency in the southern African country. Once a major port and tourist hub, Mocimboa da Praia is a ghost town. Burnt out shells of buses, cars, and even an armored personnel carrier rust along the edge of once-busy roads. The bell tower of the Catholic Church still stands, but the belfry lies in ruins. Almost every building—homes, schools, and business—is charred. Gas stations, banks, and the mayor’s office are empty. Restaurants are destroyed.

Just two years ago, more than 100,000 people lived in the town and its environs. Tourists came for the region’s pristine beaches while businessmen used Mocimboa as a hub for trade across southern and eastern Africa. That changed in March 2020 when the Islamic State briefly seized the town. The following month, the Islamic State seized Palma, the capital of the neighboring district, leaving beheaded bodies in the streets. That terrorist victory made international headlines when they ambushed a convoy seeking to escape from Palma’s besieged Amarula Hotel, killing forty. While Western diplomats often portray the Wagner Group, Russia’s top private security contractor firm, as ruthless and efficient, the Mozambique problem set suggested otherwise: The Wagner Group fled in the face of Cabo Delgado’s Islamist insurgency.

In August 2021, the Islamic State repeated its attack on Mocimboa. After Mozambique forces ran out of ammunition, government forces fled. The terrorists proceeded to loot the town as thousands of its residents fled into the bush with only the clothes on their backs.

While Western nations rallied to counter the Islamic State in Iraq, Syria, and Libya, they have largely ignored Mozambique. For Washington, Cabo Delgado was out-of-sight, out-of-mind. Southern and Central Africa had no such luxury. Just as in the Middle East, the Islamic State rejected international borders. After the group seized Palma, it drove north past Quionga and launched attacks on Tanzania, a country of sixty million. With Al Shabaab resurgent in Somalia and striking into Kenya and the Islamic State potentially moving north from Mozambique, the group threatened Africa’s entire Indian Ocean coastline, a strategic prize that would be as great for the group as Iraq itself.

Rwanda to the Rescue

It was against this backdrop that the Rwandan Defense Force and Rwandan National Police deployed to Cabo Delgado (separately, the South African-led Southern Africa Development Community deployed a multinational mission to Mozambique (SAMIM), but SAMIM remains largely symbolic, patrolling some roads but largely avoiding operations in the bush where the Islamic State now seeks to regroup). Rwanda, however, is a formidable force. It is the fourth largest contributor to UN peacekeeping missions, fought in the Democratic Republic of Congo, and has independently deployed to the Central African Republic to prevent a rebel takeover of its capital as the international community stood aside.

At the invitation of Mozambican president Filipe Nyusi, Rwandans deployed to northern Cabo Delgado. Within days, the Rwandans—operating alongside Mozambican forces—pushed the Islamic State out of Mocimboa, Palma, and Quionga and their immediate environs. The population has now returned to both Palma and Quionga, and TotalEnergies will soon restart its $20 billion liquefied natural gas project, a figure almost 25 percent higher than Mozambique’s total gross domestic product.

While the immediate crisis may be over, the danger is not: Islamist insurgents remain in the bush hoping to outlast the Rwandan deployment. SAMIM hesitancy provides the terrorists a safe haven from which to regroup. A broader problem though, is Mozambique itself: The Islamic State targeted Cabo Delgado because the Mozambique government, based 1,600 miles away in Maputo, long neglected the region. While Mozambican police might rotate into the province, too often they act as an alien force: While Mozambique’s official language is Portuguese, locals speak the Bantu language, Mwani, and are more likely to understand Swahili than any European language. This language barrier undercuts Mozambique’s counterinsurgency, as neither Mozambique’s army nor its police are able to communicate in any meaningful way with local residents to build trust, let alone gather intelligence from the local population. Compounding this linguistic barrier is a culture of police abuse and corruption that drives a further wedge between state and society.

Within the Rwandan sector, the population is rebuilding. 75,000 residents have returned to Palma. Earlier this month, the school reopened after almost a year. Doctors staff the local hospital several days each week, and even the Amarula Hotel is ready to welcome guests. Not all is well, however. Security convoys—still necessary for transport through the SAMIM sector—drive the price of basic commodities up four-fold. Dysfunctional Mozambican security screening and insurgent intimidation leave other areas such as Mocimboa effectively empty. There is widespread fear that if the Rwandans depart, the Islamic State rather than the Mozambique government would fill the vacuum.

Biden justified the U.S. withdrawal from Afghanistan on the fact that the terror threat had moved far beyond that country’s borders. “ISIS [is] attempting to create a caliphate in Syria and Iraq, and establishing affiliates across Africa and Asia,” he said. In Cabo Delgado, they tried. Male returnees I interviewed talked of being impressed into service, while women who escaped from Islamic State captivity spoke of nightly rapes and abuse. Alongside the weaponry, computers, and crude bombs Rwandan forces seized from Islamic State cells were notebooks reflecting efforts to brainwash and radicalize the local Muslim population whose moderate traditions resemble Sufism more than Salafism.

The Rwandans have essentially given both Mozambique and the broader international community a second chance to stamp out the Islamic State. While no one in Washington or Maputo seeks an American deployment to the region, in Mozambique, Biden has an opportunity to show both American leadership and smart diplomacy.

First, in the short-term Washington might consider underwriting some of the expenses associated with Rwanda’s deployment. Should authorities in Kigali tomorrow conclude they can no longer afford a forward deployment of several thousand men, the Islamic State would likely return. Such money would not be wasted as in Iraq and Afghanistan. While Iraq and Afghanistan are, according to Transparency International, two of the world’s most corrupt countries, Rwanda is on par with many countries in Europe. This does not mean, however, that the White House should consider Rwandans simply to be mercenaries demanding an endless subsidy.

The real problem Mozambique faces is a lack of capacity. Rwanda is essentially buying time in order to allow Mozambique to get its own house in order. Because of its own history and the génocidaires terror threat persisting from across the borders with Burundi, the Democratic Republic of Congo, and Uganda, Rwandans have mastered counterinsurgency and community policing strategies in a way that few other countries have.

Security incidents are rare in Cabo Delgado’s Rwandan sector precisely because the Rwandans have established a rapport with the population. To secure the region, it will be necessary to change the culture of both the Mozambican army and policy. The Pentagon and United States Africa Command (AFRICOM) could catalyze that process by enabling Mozambican officers and police to retrain in Rwandan military and police staff colleges. This would also invest in the future by ensuring greater interoperability and intelligence sharing among regional states.

There is another opportunity for capacity building. With opium production on the rise with the Taliban seizure of Afghanistan, the east African coast has become an important transit point, one from which the insurgents—and perhaps some corrupt Mozambican officials—seek to profit. Here, both the Drug Enforcement Agency and the Coast Guard could play a mentorship role to help Mozambique security its coast.

Not all aid must be military-related. While the U.S. Agency for International Development talks broadly about broad efforts to improve health and economy in Mozambique, their programs are largely absent in Cabo Delgado. A basic education deficit means that TotalEnergies cannot recruit locally to staff its energy investments in the region. A sustainable U.S. strategy would both bolster education in the region and also increase agricultural capacity so that international companies could purchase food and supplies locally rather than fly them in from outside Cabo Delgado, if not Mozambique entirely. Mozambique must be more than Maputo.

The Biden administration is correct to say that counterterrorism should not simply be a military problem. In Mozambique, Biden has the opportunity to put his money where his mouth is. Security vacuums pose a threat far beyond national borders. Biden deserves praise for keeping the pressure on the Islamic State leadership in Syria, but that pressure only leads the group to accelerate its search for other safe-havens. It is essential the United States—and all civilized nations—block its efforts to do so. They need not be on the frontlines—Rwanda and South Africa fill that role—but a small investment in capacity building can end the Islamic State’s threat in southern Africa. It is time for the White House, State Department, and AFRICOM to step up to the plate and put some substance behind the rhetoric of both smart diplomacy and a whole-of-government approach.

Michael Rubin is a senior fellow at the American Enterprise Institute.