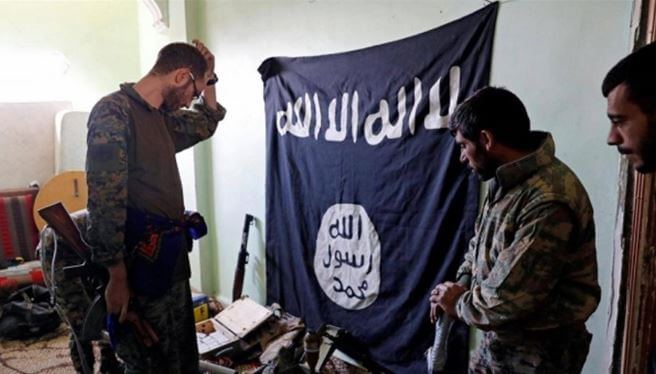 The threat of terrorism is increasing across Europe as hundreds of jihadists return from Mideast battlefields following the destruction of the Islamic State (ISIS) caliphate, Hungary’s foreign minister warned.

“This must be stopped,” Foreign Minister Peter Szijjarto said.

Szijjarto cited the “alarming” arrest of former ISIS members in Bosnia-Herzegovina and North Macedonia, in a pocket of European territory just between the European Union’s south-east member-states and the bloc’s heartland.

The warning came after some European nations pushed for increased immigration at last month’s Budapest Process forum in Istanbul.

Hungary and the rest of the Visegrad bloc of Central European countries, joined by the national populist governments of Austria and Italy, declined to sign the forum’s closing statement and action plan on the grounds that they believed it would exacerbate migration trends, noting: “These countries do not at all accept the position that migration is good and it should be promoted.”

Earlier this month, EU authorities tightened restrictions on chemical sales in what they said was a bid to stop the returning ISIS jihadists from targeting Europeans with homemade explosives.

A European Commission review stated that homemade bombs had been used in the “vast majority of terrorist attacks in the EU” by Islamists.

The proposals, which have still to be signed off by the EU Parliament’s plenary, will place additional restrictions on the public’s ability to buy substances such as chemical fertilizers which can be used to make explosives, and require businesses to alert authorities to “suspicious transactions.”

“The guys coming from Syria and Iraq very likely have built hundreds of IEDs [improvised explosive devices] in their time there, because that was one of the preferred methods used as an equalizer against the much-better-equipped Iraqi army,” Counter Extremism Project senior director Hans-Jakob Schindler said.

Schindler said that while authorities were “never going to be able to 100 percent prevent access,” the EU’s move to increase restrictions on the sale of chemicals was “about increasing the hurdles for terrorists to get to the stuff.”

Meanwhile, many in the mainstream media and several politicians in Great Britain are arguing strongly for ISIS bride Shamima Begum to be allowed to return to the United Kingdom.

Labour Party leader Jeremy Corbyn told ITV News: “She was born in Britain, she has that right to remain in Britain and obviously a lot of questions she has to answer but also some support that she needs.”

Polls show 78 percent in the UK do not want to let in the 19-year-old Begum, who had endorsed the Manchester Arena suicide bombing – in which an Islamist refugee’s UK-born son slaughtered dozens of children, teens, and parents at a concert – as justified “retaliation.”

Home Secretary Sajid Javid has stipped Begum of citizenship, but may end up caving to leftist demands to take her in now that her mother’s native Bangladesh has indicated it will deny her citizenship rights.

“Hundreds of former ISIS fighters and their brides have already returned to the United Kingdom, with authorities prosecuting only a tiny minority of them and allowing many to ‘roam free’ without even a surveillance order to monitor their activity, Breitbart London reported.”