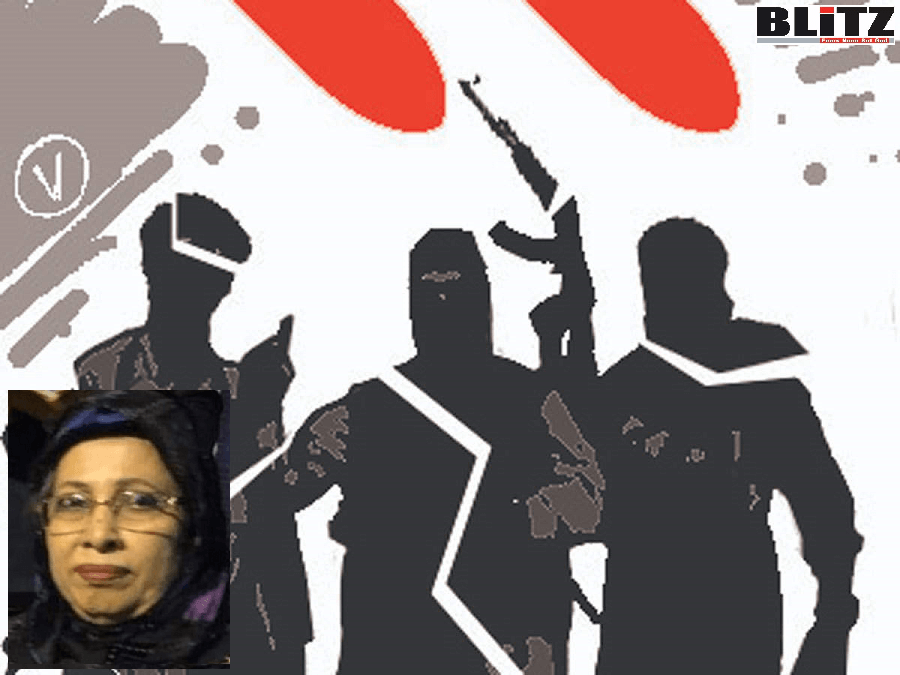 Counterterrorism experts said, this racket might be plotting series of terrorist attacks during March 26 Golden Jubilee celebration of Bangladesh. Following publication of report in Blitz, law enforcement and intelligence agencies in Bangladesh have started investigating the allegations of the serious allegation of plotting terrorist attacks during the Golden Jubilee celebration of the Independence of Bangladesh. Writes Damsana Ranadhiran

According to Blitz report dated March 22, 2021, a woman in Dhaka city’s Uttara residential area has been smuggling-out large amount of cash to Malaysia to fund radical Islamic militancy groups, such as Hizb Ut Tahrir and Islamic State, in addition to sending university expenses to her youngest son who is a student of LimkokWing University in Malaysia, which is accused of breeding Islamic militants, including Islamic State. The report said, woman named Shahana Rashid Sanu proclaims herself as a poet, internationally award-winning artist and philanthropist. But in reality, she is a con-artist, a dubious individual, a Dhaka godmother and a criminal with numerous records of illegal, immoral and criminal actions. There are also allegations of her direct connections with anti-State and anti-government elements as well her involvement in extortion, drug-dealing, and cybercrime.

Her youngest son Shamol Mahmood Anjan is a student of Malaysia’s LimkokWing University and suspected to be connected with Hizbut Tahrir or the Islamic State (ISIS).

Ever since his return from Malaysia due to the pandemic, Shamol has been regularly meeting with dubious individuals, who are suspected to be members of militancy groups. Sanu sends university expenses of his son through illegal channels, which is a serious crime under Money Laundering Act of Bangladesh.

According to a report published in vernacular daily Notun Shomoy her resident in Uttara Sector 5 has been sheltering members of Jamaat-e-Islami who have turned that house into a clandestine meeting spot, wherefrom unscrupulous individuals are holding meetings and continuing anti-government activities. It is also reported that anti-government elements with the active cooperation of Sanu are building a huge stock of highly flammable chemical and explosive gel inside Sanu’s house. Counterterrorism experts said, this racket might be plotting series of terrorist attacks during March 26 Golden Jubilee celebration of Bangladesh. Following publication of report in Blitz, law enforcement and intelligence agencies in Bangladesh have started investigating the allegations of the serious allegation of plotting terrorist attacks during the Golden Jubilee celebration of the Independence of Bangladesh.

Allegation of money laundering under investigation

Following publication of report in Blitz, Bangladesh Bank and National Board of Revenue is going to start investigation into the matter of money laundering by Shahana Rashid Sanu.

A source inside Bangladesh Bank said, according to the existing Money Laundering Act, any person who commits, abets or conspires to commit the offense of money laundering, shall be punished with imprisonment for a term of at least 4 (four) years, but not exceeding 12 (twelve) years and, in addition to that, the accused should also pay a fine equivalent to the twice of the value of the amount of laundered money.

It said, authorities will check the exact amount Shahana Rashid Sanu has paid to LimkokWing University in Malaysia as her youngest son’s university expenses.

Meanwhile, investigative reporters of Blitz are also looking for evidences of Sanu’s militancy funding, although it was already proved, she has been abetting anti-government elements in using the ground floor of her Uttara residence as secret warehouse of highly-flammable chemicals and explosive gel.

According to information, Shahana Rashid Sanu and her sons are running several fake IDs on social media, such as Facebook and Instagram, which are regularly used for their criminal acts of extortion and blackmailing. Sanu and her cronies also are running a large number of accounts of YouTube, Facebook and Instagram, wherefrom they are reportedly running anti-state and pro-militancy propaganda. Cyber Crime Unit of Dhaka Metropolitan Police (DMC), which has specialized team and highly-sophisticated equipment is already investigating the allegation against Sanu and her cohort’s continuous cybercrime.

Damsana Ranadhiran is a security analyst and retired intelligence official