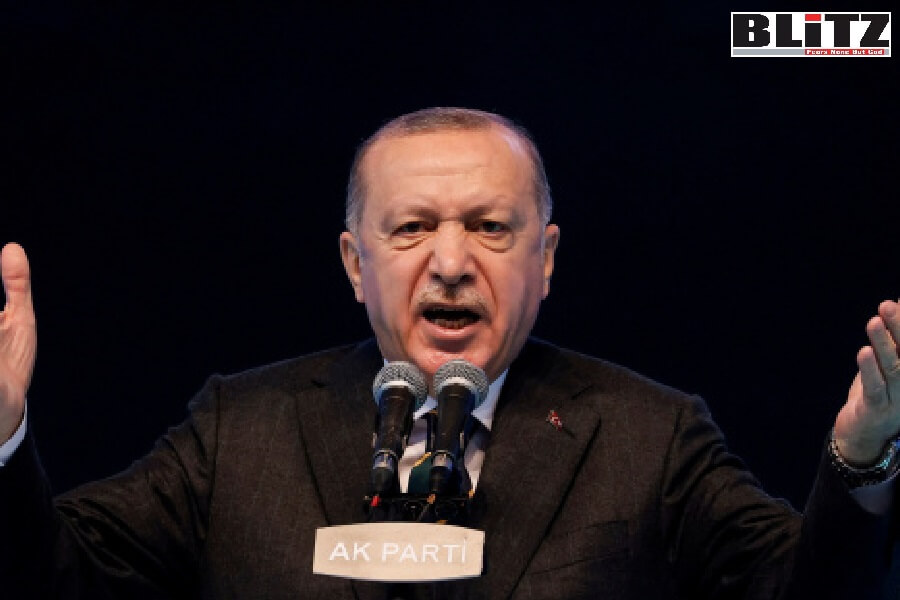 An Al Qaeda operative who was under surveillance for suspected terrorist activities in the past established a jewelry and steel business in Istanbul, a Nordic Monitor investigation has found.

According to trade registry data filed on January 24, 2020, Bekir Eroğlu, a 35-year-old Turkish national from Kırşehir province, set up a company under the name of Feda Çelik ve Kuyumculuk Ticaret Limited Şirketi that focuses on precious metals and gems as well as steel products. Eroğlu owns half the business with a capital investment of TL 100,000 ($16,800), while his partner, Tarkan Dalkılıç, owns the rest.

The company was authorized to sell, import and export all kinds of precious metals and gems, from gold and silver to diamonds and other precious stones. The iron and steel products were also added within the category of company activities according to the description in the filing.

Eroğlu had long been under surveillance by Turkish police investigators who were monitoring al-Qaeda cells in Turkey in connection to conflict zones in Afghanistan, Pakistan and Syria. The investigation, overseen by the Istanbul Chief Public Prosecutor’s Office, was carried out by the police counterterrorism department.

The transcript of a wiretap dated April 2, 2012 and submitted to the judge by the police to justify the extension of the signal interception of Eroğlu’s mobile phone clearly indicated that Eroğlu was part of a jihadist enterprise with the aim of establishing a Shariah state in Turkey.

He was describing the secular and democratic structure of the governance in Turkey as taghut, a term used in reference to tyrants and idols worshipped in violation of Islamic principles and therefore that it needed to be toppled.

When Mehmet Karatekin (aka Hamza), the other party on the phone, asked him about radical cleric Nureddin Yıldız, Eroğlu vouched for the cleric, saying, “He’s a stand-up guy who knows what he’s talking about and is knowledgeable on Islam.” Underlining that Muslims need a cleric like Yıldız to guide them to the true path, Eroğlu said, “On our side, my people know him well.”

The virulently anti-Semitic imam Yıldız is close to Turkish President Recep Tayyip Erdoğan and a leading figure among conservative and pro-government groups. He has been a frequent keynote speaker at youth events organized by the ruling Justice and Development Party (AKP) and conferences and lectures sponsored by pro-government groups and foundations.

Yıldız openly advocates armed jihad, describes democracy as a system for infidels and says it can only be used as a means of deception to rise to power. He is the man who radicalized the young al-Nusra-affiliated police officer Mevlüt Mert Altıntaş, who assassinated Russian Ambassador Andrei Karlov in Turkey in December 2016.

Multiple witnesses confirmed that the assassin had frequented sermons given by the radical cleric’s own NGO, the Social Fabric Foundation (Sosyal Doku Vakfı), in the Turkish capital since 2014. The Turkish prosecutor ignored all these leads, did not indict Yıldız and deliberately deflected the focus of the probe away from people close to the Erdoğan government.

The police report on Eroğlu, dated May 5, 2012 and prepared by counterterrorism chief Ömer Köse, stated that his group subscribed to al-Qaeda ideology, tried to be careful on the phone to not divulge any information and sent fighters to jihadist regions abroad using forged passports by way of illegal crossings. Some of the suspects in Eroğlu’s group were found to have been connected to al-Qaeda militants who carried out terrorist attacks in the past.

Based on the police investigation, prosecutor İsmail Tandoğan filed a motion with the Istanbul 16th High Criminal Court asking for authorization to issue a wiretap warrant for suspect Eroğlu on May 8, 2012. The prosecutor explained in his filing that a wiretap was necessary to map out the network and identify Eroğlu’s associates by intercepting his phone signals. Judge Seyfettin Mermerci granted the wiretap request the same day.

Eroğlu managed to escape the long arm of the law when the Erdoğan government intervened, halting all surveillance activities targeting al-Qaeda cells starting in February 2014. Many of the police chiefs, prosecutors and judges who were involved in al-Qaeda cases were purged and/or imprisoned on bogus charges. Some 30 percent of all judges and prosecutors have been dismissed by the government in recent years.

Police chief Köse, who had gone after al-Qaeda terrorists, has been in prison since 2015, while prosecutor Tandoğan and judge Mermerci fled Turkey to avoid false imprisonment by the Erdoğan regime.