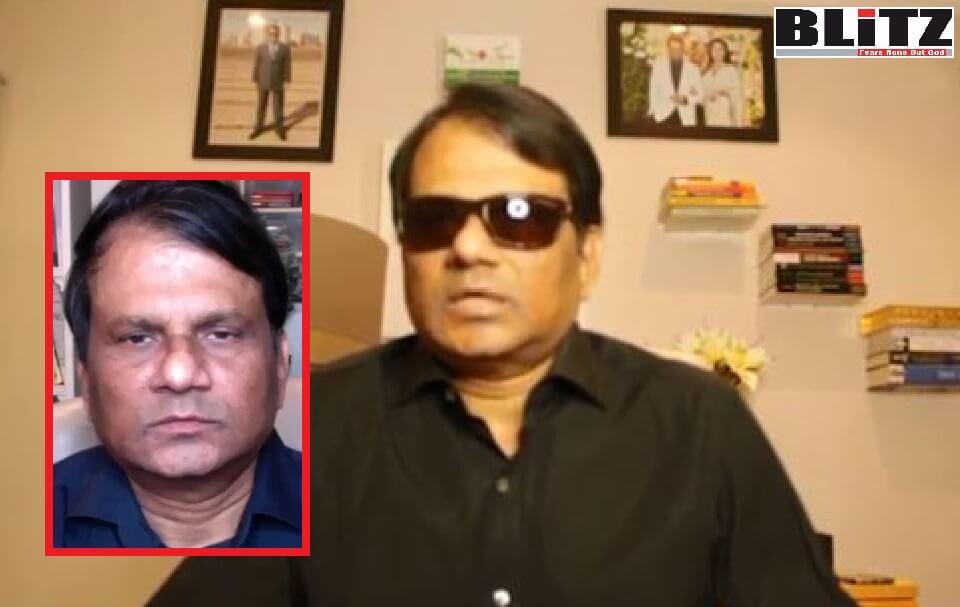 Convicted terrorist Shahid Uddin Khan, who has been living in the United Kingdom skipping Interpol red alert has started staging anti-state activities in Bangladesh with the help of his cohorts.

According to reports, Shahid Uddin Khan also has been a key player behind the incident in Comilla city during Durga Puja, biggest religious festival of the Hindu community. One of Shahid Uddin Khan’s prime accomplices, Md Obaid Ullah, a leader of Bangladesh Nationalist Party (BNP)’s Comilla district’s greater southern upazila unit had made announcements within his party comrades about creating anarchism centering the Durga Puja, for his he had offered BDT 100,000 as reward. Obaid Ullah also contacted several members of Jamaat-e-Islami and Hefazat-e-Islam in Comilla with the same offer.

Sitting in London, Shahid Uddin Khan has also been inciting communal riot in Bangladesh and has been offering cash reward for attack and destruction of Hindu temples as well as Hindu properties in the country. He may have hands behind the Noakhali district where despite a strong vigil by law enforcers for ensuring peaceful Durga Puja celebrations, zealots beat and stabbed a man to death at a temple in Noakhali as idols, temples and businesses of the Hindu community came under attack in a few districts on Friday.

In Noakhali, attackers from a procession of several thousand people stormed in Bijoya Durga Temple on College Road in Begumganj around 2:30pm. At one stage, the mob beat and stabbed Jatan Kumar Saha, 38, a member of the executive committee of the temple managing committee. He died in Noakhali Sadar Hospital later.

In Chittagong, a group of zealots from a procession brought out in Andarkilla area started throwing brickbats targeting the Jemson Hall Puja Mandap.

Witnesses said as the group threw brickbats at the temple and tried to vandalise it, police chased them away leading to a clash between the law enforcers and the zealots.

Advocate Dilip Kumar, a resident of the area, said the attackers first tried to attack the Kali Temple and then attacked the Durga Mandap with bamboo sticks. They also attacked several houses of local Hindus and a few shops owned by Hindu people, he added.

It may be mentioned here that, international media report said, Shahid Uddin Khan was actively involved behind the 2019 Easter Sunday jihadist attacks in Sri Lanka that had killed 267 people including 45 foreign nationals.

Meanwhile, on October 15, 2021, Shahid Uddin Khan posted two videos from Kishoreganj and Barisal district in Bangladesh. In those videos, dozens of youths are seen holding ant-state banners with the call of starting ‘Mass Movement’ against the government. According to information, the secret rally took place in Kishoreganj district on October 8 and in Barisal on October 10. Meanwhile, cyber-technology experts are trying to identify the faces of the culprits who had participated into these illegal rallies. Intelligence agencies also are trying to get further information on this issue.

The anti-state rally in Kishoreganj took place during day time, while the Barisal one was during dark hours. This newspaper could not confirm as to how the local authorities of these two districts were in dark about both the incidents.

A source told this correspondent that, Shahid Uddin Khan is also trying to buy weapons and explosives and distribute the same amongst some of his recruited youths in Bangladesh. Sitting in the United States, an individual named Sajjad Hossain (hailing from Gaibandha district and currently living in Houston, Texas) and another individual named Abdul Wahab alias Mridha Solayman (hailing from Manikganj district and currently employed as librarian with the Directorate of Prisons) are coordinating activities of Shahid Uddin Khan. Sajjad was earlier involved with Jatiyo Chhatra Shomaj, student front of General Ershad’s Jatiyo Party, while Abdul Wahab alias Mridha Solayman was maintaining connections with Lashkar-e-Toiba and United Liberation Front of Assam.

According to reports, Shahid Uddin Khan, who fled the country escaping numerous criminal charges who, along with his wife and family members had already been convicted by several courts on charges of terror finance, money laundering, dealing in weapons and counterfeit currency notes has been running an illegal organization named ‘Desh Mukti Biplob’ from the United Kingdom. This notorious criminal has been using social media as well as video-sharing platforms such as YouTube and has been giving instigation to Bangladeshi nationals in waging armed ‘revolt’ against the government. This newspaper has plethora of information on Shahid Uddin Khan, who had earlier declared bounty to anyone who can join suicide missions targeting key figures in Bangladesh government including several senior officials of the Bangladesh Armed Forces.