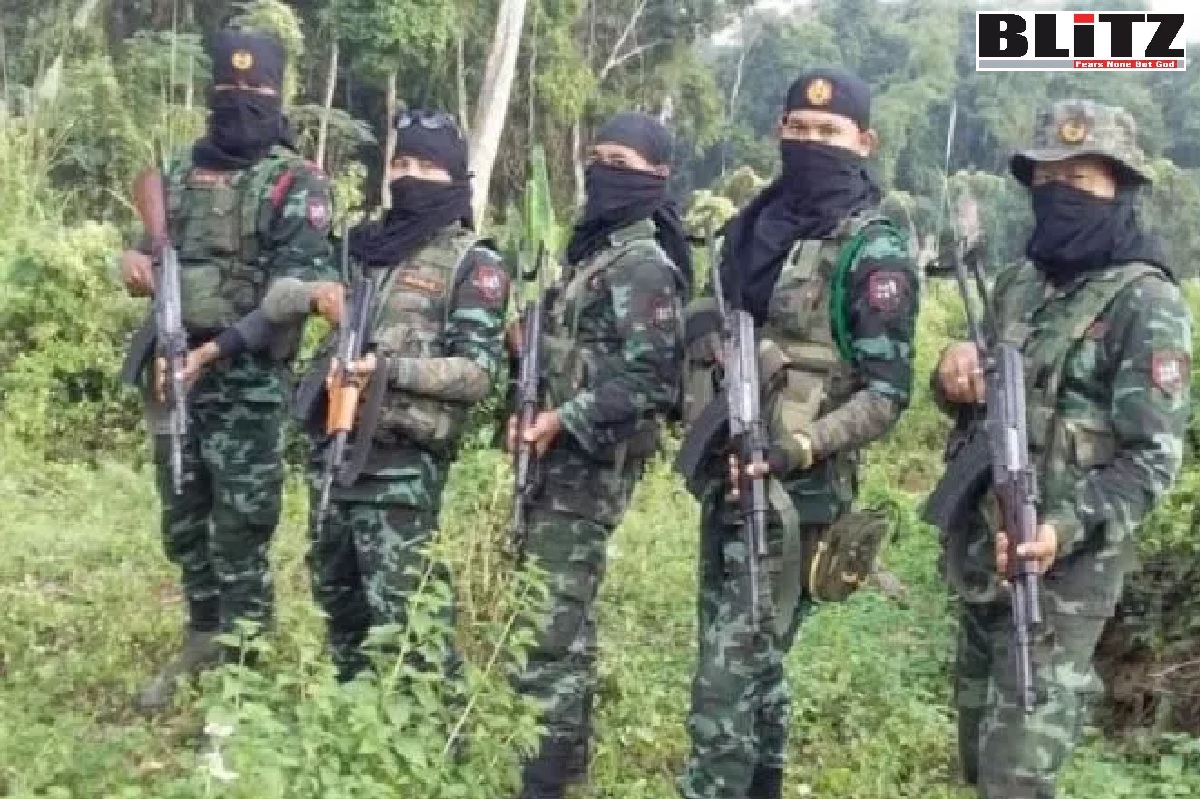 ‘Gangster Jihadism’ amongst Muslims, especially the migrants, has been on the rise in Assam for the last several years. In the last 13 months, Assam police have arrested not less than 4000 Muslim drug peddlers, most of them are migrants, reports The Organiser.

Besides, drug peddling, these gangs are involved in several other anti-social and terrorist activities. Cow smuggling, fake currency, fake gold, and illegal arms trades are the major criminal activities of these gangs.

A piece of information was received by the Biswanath police on Friday morning that a gang of fake currency and fake gold has been active in the district. Accordingly, a team led by Additional SP Kulendra Nath Deka and DSP Jayanta Baruah immediately swung into action.

On July 15, based on technical surveillance and field input, a midnight raid was conducted at the house of the mastermind of the gang Amir Ali in the Seujpur area. Five criminals involved in the fake currency and gold racket were arrested during the raid. Arrested fake currency and gold smugglers are Mofojuddin Ahmed, Saiful Islam, Abidur Rahman and Atikul Islam.

The police team recovered fake Indian currency notes worth five lakhs fifty thousand in denomination of Rupees 500. One fake currency printing machine, 9 fake gold biscuits, 120 half printed 500 Rupee notes and other materials were also seized from the house. Interestingly, a large amount of ammunition was also recovered from the house. The police team seized 51 rounds of .22 live ammunition, 18 rounds of 7.62 mm live ammunition from the possession of the gang.

On the basis of the confession of the gang members, the police team raided another location owned by the mastermind Amir Ali in the Majuligarh area. The police team recovered five lakh eighteen thousand cash from the location which were collected through selling the fake currency. Continuing the raid, the police team on July 16 recovered a 7.62 mm pistol and a magazine from another location owned by Amir Ali. Biswanath police are now investigating the matter to bust the entire racket of fake currency, gold and arms trading.

Meanwhile, according to media reports, a resident of Indian state of Assam, who has been using the disguise of the owner of a website named ‘Times of Assam’ has been running anti-India activities by joining hands with pro-China Maoist terrorist groups based in  Myanmar and Nepal, as well as Arakan Rohingya Salvation Army (ARSA), a jihadist outfit run by Rohingya Muslims. This man has also been writing outrageous anti-Bharat propaganda stuff in Pakistani publications in his own name or by using pseudonyms.

One of the correspondents of Weekly Blitz has succeeded in extracting sensational information from Dhruba Jyoti Deka by concealing identity of a journalist. Deka told Weekly Blitz correspondent that he has been regularly visiting Jamalpur district in Bangladesh without visa and holding meetings with Rohingya Muslims as well as members of a notorious jihadist outfit named Ansar Al Islam. He also admitted of visiting Myanmar and Nepal and regularly meeting Maoist terrorist groups in those countries. He even did not hesitate in openly proclaiming himself of having “regular communications” with Pakistani espionage agency Inter-Service Intelligence (ISI).

It may be mentioned here that Ansar Al Islam is a franchisee of Al Qaeda, which also maintains liaison with Hijbul Mujahedin, another Islamist terrorist group based in West Bengal in India.

For many months, Dhruba Jyoti Deka has been actively involved with narco-trafficking rackets within India-Myanmar border while he also is helping Rohingyas in illegally entering Indian territory and hide under his supervision. According to another source, Deka is also involved in circulation of counterfeit Indian currency bills, which he receives from his ISI counterpart in Myanmar.