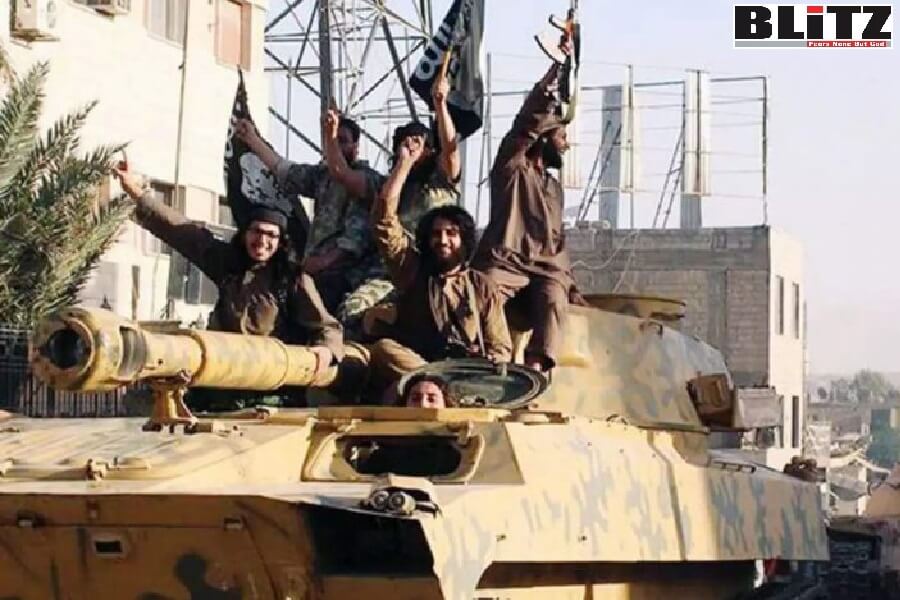 Daesh has been gradually expanding its network in various parts of Africa. Recently, the Global Coalition to Defeat Daesh (Islamic State ISIS) said, they have grave concern about the growth and threat posed by Daesh affiliates and networks in Africa’s Sahel region and in East Africa, particularly Mozambique.

Recently, Bridget Johnson, Managing Editor of Homeland Security Today news site wrote: It was the first time the group of foreign ministers representing the member nations had met in person since February 2019, and one session of the meeting focused on the terror group’s activities in parts of the world other than the former caliphate in Iraq and Syria.

“The Coalition is committed to working with affected countries to address the threats posed by Daesh/ISIS in Africa to ensure the enduring global defeat of the organization upon the request and prior consent of the countries concerned, and in full respect of international law and in close coordination with existing initiatives, notably the Coalition for the Sahel and the Global Counter-Terrorism Forum,” the coalition said in a joint statement. “ The Ministers welcomed the presence of delegations from several African nations as observers to this ministerial meeting.”

The Central African Republic, Democratic Republic of the Congo, Mauritania, and Yemen were also welcomed as new members of the coalition, bringing the total of partners to 78 nations and five institutions: the Arab League, CEN-SAD, EU, INTERPOL, and NATO.

“The Ministers discussed that reinforcing civilian state institutions and consolidating the rule of law, including law enforcement capacity, will be an essential component of combatting Daesh/ISIS, and that the Global Coalition to Defeat Daesh/ISIS will seek to have effective engagement on the African continent,” the statement continued. “The Ministers tasked the Coalition Working Groups to assess ways in which they can contribute to counter Daesh/ISIS efforts in the affected regions. ”

The coalition “reaffirmed its belief that a comprehensive and collective effort remains necessary to achieve a full and enduring defeat of Daesh/ISIS worldwide.”

Italian Foreign Minister Luigi Di Maio said in remarks at the ministerial that the coalition has “a good track record, but a lot more remains to be done” as “Daesh was defeated in its territorial dimension, but it hasn’t been uprooted.”

“The attacks in these recent months show that Daesh can still be a threat and attract certain segments of the population,” he said. “In order to consolidate the results achieved and limit the recruitment possibilities of Daesh and avoid its resurgence, we have to include civil initiatives to de-radicalize and stabilize the freed areas, giving social, economic conditions and opportunities to the local population so as to make them less vulnerable. We are promoting these initiatives bearing in mind the key principles of our international approach, safeguarding human rights and the rule of law being our topmost priorities.”

The coalition also must “take a comprehensive and targeted approach to dry up financial resources in the areas of activity of ISIS and in other parts of the world.”

Secretary of State Tony Blinken stressed that “remaining ISIS elements in Iraq and Syria, though severely depleted, still aspire to conduct large-scale attacks, as we saw with January’s twin suicide bombings in Baghdad.”

“To sustain our military gains, we must reaffirm our commitment, including to Operation Inherent Resolve, the complementary NATO mission in Iraq, and to civilian-led counterterrorism capacity building,” he said.

The coalition’s 2021 fundraising goal for stabilization efforts in Iraq and northeast Syria is $670 million, and they’re already at $507 million and counting. “Together we must stay as committed to our stabilization goals as we did to our military campaign that resulted in victory on the battlefield,” Blinken said.

Blinken stressed that “ensuring the enduring defeat of ISIS also means effectively confronting ISIS threats outside of Iraq and Syria, in the places where ISIS has recently focused its efforts.”

“In particular, we’re grateful for support from coalition partners for expanding counterterrorism capacity building efforts for countries on the front lines of the ISIS threat in Africa… let’s use today’s discussion to try to expand on coalition plans for effectively dealing with the threat in Africa, as well as how we’ll synchronize our efforts with national, regional, and international partners,” he said.

In November, the United States and Nigeria convened a meeting with representatives of West African states about the ISIS threat in West Africa and the Sahel, and Blinken said there have been “informal discussions among coalition partners on the pressing ISIS threat in northern Mozambique and the steps that we could take there.” Several of the coalition’s working groups are expanding their focus to include Africa, he added — “a vitally important effort.”

“We are seeing fighters of 13 and 14 years old take up weapons to kill people, and we have to get at this from every possible angle,” the secretary of State said. “And information work is vitally important. We urge more coalition working groups – for example, the Counter-ISIS Finance Group – to follow suit and pay additional attention to ISIS and the problem it poses in Africa.”

“We’ve made great progress because we’ve been working together,” Blinken said. “So we hope to keep our eye on the fight, to keep up the fight against this terrorist organization until it is decisively defeated.”

It may be mentioned here that, Bridget Johnson is the Managing Editor for Homeland Security Today. A veteran journalist whose news articles and analyses have run in dozens of news outlets across the globe, Bridget first came to Washington to be online editor and a foreign policy writer at The Hill. Previously she was an editorial board member at the Rocky Mountain News and syndicated nation/world news columnist at the Los Angeles Daily News. Bridget is a senior fellow specializing in terrorism analysis at the Haym Salomon Center. She is a Senior Risk Analyst for Gate 15, a private investigator and a security consultant. She is an NPR on-air contributor and has contributed to USA Today, The Wall Street Journal, New York Observer, National Review Online, Politico, New York Daily News, The Jerusalem Post, The Hill, Washington Times, RealClearWorld and more, and has myriad television and radio credits including Al-Jazeera, BBC and SiriusXM.