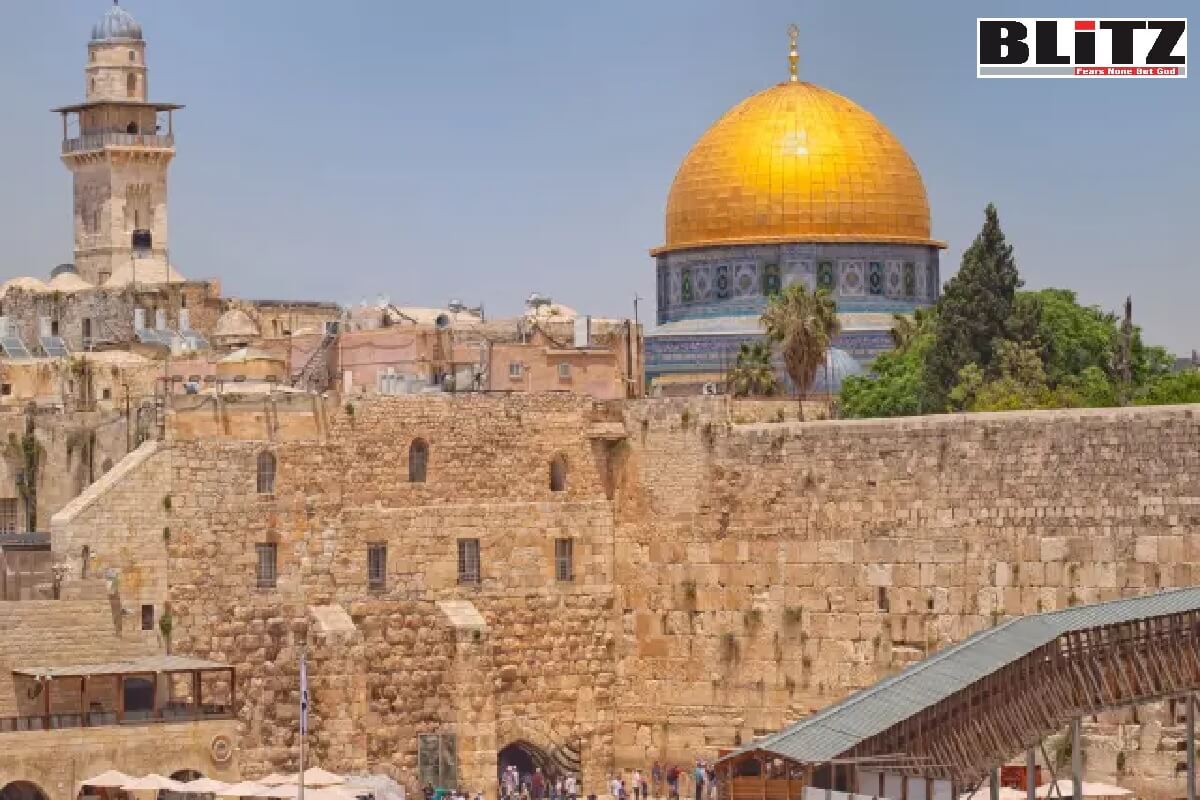 According to a senior security official from Israel’s National Security Council (NSC), Palestinian terror outfit Hamas is secretly planning to blow-up the Temple Mount with the use of heavy explosives. The official said, Hamas, which has strengthened its foothold in Jerusalem in recent years, is attempting to spark a major conflict on the Temple Mount which could escalate into a widescale conflict.

“There are constant efforts by Hamas and other [terror groups] to escalate [tensions] and create a narrative that Al Aqsa Mosque [located on the Temple Mount] is in danger and to turn Jerusalem into an explosive detonator,” Eyal Hulata, the head of the NSC, said during a conference at the International Institute for Counter-Terrorism (ICT) in Herzliya.

“Unfortunately, the violent reality on the Temple Mount during the Jewish holiday period is nothing new”, Maor Tzemach, chair of Zionist NGO Your Jerusalem, told reporters.

“Terror groups take advantage of the Jewish holidays [as an opportunity for] incitement and rebellion against the State of Israel. Hamas regularly ignites the flames of terror on the Temple Mount, and whenever it’s in their interest, calms things down.”

Tzemach noted that Hamas had issued a similar warning earlier this year during the April 2022 Passover holiday, threatening violence against Jews who visited the holy site during the holiday period.

“It’s clear that Hamas looks at the Hebrew calendar and sees, ‘okay, we’re nearing a Jewish holiday period,’ and that’s a good enough reason for them to ruin the spirit of the holiday, and to prevent freedom of worship for Jews on the Temple Mount. That’s despite the fact that we allow freedom of worship for Muslims on the Mount,” he said.

“[Hulata] is speaking about this issue too little and too late. We have recognized this problem since Operation Guardian of the Walls, that Hamas has de facto control of the Temple Mount, both in [being allowed to] manage the site and inciting riots there”, he added.

“This is how Hamas weakens the Palestinian Authority, which in itself is a terror organization, and strengthens its grip on Jerusalem. Israel is sitting aside and letting Hamas and the PA battle each other over who will control Jerusalem’s streets.

“Israel must cut down terror groups, and not allow any control, incitement, whether on the Temple Mount or in Jerusalem”.

As the Palestinian Authority’s president, Mahmoud Abbas, continues to plunge in public popularity, Palestinians have expressed a preference to be ruled by Hamas.

The terror group appears to have taken notice of its growing popularity among Palestinians in Judea and Samaria. Hamas has openly operated out of mosques in eastern Jerusalem and repeatedly raised its flag on the Temple Mount in Jerusalem in recent years.