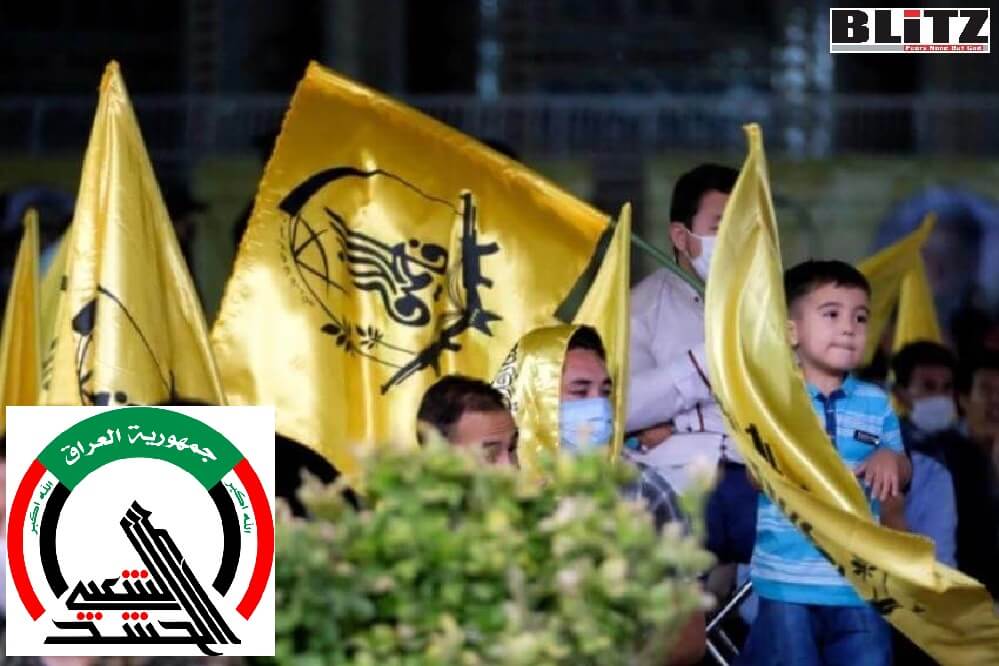 Iranian Shi’ite terror outfit Hashd Al-Shi’i (Shiite Mobilization) has already established footprint in Afghanistan. Following withdrawal of American and international troops, Afghanistan is gradually advancing towards emerging as the capital of global terrorism, where thousands of jihadists will be breed. Eventually Afghanistan will export terrorism in much enhanced volume to several countries in the world, including the United States, Britain, European nations, Saudi Arabia, the United Arab Emirates, other nations in the Middle East as well as Asian nations including Bangladesh, China, India, Indonesia, the Philippines and Thailand.

Taking advantage of US withdrawal from Afghanistan, Iranian regime has already set up a Shiite militia group named “Hashd Al-Shi’i” (Shiite Mobilization). According to Iranian newspaper Jomhouri Islami, the new group does not use Farsi, Dari or Pashtun name, but curiously borrowed from the Arabic name of Iraq’s umbrella outfit, Al-Hashd Al-Sha’abi, for a number of militias. It is also curious that it explicitly used the word for the Shiite sect in the name of the group; something that Tehran has carefully avoided in the past. It may be mentioned here that, Jomhouri Islami is a conservative mouthpiece, founded by Ali Khamenei in 1979.

But Afghan officials were very quick to denounce the existence of Hashd Al-Shi’I in the country. The head of the Afghan Ministry of Information and Culture said: “With this kind of conspiracy, Iran is making the war in Afghanistan more complicated by provoking the people and creating security threats, but this fire will also burn Iran.”

Vafaizadah stressed: “There is no room in Afghanistan for such mercenary groups who act as foreigners’ puppets.” Shah Hossein Mortazavi, senior adviser to Afghan President Ashraf Ghani, said that Afghanistan will not suffer the same fate as Syria, Yemen, Iraq and Lebanon, and that Iran’s “sedition” will fail.

For Iran, after trying to use Houthi terrorists in Yemen in terrorizing Saudi Arabia, it seen America’s departure as an opportunity to expand its influence in Afghanistan, taking advantage of the security vacuum to expand its terrorist footprint eastward.

In April 2021, Foreign Minister Javad Zarif welcomed the planned US withdrawal, describing it as a “positive move”, making Iran one of the few entities to welcome the premature departure. However, Zarif also warned against the resulting “vacuum” and a “new war in Afghanistan”, although he did not disclose the ulterior agenda of his country in using Afghan soil in spreading terrorism.

Since the US invasion of Afghanistan in 2001 by ousting Soviet forces, Iran has made fighting American influence and interests in the country a major cause, supporting groups opposed to the US presence. Iran has supported, for example, Al-Qaeda, local Afghan groups and its own proxies to undermine US interests, without confronting American and NATO forces directly. More importantly, Iran’s meddling in Afghanistan has undermined the Kabul government’s efforts to maintain peace, security and stability in the country, hence this week’s quick and angry response from Afghan officials.

According to analysts, initially, Iran’s intervention in Afghanistan — or the export of its revolution to the country — mainly took the form of recruiting Afghans from within Afghanistan and, significantly, from the Afghan refugee community in Iran to help turn the tide in the 1980-88 war against Iraq. About 3,000 Afghan fighters were killed in that war. The Islamic Revolutionary Guard Corps’ (IRGC) Quds Force was assigned the task of exporting the revolution and training the foreign recruits. After the end of the Iraq war in 1988, the Afghan fighters were decommissioned, sent back to Afghanistan or later mobilized for the new fronts Iran opened in Iraq and Syria.

In a December 2020 TV interview, Iranian Foreign Minister Javad Zarif suggested the Fatemiyoun fighters could help the fight against Daesh in Afghanistan. “They are the best forces with a military background in the fight against Daesh,” he said, proposing that the Afghan government enlist their support, but his suggestion was denounced by Kabul. Probably all sides in Afghanistan would oppose the deployment of the notorious Fatemiyoun Brigade or any other Iran-backed group, for fear they would be sectarian-based. Their presence would only inflame intra-communal fighting.

The newly announced group is probably a cover for the Fatemiyoun Brigade terrorist outfit and could be used to spearhead any Iranian offensive into Afghanistan, similar to its role in Syria, for example.

The withdrawal of US troops from Afghanistan leaves the country in the hands of terrorist nations and groups. Afghanistan will not become the valley of death.