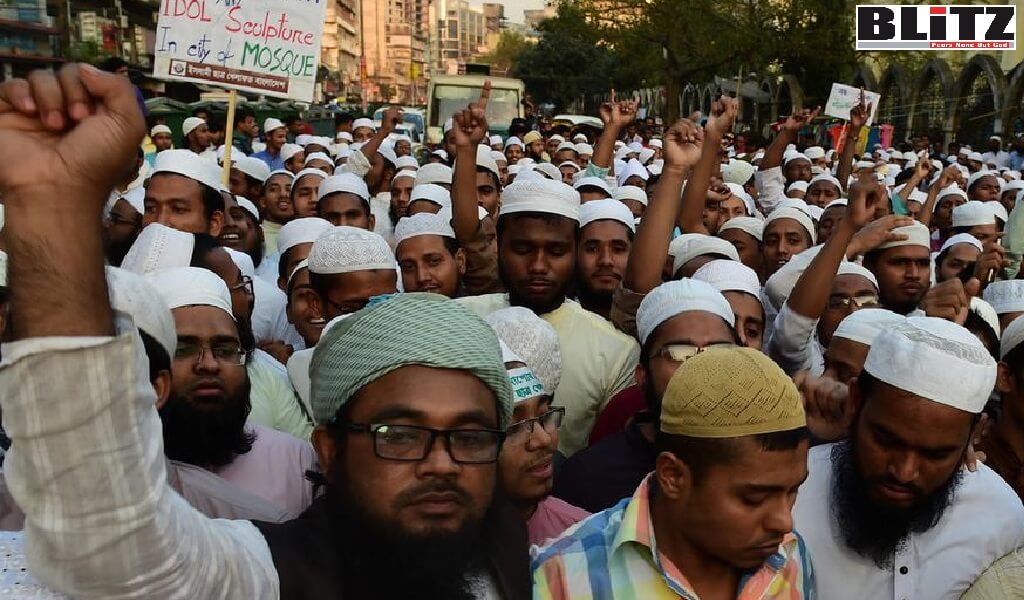 Scandalous leader of pro-Caliphate Hefazat-e-Islam, Mamunul Haque has told interrogators, during his 15-days stay in Pakistan, he succeeded in establishing connections with Pakistani spy agency ISI, which had assigned Mamunul in establishing a far-right Islamist political party in Bangladesh, copying ideologies of Tehreek-e-Labbaik Pakistan (TLP) and Muttahida Qaumi Movement (MQM).

Mamunul said, back in 2017, Hefazat-e-Islam decided to establish its command over Tablighi Jamaat and use it as Hefazat’s vessel of spreading religious extremism and pro-Caliphate ideology. Hefazat was also trying to spread jihadist sentiment within the Muslims in India with the help of Tablighi Jamaat.

He said, he and his organization, Hefazat-e-Islam are using the minor students of various madrassas towards anti-government activities. He further said, Hefazat-e-Islam’s main agenda is unseating the ruling government in Bangladesh and transform Bangladesh into an Islamic republic.

Mamunul told interrogators, his Pakistan connection was established by his own brother-in-law (sister’s husband) Moulana Mufti Muhammed Neyamotullah, who lived in Pakistan for more than a decade. During his stay in Pakistan, Neyamotullah succeeded in drawing attention of the leaders of Lashkar-e-Toiba and few more Pakistani militancy outfits. On his return to Bangladesh, Moulana Mufti Muhammed Neyamotullah joined a madrassa named Jamiya Rahmania. Neyamotullah was having intimacy with Moulana Tazuddin, a prime accused in August-21 grenade attacks on Awami League’s rally. As Neyamotullah was also arrested for his involvement in August 21 grenade attacks, his father-in-law Allama Azizul Huq managed in getting him released by using his connections with Bangladesh Nationalist Party (BNP). Azizul Huq’s party, Khelafat Majlish is a political ally of BNP.

Back in 2005, Mamunul Haque visited Pakistan along with his brother-in-law Neyamotullah. He was first encouraged by Pakistani spy agency to extend support towards anti-Ahmadiyya groups in Bangladesh, while he also was asked to increase influence within the Tablighi Jamaat. Mamunul was also assigned to play role in forming a political force with madrassa students and teachers. Pakistani ISI had provided cash for Mamunul’s initial activities, while it had also promised funding his future activities in Bangladesh.

Hefazat-e-Islam was emerging as combination of TLP and MQM

Hefazat-e-Islam, with the funding from Pakistani ISI as well as Qatar and sources in Dubai were advancing with the agenda of emerging as a far-right Islamist political party copying ideologies of Tehreek-e-Labbaik Pakistan (TLP) and Muttahida Qaumi Movement (MQM). Additionally, Hefazat was also forming a militancy group, with trained armed members from the qawmi madrassas.

It may be mentioned here that, Tehreek-e-Labbaik Pakistan (TLP) is a far-right Islamist political party in Pakistan. It was founded by Khadim Hussain Rizvi. TLP is the organizer of 2021 Pakistani protests. The party also is known for its countrywide street power and massive protests in opposition to any change to Pakistan’s blasphemy law. TLP came into existence, and subsequently rose to infame, after the hanging of Mumtaz Qadri, a convicted murderer, which the political party states was unjustifiable. It demands that Sharia law be established as the fundamental law in Pakistan, through a gradual legal and political process. Most of the party’s members belong to the Barelvi school of Islamic thought (madrassa).

Similarities between Hefazat-e-Islam and TLP

Following the acquittal of Asia Bibi (formally, Asia Noreen), a Pakistani Christian who was charged with blasphemy and kept in solitary confinement for eight years until found innocent on 31 October 2018, Tehreek-e-Labbaik party members held protests across Pakistan that included “blocking roads but not damaging the infrastructure”. Muhammad Afzal Qadri, a TLP co-founder, also called for the death of the three Supreme Court justices involved in hearing Bibi’s appeal, stating “The Chief Justice and two others deserve to be killed … Either their security guards, their drivers, or their chefs should kill them”.

On 2 November 2018, the Government of Pakistan under the administration of Imran Khan and the Tehreek-e-Labbaik political party, which encouraged the protests against Asia Bibi, came into an agreement that barred Asia Bibi from leaving the country, in addition to releasing Tehreek-e-Labbaik protesters who were under arrest. The deal includes expediting a motion in the court to place Asia Noreen on Pakistan’s no fly list, known officially as the Exit Control List (ECL). Due to pressure from Tehreek-e-Labbaik, Pakistani authorities hadn’t released Asia Noreen until the “Supreme Court makes a final review of its verdict” as “Ghulam Mustafa, the lawyer representing a provincial cleric in Punjab who had filed the initial blasphemy charges against Bibi, petitioned the Supreme Court requesting that the judges review her acquittal”.

This agreement between the Government of Pakistan and Tehreek-e-Labbaik has led to “allegations [that] the government was capitulating to extremists”.

In 2018, when the Dutch politician Geert Wilders announced that he is planning to hold a contest to draw caricatures of the Prophet Muhammad, there were large protests in Pakistan against it. It was in this context that TLP leader Khadim Hussain Rizvi declared in front of media that he would order nuclear bomb strikes on the Netherlands to destroy the entire country and “wipe them off the map” just for the cartoons of a few Dutch citizens if he was given the chance to or if he became Pakistan’s leader. He is quoted to have said at a press conference in Karachi “If they give me the atom bomb I would remove Holland from the face of the earth before they can hold a competition of caricatures… I will wipe them off the face of this earth.” Eventually Geert Wilders cancelled his proposed cartoon contest citing fears of security risks.

In late October 2020, just after the killing of French schoolteacher Samuel Paty in a suburb of Paris by an 18-year old Chechen refugee, TLP published an article on their official website where they commended the killing, labelling the killer as a “Shaheed” and “Mujahid” as well as posting a photo of the bloodied severed head of Samuel Paty in the same article on which the killer initially posted to Twitter just after the killing. The post was deleted by Twitter soon afterwards. It may be mentioned here that, Hefazat-e-Islam had also been supportive of the killing of Samuel Paty, while it also was continuing street protests against French President Emmanuel Macron by branding him as “enemy of Islam”.