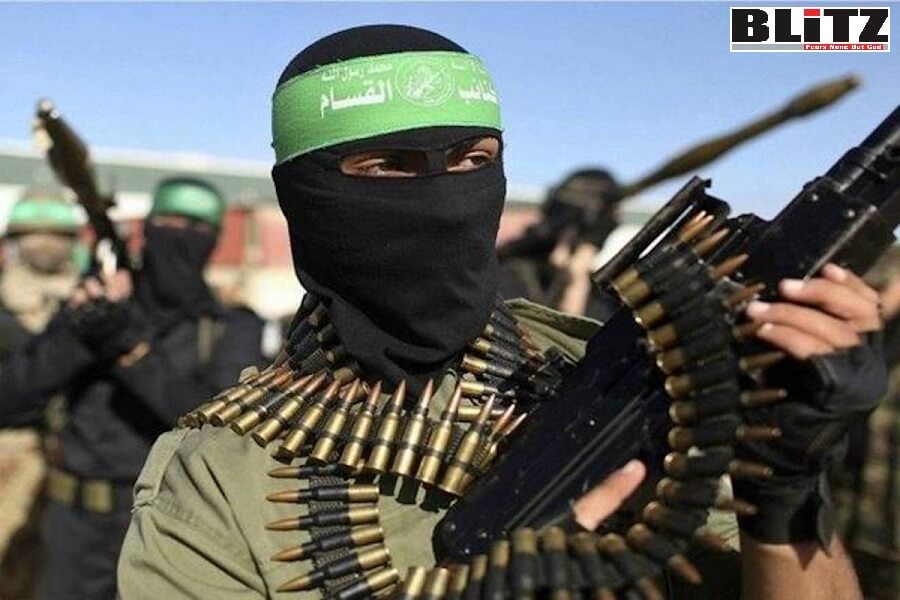 Few years ago, Bangladeshi counterterrorism officials said, members of Ansar Al Islam were secretly giving training to separatist Kuki rebels in India and were trying to collect weapons from the separatist group based in the north-east states of Nagaland, Mizoram and Manipur.

The Kuki separatist group is mainly active in the north-eastern parts of India, but Kuki people are also present in the Chin state of Myanmar.

Counterterrorism officials said, Ansar Al Islam operative Sheikh Abdullah alias Zubayer alias Zayed alias Babed alias Abu Omair liaised between the Kuki rebels in India and the Ansar al-Islam in Bangladesh on behalf of the militant group’s top leader, sacked armed forces Major Ziaul Haque. Zubayer, who joined Ansar Al Islam in 2013 and was gradually promoted to run the intelligence wing of the militancy group, sent its operatives to India to the Kuki rebels for training. Being a trusted accomplice of sacked military officer Ziaul Huq Zia, he was also in charge of collecting funds and the militant group’s management.

According to latest information, Ansar Al Islam with the active collaboration of Hizbul Mujahedin and separatist group ULFA has established a training base in Nepal’s mountainous area, where Pakistani spy agency ISI is providing training to jihadist and militancy groups. It is also learned that, arms and explosives for training are supplied by ISI through secret channels.

It may be mentioned here that, Ansar Al Islam is the regional counterpart of Al Qaeda.

According to another source, Ansar Al Islam, with the help of Hefazat-e-Islam has succeeded in penetrating within Tablighi Jamaat with the target of expanding its supporter and members numbers in the South Asian nations. Tablighi Jamaat, which already is considered as a recruiting vessel of the jihadist groups has significant presence in Bangladesh, India, Pakistan, Sri Lanka and other South Asian and Asian countries.

In the recent years, notorious militancy outfit Ansar Al Islam has succeeded in establishing its dominance over Hefazat-e-Islam as a large number of key figures in Hefazat are directly connected to Ansar Al Islam. It is also learned from credible sources, since 2018, Harkatul Jihad (HUJI) has also got affiliated with Hefazat as a significant portion of madrassa teachers and students are sympathetic to HuJI ideologies and jihadist agenda.

Several officials of intelligence agencies said, banned militancy outfit HuJI is once again becoming active under the façade of Hefazat-e-Islam. It also said, HuJI’s involvement was found during three-day Hefazat mayhem in Bangladesh in March 2021 under the pretense of “protest against the visit of Indian Prime Minister Narendra Modi”.

Officials say, the mayhem was actually a planned activity of HuJI.

According to officials, HuJI, which was banned in 2005 in Bangladesh following the gruesome grenade attacks on an Awali League rally in Dhaka that killed 22 people, from which Prime Minister Sheikh Hasina had narrowly escaped, started to gather under the umbrella of Hefazat-e-Islam since 2007. HuJI has succeeded in establishing control over a large portion of Qawmi madrassa [Koranic school] students and teachers. It may be mentioned here that, according to statistics, there are over 90 thousand Qawmi madrassas only in Bangladesh.

The transformation of Hefazat-e-Islam from an Islamist advocacy platform of madrassa teachers and students to a political pressure group has drawn the attention of a large number of radical Islamic militancy outfits, Islamist groups and anti-India entities. This had made Ansar Al Islam, HuJI and other militancy outfits in aligning with Hefazat.

According to media reports, Huji started to call the Hefajat shots when a number of its leaders managed to get posts in the recently-formed central committee of Hefazat. They instigated the recent violence that left at least 17 people dead, said the investigators.

Mahbub Alam, joint commissioner (Detective Branch) of Dhaka Metropolitan Police told the media, “In our investigation, we have got evidence on Hefazat’s links with militant outfits. A group of Afghanistan returnees along with some Jamaat-Shibir men became tagged with the religion-based organization [Hefazat]”.

According to Police Bureau of Investigation sources, HuJI is carrying out its recruitment activities under the guise of Hefazat-e-Islam.

Although BNP’s connections with Hefazat-e-Islam has already been exposed, according to analysts, Hefazat also enjoys support from the top leadership of Jatiyo Party, as the later considers Hefazat as an effective force in gaining political mileage.

According to sources, more than 30 Afghan returned are still absconding and over 200 HuJI members have fought in Arakan, Myanmar as well as Palestine.

It is also learned, leaders of HuJI are maintaining communications secretly through various apps including Telegram. A source said, a large number of HuJI leaders currently are in Saudi Arabia, Pakistan, Qatar, Oman, Syria, Turkey, Lebanon and Palestine.

According to analysts, the ongoing geo-political crisis due to Rohingya influx in Bangladesh and few other countries may create a favorable condition for the militancy groups in expanding their network and number of potential fighters. This would pose gravest security threats to several countries, as HuJI and other militancy groups would finally resort to subversive activities.

Although Hefazat-e-Islam denounces democracy, it is taking preparations of participation in the 2023 general election in Bangladesh, most possibly by forming alliance with BNP and Jatiyo Party. While Hefazat candidates may not seek nomination from BNP or Jatiyo Party, they would participate in the election under the banners of Jamiyat-a-Ulamaye Islam, and Khelafat Majlish, Khelafat Andolan. It may be mentioned here that, Jamiyat-a-Ulamaye Islam, and Khelafat Majlish, Khelafat Andolan are already registered with the Election Commission as political parties, a pre-requisite for participating in the election.

According to intelligence sources, Ansar Al Islam appears strongest in Dhaka and Chittagong. It also has bases in Satkhira and Kushtia districts.

According to sources apart from making recruitments through online platforms, including Facebook, it is targeting the needy even non-Muslim and transgender people, who would not ever come under suspicion of joining militancy.

It has undertaken some projects in Dinajpur, Netrakona, Jamalpur, Madhupur and Tangail targeting marginalized and ultra-poor communities, providing them with cash and other supports.

Ansar Al Islam has also got a new spiritual leader who goes by the name of Sheikh Tamim Al Adnani. A former madrasa teacher, he is now responsible for reorganizing the outfit. Sheikh Tamim’s sermons are published in different platforms to draw potential militants, he added.

According to a senior official of Bangladesh Police, Ansar Al Islam has investments in agro farms, publication industry, e-commerce, IT firms, restaurants, cafes, clothe stores etcetera. A significant number of Ansar Al Islam affiliated IT firms are currently working as freelancers with several large tech companies in the US and European nations. It is also learned from credible source, Ansar Al Islam and Hefazat men in the IT sector are gradually establishing their dominance on social media by obtaining internship or freelance jobs from tech giants.

Ansar al-Islam operates through several wings like recruitment, media, IT, intelligence, and operation. It also has sleeper cells – each containing not more than five members.

To dodge the law enforcers, the outfit has started using a portable operating system, which can be carried in a pen drive and operated from any device without keeping any digital trace. According to information, it takes maximum 10 minutes to boot and all the files are removed soon after the portable drive is unplugged from the device.

The top leadership uses it to communicate with a sleeper cell chief, according to several top officials who have been monitoring militant activities for more than a decade.

The outfit members also use a secret platform called jabber[dot]net for communication.

These details and documents about the outfit’s activities were found after intercepting correspondences over “Tutanota”, an email service which Ansarullah members earlier used.

According to sources, those who believe in the ideology of Ansar Al Islam are called “Madu or supporters” and full members are “Ikhwa”.

A sleeper cell is made of three to four full members.

In every cell, a chief gets appointed to coordinate activities of those three or four full members.

Only the sleeper cell chiefs are connected with each other and they can communicate up to the section chief. The sleeper cell members remain ignorant about each other’s identity and they only receive instruction from their chief.

The section chiefs only have access to the IDN chief and not beyond that.

When someone is targeted for killing, information about the person is collected through the intelligence wing and finally the top leadership gives directives to the IDN chief, who finally executes the plan through a sleeper cell.

Ansar al-Islam now has at least 700-800 active members and at least 274 of them are sleeper cell members.