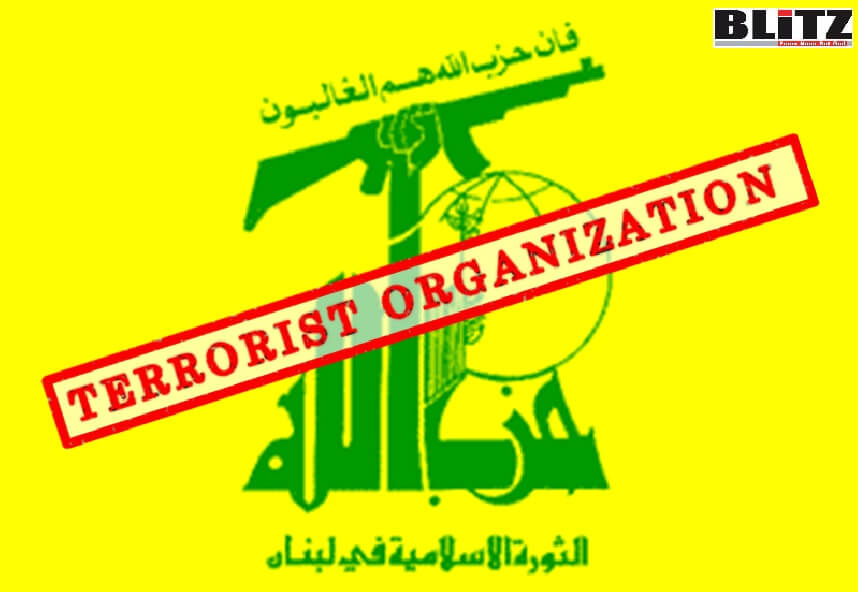 The terrorist organization Hezbollah is the only confessional group in Lebanon that is fully armed, while all other confessional groups have disarmed, and designated the Lebanese Armed Forces to be the defender of Lebanon. Hezbollah’s armed operatives are in fact more powerful than the official Lebanese army. Maronite Christian Patriarch Bechara Boutros al-Rai, has called for Lebanon’s neutrality and the implementation of its full sovereignty. He clearly hinted to the illegality of Hezbollah’s sole possession of arms. He also alluded to the fact that the Lebanese state is currently under Hezbollah and Iranian occupation.

The various confessional elites running the government are skimming from the public treasury, including funds provided by western states and international institutions, lining their pockets as well as those close to them, and sharing the loot with Hezbollah. All the while, Lebanon has been facing an unprecedented economic and political crisis as the result of decades of government corruption and mismanagement, and at the same time Hezbollah and its Iranian patrons control the Land of the Cedars. It has resulted in Lebanon’s isolation from its Arab and international (historical) allies. The coronavirus pandemic hit Lebanon hard, and combined with Beirut shipyard docks massive explosion in August, 2020, that destroyed parts of Beirut and killed 150 people. Beirut’s residents as well as Lebanese from throughout the country have been protesting in the streets and pointing an accusing finger in Hezbollah’s direction.

The fact that dangerous chemicals were stored near residential areas relates closely to what Israel’s Defense Minister Benny Gantz revealed in an interview with Fox-TV News (March 5, 2021) in which he presented a target map of Hezbollah missiles stored in residential areas in Lebanon. Gantz pointed out that Hezbollah possesses “hundreds of thousands of missiles,” and claimed that the map pointed to “the locations of Hezbollah’s ground forces, storage sites, command offices, and missile launch sites.” Saudi Al Hadath TV-News broadcasted the suspected locations of more than 30 warehouses that currently store Hezbollah’s weapons in residential neighborhoods in Lebanon.

Patriarch al-Rai urged his fellow Lebanese not to be silent about loyalty to foreign nations (alluding to Hezbollah’s relationship with Iran) and the stealing (by their government) of their money. He stated, “Do not remain silent about the failure of the political class, nor about illegal and non-Lebanese weapons, nor about the coup against the state and the regime.” Patriarch al- Rai called for an international conference to find a solution to the problems that paralyze the work of the constitution. He pointed out that, “The aim of establishing the state of Lebanon was to create a neutral entity in the east that will form a link and a bridge between east and west.”

The Lebanese Maronite Christian Church (affiliated with the Roman Catholic Church) played a major role in Lebanon’s history. In the aftermath of WWI, Patriarch Elias Hoayek led a Lebanese delegation to the 1919 Paris Peace Conference, where the delegation called for the establishment of the State of Lebanon. The French received the League of Nations mandate to govern the Levant (Syria and Lebanon), which ended in November, 1943, leading to Lebanon’s independence. The French, being the traditional protectors of the Christians in the Levant, created in 1920 the Greater Lebanon, as a separate mandate from Syria, and it then allowed for the Christian Maronites to dominate Lebanon.

The civil war in Lebanon (1975-1990), which ended with the signing of the Taif Agreement (1989), has created the current political system. Another Maronite patriarch, Nasrallah Boutros Sfeir, played a major role in the shaping of the current system. Parliamentary seats are apportioned equally between Christian and Muslim groups, thereby replacing the earlier ratio that had favored the Christians. The confessional distribution is also being observed in appointments to public office. The head of state is the President, who is elected by a 2/3 majority of the National Assembly (Parliament) for a term of six years, and is eligible to serve consecutive terms. By an unwritten convention, the President must be a Maronite Christian, the Prime Minister a Sunni Muslim, and the Speaker of the National Assembly a Shiite Muslim.

This confessional based system has been the target of protesters since 2019, who demanded a government of competent professionals or technocrats. Prime Minister-designate Saad Hariri stated on March 17, 2021, “If his Excellency the president (Aoun) finds himself unable to sign the decrees of a government of non-partisan specialists that can implement the needed reforms, he will have to be frank with the Lebanese about the real reason pushing him to try to impede the will of the parliament, which has picked the PM-designate five months ago.” Aoun, although a Maronite Christian, is allied with Hezbollah as part of the March 8th Alliance. Hezbollah, in the meantime, is trying to shift public anger and blame for the lack of a functioning government onto Hariri.

The mass protests 18 months ago against Lebanon’s political class brought down the government. It has also caused the Lebanese currency (the Pound or Lira) to lose 90% of its value. Lebanon has defaulted on its debts and the Lebanese banks have cut clients out of their dollar deposits. In food stores, shoppers are fighting over scarce goods such as powdered milk. Protesters throughout Lebanon are burning tires and blocking roads in desperation. The sight of shutdown businesses has become commonplace. The once Paris of the Mediterranean that was Beirut, has turned into a ghost–town, with sporadic looming darkness that is a result of a shortage of fuel and an impending cut off of electricity.

The Arab Gulf states that used to invest heavily in Lebanon, as well as the international community are reluctant to provide funds to Lebanon. They are wary of the corruption, and the expanding power of Iran’s client – Hezbollah. Lebanon needs $30 billion to recover from its political and economic mess. Yet, Hezbollah is manipulating the violent protests by shifting attention away from its rule as a major part of the corrupt establishment.

While Lebanon is broke, Hezbollah’s coffers, albeit somewhat diminished as the result of US sanctions against its patron Iran, are still being filled. In a clever scheme, the Iranians are “killing two birds with one stone.” They ship oil to the Assad regime, and in return, Assad’s Syria is transferring cash for the oil directly to Hezbollah’s coffers. It makes life easy for Iran by avoiding dangerous ways of laundering money, while also steering clear of Lebanese banks that are under international scrutiny. Another source of revenue for Hezbollah is its illicit drug trafficking throughout the world.

Patriarch’s al-Rai’s speech on February 27, 2021, at the patriarchate in the mountain village of Bkerki, north-east of Beirut, where he called for the internationalization of the Lebanese crisis, elicited a sharp reaction from Hezbollah. They accused al-Rai of attempting to undermine its (Hezbollah’s) influence in Lebanon, and of creating international pressure to push Hezbollah to abandon its weapons. According to The Arab Weekly, those present at the Bkerki gathering, estimated to have been 15,000, shouted slogans in support of the Lebanese Army and denounced Hezbollah as a terrorist group.

Patriarch al-Rai’s move with regards to disarming Hezbollah and returning Lebanon to neutrality in regional and international relations is reminiscent of similar Maronite pressure in 2001, to remove the Syrian army from Lebanon, which materialized four years later. Let’s hope Maronite action does it again with Hezbollah.