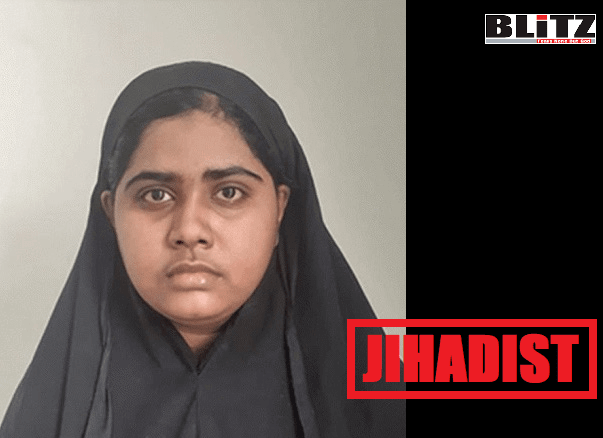 Law enforcement agencies in Bangladesh arrested an Indian girl for her active involvement in recruiting jihadists and her direct link to a terrorist group named Jamaatul Mujahedin Bangladesh (JMB).

The 25-year-old Ayesha Jannat Mohona hails from Hooghly in West Bengal and was arrested by the Bangladesh Police’s Counter-Terrorism and Transnational Crime Branch last week from Sadarghat in Dhaka.

It was in the year 2016 that she first left for Bangladesh from West Bengal. The CTTC has learnt that she had made several to and from trips since then. In Bangladesh, she even procured a fake birth certificate and a national identity card of Bangladesh.

Mohona entered Bangladesh in 2019 and since then has been working for JMB under the disguise of a madrassa teacher.

Ayesha, born a Hindu as Pragya Debnath converted to Islam in 2009. Following this, she was actively involved in religious lessons online.