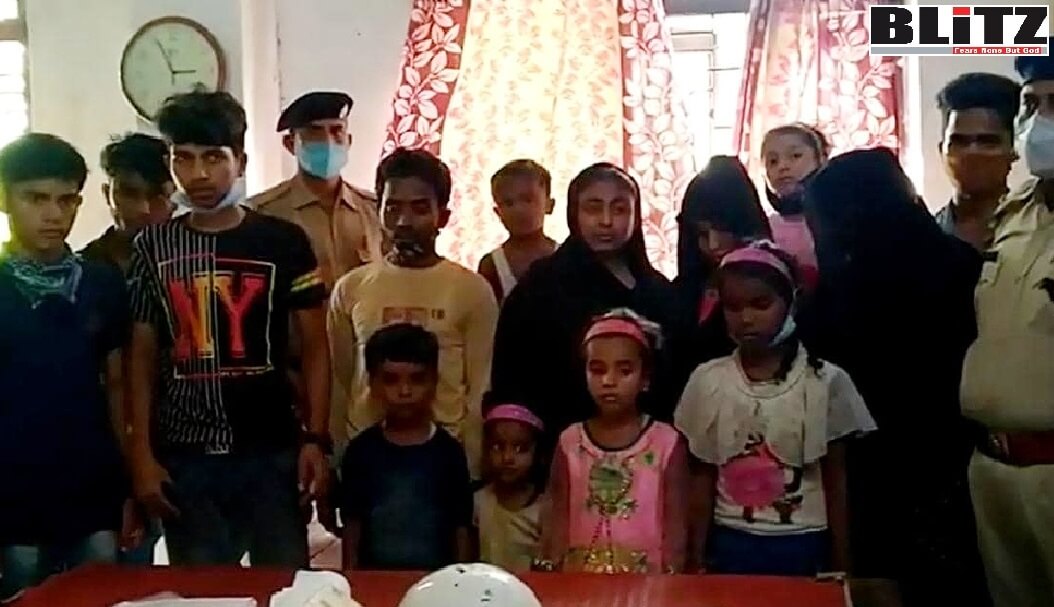 While Myanmar authorities are playing dilly-dallying tactics in delaying the process of taking back over 1.10 million Rohingyas from Bangladesh, as well as a large number of them from various countries, according to Indian authorities, a group of Indian Muslim are secretly trying to set up a jihadist outfit with Rohingyas in Assam. The sensational revelation has come up during the investigation of a case related to the arrest of 24 Rohingyas in Assam in the month of June-July this year.

According to intelligence report, in June, the Government Railway Police personnel (GRP) had arrested nine Rohingyas, including three women and a child from Assam’s Guwahati. The arrested Rohingyas were allegedly carrying forged ID cards of the United Nations High Commissioner for Refugees (UNHCR).

The report said, an Indian citizen named Aman Ullah, hailing from Jammu’s Narwal area accompanied the Rohingya group, while they were on their way to Jammu. Aman Ullah was coordinating the entrance of Rohingyas through Indo-Myanmar borders. Indian railway police also arrested 15 Rohingyas along with three Indian agents from Badarpur in Assam in July this year.

During investigation it was revealed that Aman Ullah was having direct links with the leaders of Arakan Rohingya Salvation Army (ARSA) and was actively involved in forming a training base for ARSA in Jammu. It was also revealed that ARSA has been getting support from Hizbul Mujahidin as well as Pakistani spy agency Inter Service Intelligence (ISI), while the Rohingya militants are getting financial support from several countries including Qatar, Turkey and Iran.

Meanwhile, according to another highly-placed source, ARSA has established connections with fugitive ULFA leader Paresh Baruah as well as radical Islamic militancy groups such as Ansar Al Islam, AQIS and other smaller jihadist groups inside India. The source further said, jihadist and separatist outfits are trying to set up secret jihadist camps and sleeper cells in Assam and other parts of the northeastern states.

An Indian newspaper quoting a “highly-placed” source in the National Investigation Agency (NIA) said, jihadist groups inside India have already created a number of “secret tunnels” within India-Bangladesh and India-Myanmar borders, which would be used a passages by the jihadists for terrorist activities as well as trafficking in yaba pills from Myanmar.

Notorious jihadist outfit Hezbollah in Lebanon and Hamas in Gaza have been regularly digging tunnels with Israel with the agenda of continuing terrorist attacks through the tunnels. Now Pakistani ISI has copied the idea and has started working on digging tunnels with neighboring provinces in India, including Punjab, Jammu and Kashmir, and few more locations, which would be used as the convenient path for the terrorists in “hit and run” attacks inside India. It is also rumored that a rogue Asian nation, with substantial experience in secret tunnel projects has been providing technical assistance to the Pakistani side. Once ISI succeeds in implementing the tunnel projects, number of terrorist attacks inside India as well as jihadist and separatist activities will increase at an alarming level.

Although until now majority of the nations in the world are surprisingly reluctant in exerting huge pressure on Myanmar authorities in immediately taking-back their 1.20 million Rohingya citizen from Bangladesh and the Rohingyas from other countries in the world, delay in Rohingya repatriation is giving scope to global terrorist outfits in exploiting the Rohingyas in resorting to terrorism and jihadist activities.