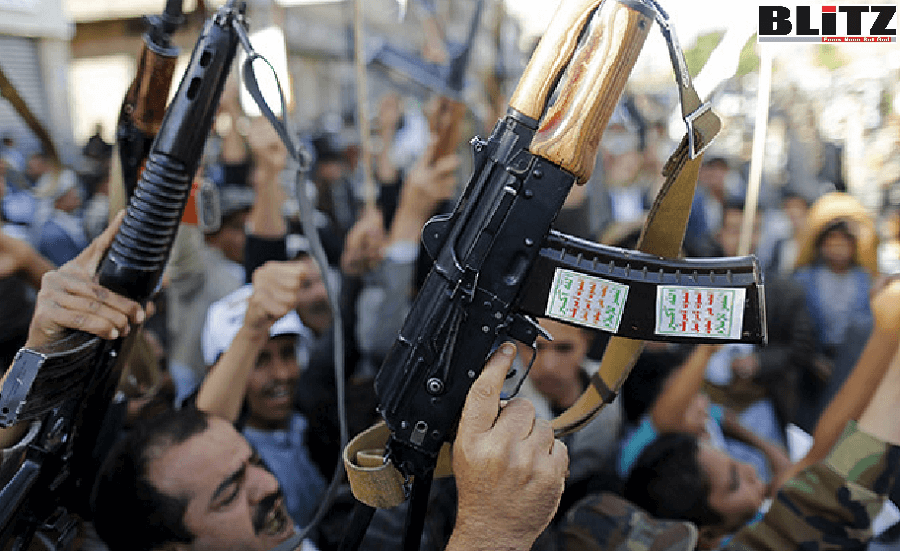 In sum, the current Yemeni situation may have become an opportunity to remind of a strategic rule that offensive military action is a necessary element to reach meaningful negotiations, and from here the international community must assume its responsibility to take deterrent measures against the Houthis and Iran, after they have become a serious threat to security. Writes Nayef Al Zahim

With intense terrorist attacks targeting civilians and civilian installations in the Kingdom, the Houthi militia responded to the initiative launched by Saudi Arabia to settle the Yemeni crisis. To establish before the eyes of the international community an indisputable truth, which is the Houthis’s hostility to Iran, and their lack of any will to interact with the calls and merits of peace.

Day after day, the Houthis prove their incompetence as a partner to make and build peace, and their detachment from the national umbrella and the Arab incubator by falling into the arms of the mullahs’ regime in Tehran, for the current Houthi escalation is one of the tools of the reckless Iranian agenda that uses Yemen as a bargaining chip in the stalled efforts to revive the 2015 Iranian nuclear deal. Tehran It is working with all it can to prolong the war, as any horizon for a political settlement in Yemen represents a disaster for the mullahs’ regime and a weakening of Tehran’s position in any future negotiations with the United States.

It is regrettable that some of the lax policies adopted by the Democratic US administration led by US President Joe Biden towards the Houthis and Tehran have exacerbated the complexity of the Yemeni crisis instead of solving it. The evidence for this is that the US leniency with the Houthis by removing them from the terrorist lists under the pretext of concerns impeding the delivery of humanitarian aid to Yemenis It did not contribute to persuading the Houthis to respond to Washington’s repeated calls to stop the attack on Marib, and the attacks targeting the Kingdom.

The Saudi initiative demonstrated Riyadh’s keenness on the security, stability, unity and sovereignty of Yemen, and placed the Houthis in a difficult position before the Yemeni people and the international community alike. This terrorist militia sought to thwart the initiative with an open Iranian incitement confirming that its project for Yemen is devastation and destruction, not good and reconstruction.

The history of the Houthi militia testifies that they have neither a covenant nor a word. They have always breached covenants and agreements, whether with the Yemeni government, tribes or other political parties, which requires a new, serious and responsible approach adopted by the United States and the international community, based on considering the military tool as a necessary element. To put enough pressure on the Houthis to reach meaningful negotiations, as this terrorist militia only understands the language of force, and will only respond with pressure and incur heavy losses.

The march of the negotiating rounds over the past six years, whether in Kuwait, Geneva or Stockholm, is a testament to that, as all of them came after the Houthis were subjected to heavy military pressure from the Arab coalition to support legitimacy.

In sum, the current Yemeni situation may have become an opportunity to remind of a strategic rule that offensive military action is a necessary element to reach meaningful negotiations, and from here the international community must assume its responsibility to take deterrent measures against the Houthis and Iran, after they have become a serious threat to security. And international peace.