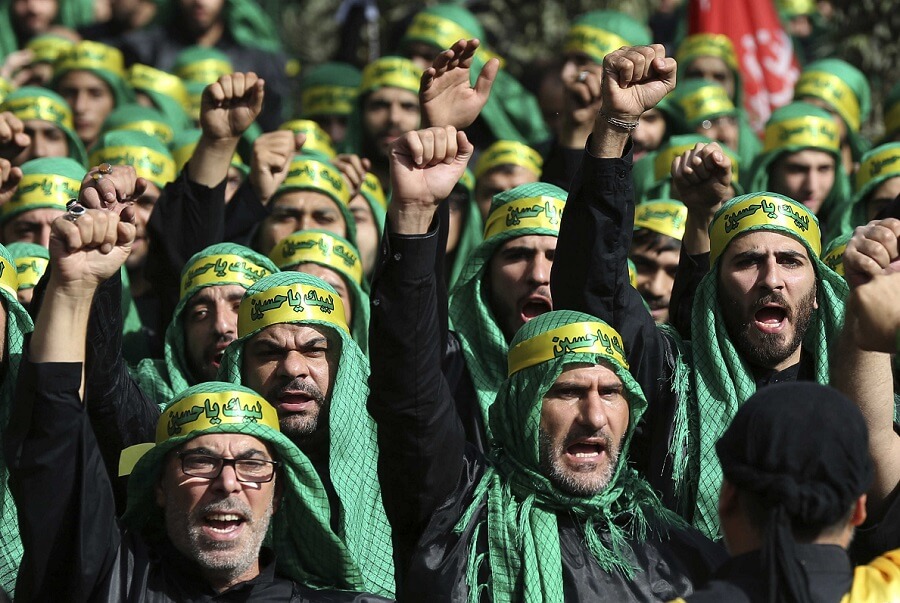 Iran has been testing American resolve under Biden as it demands a lifting of American sanctions. Iran also has not forgotten the assassination of General Qassem Soleimani, and has repeatedly vowed to avenge his death. Hezbollah’s Secretary-general, Hassan Nasrallah, has also threatened the US, stating: “If you don’t leave vertically [on your own two feet], you will leave horizontally [lying in a coffin]”, writes Christine Douglass-Williams

The Middle East has never been more unstable, especially now that the Biden administration has taken the reins. Between Biden’s public gaffes and appeasement of America’s worst enemies, respect for America has vanished, making for a heightened security threat.

Tensions between the Biden Administration and Iran have been building in Iraq; on February 26, US air raids targeted Iranian militia positions along the Iraq-Syria border, heightening tensions even more.

Iraq has been a hotbed of Iranian militia activity. The U.S. has been working with Iraq to fight the Islamic State, and Iran, too, is said to have been doing the same, but there is more to the situation than meets the eye, according to Mehmet Alaca, an expert on Iran-backed militias. He warns that Iran has been using the Islamic State presence to “justify its political expansion across a wider region under the guise of fighting terrorism.” This is in keeping with the modus operandi of Iran, given its vast proxy network throughout the region and far beyond. In addition:

Iran always wants to push back the line of security threats from its core of the revolutionary establishment to other places like Syria and Iraq. Tehran wants to further [push] away security threats from its borders. As a result, it aims to establish its defense line with its interventions in other countries like Syria and Iraq.

Iran has been testing American resolve under Biden as it demands a lifting of American sanctions. Iran also has not forgotten the assassination of General Qassem Soleimani, and has repeatedly vowed to avenge his death.

Hezbollah’s Secretary-general, Hassan Nasrallah, has also threatened the US, stating: “If you don’t leave vertically [on your own two feet], you will leave horizontally [lying in a coffin].”

According to MEMRI: In the recent days, ahead of the Strategic Dialogue between the US and Iraq, scheduled to begin on April 7, 2021, leaders of the pro-Iranian Shi’ite militias in Iraq clarified that they consider the talks to be pointless. They added that the only valid option is a full withdrawal of the U.S. forces from the country, and that their military activity against these forces will continue until this occurs.

On April 4, 2021, Iraqi media reported that two mortars had fallen near the Balad military base, south of Tikrit, which houses US troops, among others. According to an Iraqi security source there were no casualties or damage.

Asa’ib Ahl Al-Haq Secretary-General: We Will Increase Our Attacks On The US Forces

At an April 2, 2021 rally in the Dhi Qar Governorate in southern Iraq, Qais al-Khaz’ali, the secretary-general of Asa’ib Ahl Al-Haq, called on the Iraqi government to show courage and comply with “the will of the people” and the decision of the Iraqi parliament, and end the presence of the U.S. forces in the country. He said: “We, the Islamic resistance factions, have borne and will continue to bear arms in order to end the military occupation and remove any [American] presence and all the military bases of the Americans, who have never been interested in the good of the Iraqis and never will be, but only in the good of the Zionist entity. The resistance operations that are currently taking place will continue and will increase in number and quality, if the US does not agree to shut down its bases in western and central Iraq, and  even in the north of the country… There is no valid reason for [the continued presence of the Americans] in the Ain Al-Assad base in Al-Anbar, in the al-Harir base in Irbil, or anywhere else.  This is the decision and the promise of the men who warned the American occupation forces in 2003 and 2004 and expelled them [from the country] against their will, when [the US] had over 10,000 troops and bases all over Iraq. Thanks to Allah and the support of our people, we now have greater abilities and resources to expel the occupier.”

This Hezbollah Brigades also disparaged the upcoming talks and threatened to continue the attacks on the U.S. forces until they fully withdraw from Iraq. The militia’s spokesman, Ja’far Al-Husseini, said: “The negotiations are pointless, because the Iraqi people has decided to end the presence of the US occupation. The Iraqi resistance continues to pressure the US, and it [too] is determined to end the occupation.”

On April 4, the Hezbollah Brigades’ Telegram channel posted an image of the US flag spawning scorpions, with the caption “Absolute Evil.”

Supporters Of The Militias On Twitter: Resistance Is The Only Way To Expel The American Forces

Supporters of the pro-Iranian Shi’ite militias in Iraq echoed the messages of the militias’ leaders against the Strategic Dialogue, as well as the threats of continued attacks. Tweeting under the hashtag “The decision to expel the occupation has already been taken,” many of them repeated the slogan “No negotiations and no nothing, except resistance.” User “ELNAZ K/M” wrote: “As the secretary-general of [Lebanon’s Hezbollah, Hassan Nasrallah], said, if you don’t leave vertically [on your own two feet], you will leave horizontally [lying in a coffin].” She appended an image of a coffin wrapped in a US flag.

Others referred to what they called the negative impact of the US military presence in Iraq. One user wrote: “America is the source of all evil in the world, and especially in Iraq. Continued occupation means continued destruction and corruption.”