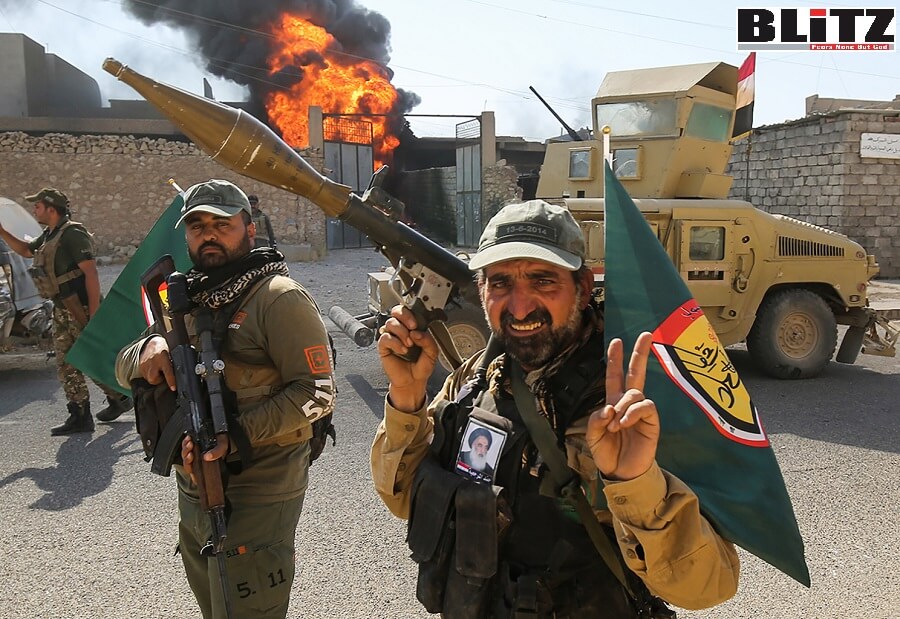 Iran-backed Shiite militias in Iraq now control ISIS’ “legacies” in Iraq, such as the lands seized by the terrorist group and the oil wells and commercial relations on the Iraqi-Syrian borders, says US intelligence report.

According to Asharq Al-Awsat newspaper, the report has provided extensive, never before revealed details on how the Iran-linked militias are creating a new order to dominate a strategic region of the country that connects Iraq and Syria.

The militias are taking advantage of the vacuum caused by the collapse of ISIS’s so-called “caliphate” to begin building security, social, political and economic structures to dominate the area, the US Newlines Institute report said.

“The militias’ infiltration into police and security forces has allowed them to control Iraqi citizens’ movements, trade, occupation and other aspects of their private life,” it noted.

Some factions threaten journalists, block roads to important commercial areas to hamper business and even take scores of residents from villages to unknown locations.

Militants also use threats and acts of violence to get their preferred academics put in charge of some of the more important colleges in provinces where the militias are flourishing. They have also established schools that do not follow local or federal norms and rules.

Following the liberation of Mosul and the rest of Nineveh province from ISIS, the militias began manipulating land ownership to engage in demographic engineering.

According to the report, agricultural lands in the Nineveh Plain area were distributed among the militias. These villages on the outskirts of Mosul were predominantly Christian and ISIS seized them in 2014.

The militias also took control of more than 72 oil fields in the Qayyarah area south of Mosul that ISIS had previously controlled, and the factions pilfer around 100 tanker trucks of crude oil daily.

It pointed to the hundreds of thousands of dollars made by the militias every day through extortion at illegal checkpoints they have set up across the country.

They further demand protection money of $1,000 to $3,000 monthly on larger restaurants. “Owners who fail to pay could have their restaurants blown up, and other parties, including the Iraqi army, would falsely attribute the explosion to ISIS.”

It accused local and provincial politicians of cooperating with some of the militias out of their own interests, courting the Popular Mobilization Forces (PMF) for political and financial support.

Caroline Rose, a senior analyst and one of the report’s co-authors, said the weakness of the Iraqi authorities emboldened these militias and allowed them to penetrate the government and state institutions.

Rose told Asharq Al-Awsat that Prime Minister Mustafa al-Kadhimi is definitely facing a major challenge in his government and state institutions because those militias enjoy influence over the government, regions and local officials everywhere.

The reform process requires great effort and strength, she stressed.

She did not rule out the possibility that Iran may benefit from this chaos, caused by the militias, and perhaps even make financial gains through them.

The current situation in Iraq does not serve the Iraqis, the government or the Americans deployed there. It only benefits Iran, she explained.

Rose further called on the US government and international parties to help Iraq overcome this crisis and regain control over the state.