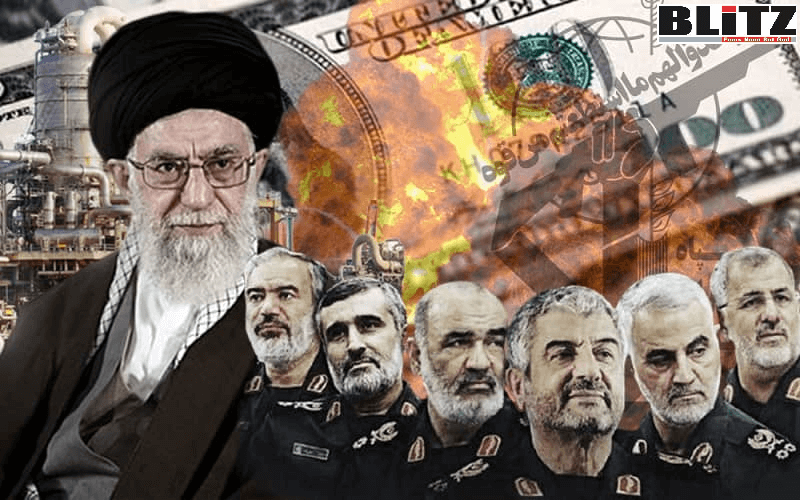 Amid rising tensions in the Middle East with Iran-backed Houthi terrorists hitting civilian targets and airports, key policymakers of the Iranian mullah regime are reportedly plotting massive attacks on a number of countries, including Saudi Arabia, the United Arab Emirates, Bahrain and Israel. According to credible intelligence sources, Iran has deployed Pakistani, Indian and African nationals as deep-covered agents inside diplomatic and business establishments of Saudi Arabia, the United Arab Emirates, Bahrain, Israel and the US to steal required information for possible terrorist attacks, mostly during March-July of this year. These secret terrorist attack plots are part of Tehran’s tactics of exerting pressure on the Biden administration forcing them to return into the nuclear deal, while Iranian regime also is winning to destabilize law and order situation in the Middle Eastern countries.

Earlier, Iran had deployed several agents to collect intelligence on the diplomatic missions of Israel, the US, United Arab Emirates (UAE) and Saudi Arabia in an undisclosed East African country ahead of a potential terrorist attack, which was successfully foiled.

Iran has previously threatened the UAE directly and condemned the Gulf state for normalizing diplomatic relations with Israel last summer.

Several agents involved in the alleged Iranian plot were dual European and Iranian citizens. While some of the agents were arrested in the East African country, others were detained elsewhere.

Few days ago, Ethiopia announced that 15 people were arrested for planning to target the UAE embassy in Addis Ababa. Weapons and explosives were also seized when Ethiopian authorities foiled the plot.

Another group of suspects plotting attacks against the UAE embassy in Sudan were also detained in that country, according to Ethiopia’s state news agency. It is not clear whether these arrests are connected to recent reports of Iranian-led terrorist plots in East Africa.

These developments come as Iran increasingly violates the 2015 nuclear deal by further enriching uranium and reportedly expands its advanced centrifuges required to develop nuclear weapons. Beyond seeking revenge for previous assassinations, Iran could be seeking to target U.S. and Israeli embassies abroad in an effort to gain some leverage in future negotiations on its nuclear program and regional activities – including state sponsorship of Shi’a militant organizations.

Meanwhile, two unknown terrorist organizations, including one called SarAllah India Hezbollah, claimed responsibility for a rudimentary improvised explosive device attack outside Israel’s embassy in New Delhi in January 2021. No one was injured. Authorities discovered a handwritten note from SarAllah India Hezbollah threatening the Israeli ambassador to India: “Now get ready for a big and better revenge for our heros; martyr Qasem Soleimani, Martyr Abu Mahdi al-Muhandis and Dr. Mohsin Fakhrizadeh,” according to Blitz and other media reports.

Media reports said that while this claim of responsibility appears dubious, the organization’s name includes a common Shi’a moniker used by Iran-sponsored groups in Iraq and Bahrain. Although Indian authorities have not yet revealed whether the attack was carried out by an Iranian-affiliated organization or a local group, according to counterterrorism experts, Iran definitely was behind the bomb-explosion in front of Israeli embassy in Delhi.

Meanwhile, according to media and intelligence reports, Iran has been deploying terrorist operatives to worldwide conduct assassinations and other types of attacks against dissidents and Western interests for decades.  In some cases, Iranian diplomats play a key role in facilitating terrorist plots.

A Vienna-based Iranian diplomat was convicted recently of plotting a foiled terrorist attack targeting an Iranian dissident group in France in 2018. A Belgian court sentenced him to 20 years in jail after refusing to accept claims of diplomatic immunity.

Iran’s efforts to target Western interests in recent years is explored in a comprehensive study published last year focusing on the Islamic Republic and Hezbollah’s “pre-operational modus operandi in the West”.

The publication is based on significant evidence, including court documents and reports detailing arrests of Iranian and Hezbollah agents abroad, showing how these actors develop sleeper networks in the United States and Europe for future attacks.

The authors, who led Iran and Hezbollah intelligence investigations for the NYPD [New York Police Department], assess that “there is a high likelihood of a possible future attack on US interests abroad and the possibility of an attack in the homeland,” particularly in retaliation for the killing of General Soleimani.

Iran and Hezbollah are known to retaliate against its enemies abroad following high profile assassinations. The 2008 targeted killing of senior Hezbollah leader Imad Mughniyah, who was responsible for planning attacks against Jewish and Israeli targets around the world, including in Azerbaijan, India, Cyprus, Thailand, and Turkey, offers a clear example.

Hezbollah responded by carrying out a bombing of a bus full of Israeli tourists in Bulgaria in 2012, killing five Israelis and a Bulgarian driver. In September 2020, a Bulgarian court convicted a Lebanese-Australian and a Lebanese-Canadian in absentia for helping a Lebanese-French man carry out the attack.

Iran often recruits European, Asian, African and Western nationals from the Shi’a diaspora as operatives and relies on business and diplomatic covers to conceal operational plans. A similar approach appears at play in the latest report exposing Iranian terrorist plots in East Africa. Iran and its proxies often work to collect intelligence, conduct surveillance, and engage in logistical planning ahead of potential attacks.

Terror-patron Iran has reportedly established a strong network inside India with the help of local jihadist and terrorist groups, including Hizbul Mujahideen, United Liberation Front of Assom, Tamil Nadu Liberation Army, Indian Mujahideen, Tehreek-ul-Mujahideen and several jihadist groups based in Kashmir. It is also learned that in West Bengal, jihadist and terrorist groups are getting discreet patronization from the ruling Trinamool Congress, as it considers these groups as pressure forces against Delhi’s central government. A number of Trinamool Congress leaders were earlier exposed of having links with several militancy outfits. Some of them are even having direct links with Pakistani ISI as well as notorious terror don Dawood Ibrahim.

While it is known to the counterterrorism experts – Iran and its allies remain dedicated to targeting diplomatic and other soft targets – whether in North America, Africa, Asia, or Europe; Tehran has been desperately pushing forward its agenda of hitting government and civilian targets inside Saudi Arabia, the United Arab Emirates and Bahrain, in addition to its main target of terrorist attacks inside Israel. According to experts, in the recent years, there has been a secret connection between Iran and Turkey, as both are willing to see and end to the current rulers in Saudi Arabia, Bahrain, the United Arab Emirates and other Middle Eastern nations. For Turkey, it is a part of Erdogan’s re-establishment of Ottoman Empire, while Tehran wants to topple-down the governments in the Middle Eastern and Arab nations and replace with its own puppets.