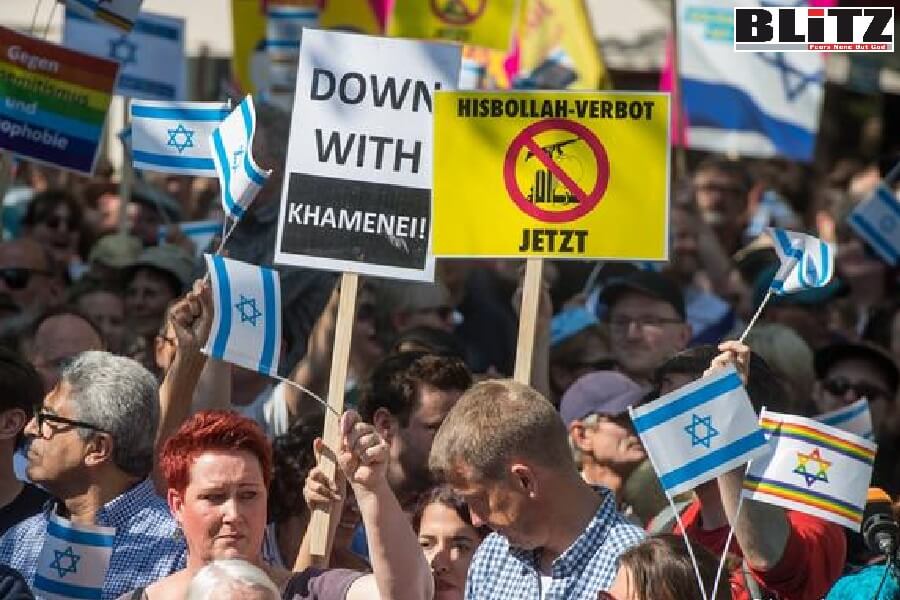 Despite terrorist designation, Iranian proxy Hezbollah has been massively expanding in Germany. According to information, Germany has been making numerous efforts in curtailing activities related to Hezbollah, as the terrorist group poses significant security threats to the country. Germany intelligence estimates, during the recent years, the number of Hezbollah operatives have increased several folds while the increase is 20 percent more than the year 2020, with a number of its members and supporters increased from 1,050 to 1,250. In German state of Lower Saxony, there are approximately 180 Hezbollah-affiliated individuals.

After reviewing the intelligence report, Jerusalem Post has warned that Hezbollah’s mobilization “should not be underestimated in Germany” and that Hezbollah’s followers “maintain organizations and ideological cohesion, among other things, in local mosque associations, which are primarily financed by donations”.

It may be mentioned here that German intelligence had previously identified about 30 mosques and Islamist cultural associations intimately connected to Hezbollah or which propagate the terrorist group’s Iranian-inspired radical Shiite ideology. The latest report asserts that Hezbollah “demands the application of the Islamic legal system of Sharia” and directs its “propaganda against Western institutions” to push forward its goals.

According to counterterrorism experts, Hezbollah-affiliated associations in Germany are largely financed through membership fees and fundraising activities. They encompass a range of people, from sympathizers of the group’s aims to active supporters and formal members. These local institutions also receive support from Hezbollah operatives who have come to Germany from Lebanon to participate in religious ceremonies or special commemorations.

But the report did not mention Hezbollah’s generating millions of dollars through dealing in drugs and distributing its through its own network throughout Germany and other parts of Europe.

The report mentions about Germany’s ban on three of the Hezbollah-affiliated organizations in May 2021. Under the guise of pursuing religious and humanitarian aims, these groups were collecting donations for the families of fallen Hezbollah jihadists. Knowing that their families will receive such “martyr” aid can encourage future generations to join the organization and fight on its behalf, thus create an atmosphere of cruel Islamist terrorism in Germany.

In May 2021, police raided Hezbollah-linked groups across seven German states, including Hamburg and North Rhine-Westphalia. North Rhine Westphalia is frequently cited in intelligence and counterterrorism reports detailing a wide range of radical Islamist activity in Germany.

Following these raids, Germany’s Interior Minister spokesman Horst Seehofer said: “those who support terrorism will not be safe in Germany, regardless of the garb in which their supporters appear, they will not find a place of retreat in our country”.

He further said, the terrorist organization has also used Germany, among other countries, to store bomb-making material. With help from Israel’s Mossad foreign intelligence agency, German authorities seized hundreds of kilograms of ammonium nitrate in April 2020 – which Hizballah had stockpiled in the country.

Iranian proxy Hezbollah has relied on ammonium nitrate for terrorist plots across Europe and around the world.

It may be mentioned here that, Germany has accused Iran – Hezbollah’s main backer – of conducting significant espionage activity in the country over the past decade, including plotting attacks on Israeli and Jewish targets. In a 2017 report, Germany stated it had launched 22 criminal investigations into Iran’s illegal espionage activity – more than it had looked into that of China and Turkey, two countries that engage in significant spying operations in Germany.

In April 2020, following years of malicious activity in the borders, Germany designated Hezbollah as a terrorist organization, joining other Western nations such as United States, United Kingdom, the Netherlands, and Canada. But most of the European Union countries only have outlawed Hezbollah’s military wing, thus giving opportunity to this terrorist entity in continuing its so-called political wing, which is engaged in nefarious propaganda and terror financing activities. Moreover, according to experts, Hezbollah is simultaneously running its military wing under the garb of its political wing as Hezbollah is a cohesive and hierarchical organization that does not treat its political, terrorist, and military wings as distinct entities.