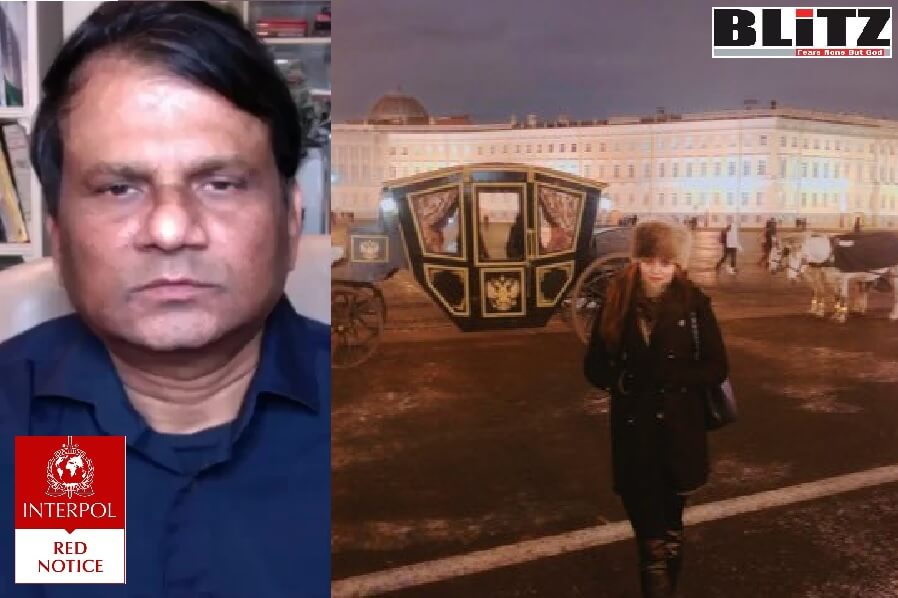 Interpol wanted fugitive and Islamic State (ISIS) fixer Shahid Uddin Khan has connections with at least one Russian oligarch, who has business relations with this notorious individual. According to credible source, Shahid Uddin Khan’s second-daughter visited Russia in 2019 and had secret meeting with the representative of a Russian oligarch regarding investment of a large sum of cash in London. During the meeting, Parisa Pinaz Khan (Bangladeshi passport number AF6723557) told the representative of the Russian oligarch that investment in real-estate business in the United Kingdom was “extremely lucrative”. She also claimed that her father was having “intimacy” with several members of the British House of Commons.

Shahid Uddin Khan has been on run for years escaping numerous criminal charges and convictions. He is wanted by Interpol for crimes including funding jihadi groups such as Daesh or Islamic State (ISIS), while he also is accused of laundering millions of dollars, dealing in weapons and explosives, and counterfeit Indian currency and narcotic. According to international media reports, Khan is an accomplice of dangerous terrorist Dawood Ibrahim and member of his D Company gang. Despite his involvement in serious crimes, Shahid Uddin Khan is being sheltered by the British authorities as he invested at least US$18 million under so-called Golden Visa project.

According to British newspaper The Sunday Times, since 2010, terrorist Shahid Uddin Khan has been maintaining connections with British politician and currently Torey Party’s MP Stephen William business relations with British Conservative Party politician Stephen William Hammond, who has served as the Member of Parliament (MP) for Wimbledon since 2005.

On 4 September 2012, Hammond was appointed Parliamentary Under-Secretary of State for Transport, with responsibility for buses, rail and shipping. He lost his ministerial post in the reshuffle on July 15, 2014 and was succeeded by Claire Perry. He became Vice Chairman of the Conservative Party for London on 20 July 2017 and was sacked the following December 16 after participating in a Brexit rebellion against the government of Theresa May three days earlier.

International media reports said, with the evil agenda of spreading terrorist activities throughout Bangladesh, fugitive terrorist Shahid Uddin Khan, who is on Interpol’s RED NOTICE and facing convictions in a number of cases, including terror financing, money laundering, dealing in weapons and counterfeit currency has been forming one-after-another sleeper cells in the country. While for the last few days, Shahid Uddin Khan has been posting videos of illegal rallies organized by the members of his sleeper cells in different parts of Bangladesh, law enforcement agencies are yet to nab any of these culprits.

It is alleged that sitting in London, Shahid Uddin Khan has also been inciting communal riot in Bangladesh and has been offering cash reward for attack and destruction of Hindu temples as well as Hindu properties in the country. He may have hands behind the Noakhali district where despite a strong vigil by law enforcers for ensuring peaceful Durga Puja celebrations, zealots beat and stabbed a man to death at a temple in Noakhali as idols, temples and businesses of the Hindu community came under attack in a few districts in December last year.

Documents available with various intelligence agencies show, Shahid Uddin Khan hails from a radical Muslim family in Bangladesh while his wife Farjana Anjum too hails from similar family background. This couple’s daughters though are living and being educated in Britain are notoriously radicalized and are working as lone wolves.