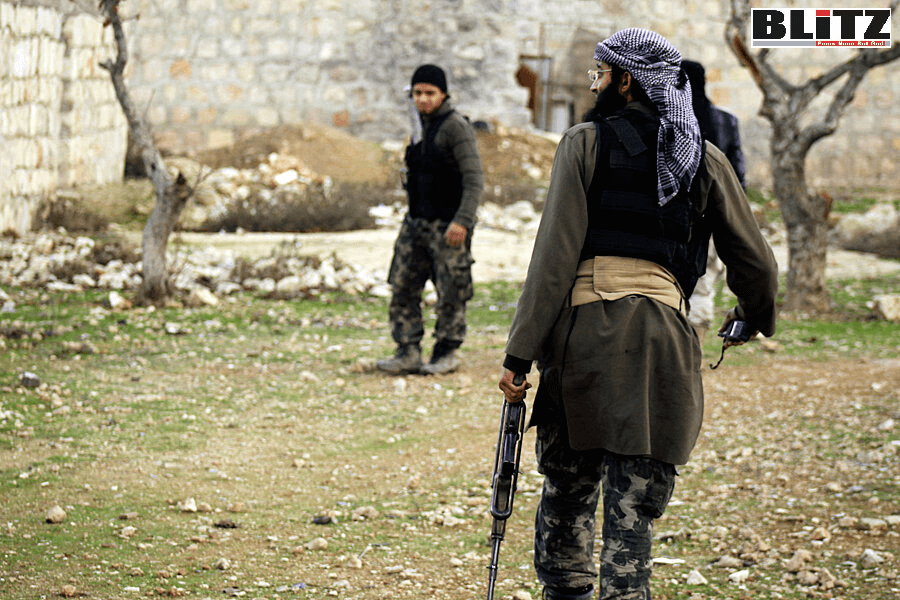 The Islamic State in Iraq and Syria (ISIS) ran a special transportation service for fighters from Istanbul, a travel and networking hub for jihadists, to border provinces near Syria to avoid detection in public transportation and camouflaged the trips as touristic site visits and job searches. Writes Abdullah Bozkurt

According to court documents obtained by Nordic Monitor, about a dozen detained ISIS jihadists from China, Russia, North Africa and Central Asia falsely testified in court that they were either on a sightseeing trip in the Turkish border provinces or looking for a job. It appears ISIS prepped them with stories they could tell the authorities if they got caught.

However, the foreign fighters not only contradicted each other in their statements, but their testimony also did not comport with accounts provided by the Turkish drivers who were paid to take them to border areas so they could cross into Syria. One Turkish national among the drivers testified in court that he actually wanted to join ISIS by crossing the porous Turkish-Syrian border.

The documents revealed how ISIS easily rerouted fighters from safe houses in Istanbul, funded the trips and sent them to border areas with hired drivers in order to avoid public transportation. The case also provides clues to a revolving door policy implemented by the government of President Recep Tayyip Erdoğan when it came to cracking down on jihadists. In most cases they were let go after brief detentions or given light sentences.

In this specific case, the detention of the suspects took place on March 2, 2016, when the police stopped a convoy of three cars in Kahramanmaraş province. They were brought to court for arraignment and formally arrested. But they were later let go, with some getting detained again in other provinces in separate ISIS sweeps.

According to the testimony of one driver, the rendezvous point for the men hoping to join ISIS was the İsmailağa Mosque, located in Istanbul’s Aksaray district. Driver Celallettin Akçetin, a 38-year-old convicted felon, explained that he was directed to the meeting point through a WhatsApp message. When he picked up the passengers, he said suspected them to be ISIS but didn’t care because he needed the money. ISIS handed the cash to the drivers near the mosque, and the group embarked on a trip to the border province of Gaziantep.

ISIS did not want to attract the attention of local law enforcement by boarding all the militants in a van or minibus. Instead, they were put in three cars, with the lead vehicle watching out for possible checkpoints and alerting the others. If one car got stopped, others could proceed with their plans by rerouting the journey.

Near Gaziantep, driver Akçetin was called by Mustafa Darsun, another driver in the convoy, to reroute to Kahramanmaraş in the north from the Gaziantep route. On the way, the car at the end of the convoy was stopped at a checkpoint by gendarmes but was let go. At the entrance of Kahramanmaraş, they were all stopped by the police and placed under detention.

Medeni Koçak, a 51-year-old Turkish national who accompanied his nephew Sinan Koçak, the driver of the lead car in the convoy, said Sinan told him they would be visiting the Menzil congregation, a pro-government religious sect, in Adıyaman province, near Gaziantep. He understood from the phone conversations Sinan made during the trip that they were actually guiding two other cars bound for a destination at the border. On the way, the route was changed to Kahramanmaraş, he added. Medeni also said he was paid $600 for a similar trip he had made with his nephew some 15 or 20 days earlier.

Sinan admitted in his testimony that he had made a mistake and expressed remorse. He said he was asked by Akçetin to lead ISIS convoys twice and that he knew him from their common neighborhood of Kaynarca in Istanbul. He suspected the trip was illegal but claimed he thought he was transporting workers, not ISIS militants.

The only man in the group who openly admitted that they were going to Syria to join ISIS was a 35-year-old Turkish national named Salih Ayrancı. He told the judge that the reason he joined the trip was to enlist with ISIS in Syria. If he had not been detained in Kahramanmaraş, he said he would have crossed the border.

It turned out Ayrancı was had actually been detained in Gaziantep some four or five months earlier and was indicted on ISIS charges. But he was released pending trial by the Gaziantep 2nd High Criminal Court. While his case was still ongoing, he made a second attempt to go to Syria and was again detained.

As for the suspected foreign fighters, their stories ranged from being tourists to job seekers in the Turkish border provinces. Yacine Allou, a 25-year-old Algerian national, claimed he came to Turkey as a tourist with 300 euros in his pocket and joined the other foreigners going to the Mediterranean province of Kahramanmaraş because public transportation was more expensive. He said he paid 40 Turkish lira to a man in Istanbul to join a special car service to the border area and denied that he wanted to join ISIS.

Adilisiang Rouzi, 24-year-old Chinese national of Uyghur origin, said he arrived in Istanbul on February 15, 2016 as a tourist and agreed to pay the driver $150 for a visit to the the provinces of Adana and Gaziantep. He said he did not know anybody in the group. Aishansiang Kuerban, a 30-year-old Chinese national of Uygur origin, told the same story and said he came to Turkey for travel on a $300 budget and planned to pay the driver half of that money for a trip to the border provinces.

Maierdan Maitiniyazi, a 27-year-old Uyghur who came to Turkey on February 26, 2016, testified that he met with the others at a food shelter in Istanbul run by people whom he claimed did not know. He also presented the same story about a sightseeing trip to Gaziantep. Mirizhati Maimaiti, a 25-year-old Uyghur, told the court he was staying in a dormitory run by Uyghurs in Turkey’s central province of Kayseri before moving to Istanbul, where he met the others at a guesthouse. He said he joined the trip as a tourist and did not know the others in his group were looking for jobs.

Muhammed Ibrahim, a 36-year-old Uyghur, told the judge he saw a promotion for the city of Adana on TV and wanted to see it for himself. He said he met other Uyghurs from China’s Autonomous Region of Xinjiang at a food shelter in Istanbul and that they all decided to take a sightseeing trip.

Sidiki Adili, a 33-year-old Chinese national of Uyghur origin, testified in court that he came to Turkey by crossing illegally from Iran under the guidance of an Afghan smuggler and arrived in Istanbul on February 28, 2016. He claimed that a man he met on the street told him many Uyghurs had settled in Gaziantep and that there were lots of job opportunities in the province. He was prepared to pay $150 to a Turkish driver because he was afraid he would be detained if he took a bus to the border province. He said he didn’t know any others in the group and that his real goal was to go to Germany. In his police statement, his story was different, through. He told the police he came to Turkey to live as a free man. In his court statement, he recanted his statement to the police.

Firdavs Rahimov, a 31-year-old Uzbek national, said he arrived in Istanbul some 20 days earlier and met one of the suspects there. He claimed a friend of his advised him that there was a job opportunity in Gaziantep province and that that was why he joined the trip from Istanbul. Another Uzbek in the group was a man named Shavkat Sobirov, 29, who claimed he went to Istanbul for work on February 4, 2016 and stayed with an Uzbek friend named Yasin, who made the travel arrangements to the border area with Turkish drivers. He stuck to the story that he embarked on the trip to look for a job in the Turkish border.

Navruz Kasymov, a 32-year-old Russian national of Kyrgyz origin, was also among the ISIS suspects who were arrested. He also tried to sell a similar story of sightseeing and said an acquaintance in Istanbul told him that taking trip in a special convoy was cheaper than a bus or plane ticket.

Interestingly, Turkish authorities later released him. On October 22, 2016 he was detained again in a separate ISIS investigation. An examination of his two cell phones revealed that he saved ISIS materials on them and participated in ISIS groups on Telegram and WhatsApp. The archived chats showed that Kasymov was interested in acquiring weapons and was looking to help secure the release of four ISIS suspects detained at another location near the Turkish border.

Financial records showed that Kasymov received thousands of dollars from Saudi Arabia. One sender was identified as Abulazi Abuduhamidi, an ISIS financier. He claimed in court the money was sent by his brother in Saudi Arabia on one occasion, and on another was sent by an acquaintance of his brother whom he said didn’t know.

Zuribek Cusubaliev, a 36-year-old Tajik national, said he went to the border area for work after a Tajik friend named Mahmud in Istanbul advised him to do so and paid for his trip.

Turkey observers have little faith in the country’s criminal justice system in cracking down on ISIS and other jihadist cells given the Islamist policies of the current Justice and Development Party (AKP) government, led by President Erdoğan.

For instance, the three high-profile ISIS militants suspected to have been deployed for a major attack on the French Embassy in Ankara had been caught at the border by the Turkish military and briefly detained but were let go pending trial by a court and are currently at large. Turkish intelligence and military officials had secret talks with ISIS on several occasions. Hundreds of ISIS militants have been freed from Turkish prisons in recent years, reflecting the permissive attitude of Turkish officials when it comes to jihadists.

Republished from the Nordic Monitor