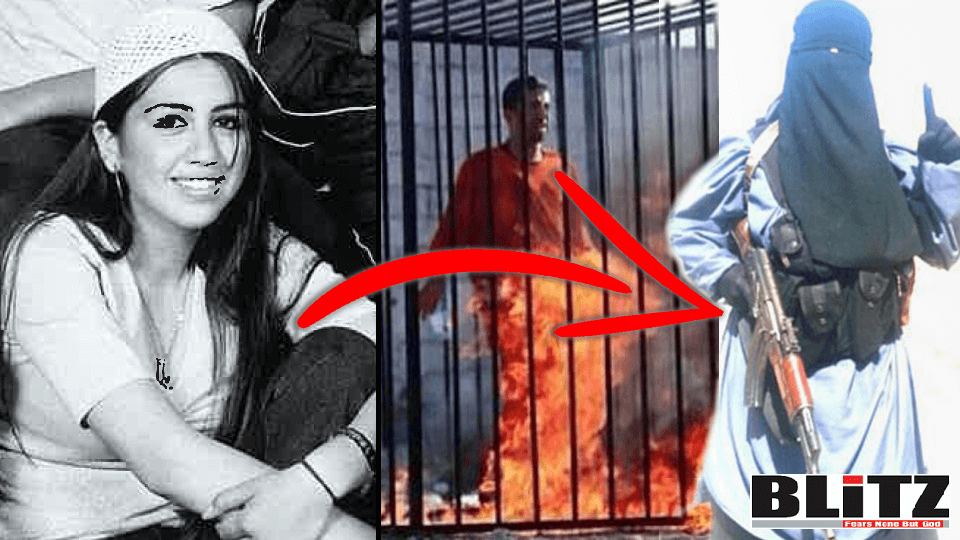 ISIS leader gets identity and welfare benefits in Sweden

The leader of the Islamic State’s women’s brigade in Syria, Fatin al-Mandlawi, 33, has moved back to Sweden and now lives in Angered in Gothenburg, Fria Tider can reveal today. The Swedish Tax Agency has given her the protected identity “Fatosh Ibrahim” which she uses to collect municipal social benefits and to run a black-market business where she offers to threaten people against payment.

– It’s a police matter. The municipality’s part is to offer support, says Zan Jankovski, coordinator against extremism in the city of Gothenburg, to Fria Tider.

Fatin was born in Iraq as the fifth child of the al-Mandlawi Arab family of seven. During the Gulf War in the early 90s, the whole family came to Sweden and ended up in Eskilstuna. When she was ten years old, the family moved on to Gothenburg.

In July 2000, the father of seven, Mostafa al-Mandlawi, was interviewed by Göteborgsposten about the difficulties for immigrants to find work in Sweden.

– Yes, I hope I get a job. I have lived in Sweden for ten years and looked for a job all the time. Six years in Eskilstuna and four years in Gothenburg. In Baghdad, I had my own factory, but here I have sent lots of application papers, without anything happening, he said in the interview.

In the autumn of 2012, in connection with the so-called “Arab Spring”, Fatin’s big brother Hassan al-Mandlawi traveled to Syria to join an armed group close to the terrorist-branded al-Nusra Front.

After returning to Sweden, Hassan was sentenced in 2015 to life in prison for terrorist crimes for his involvement in the murder of two captured Syrian oil workers. According to the Gothenburg District Court, the motive for the murder of the workers was that they were employed by an oil company owned by the Syrian state. The verdict was later upheld by the Court of Appeal.

At the same time that Hassan traveled to Syria, his little sister, 25-year-old Fatin, also decided to leave the Gothenburg suburb of Angered for the Syrian city of Raqqa. There she joined what would later become known as the Islamic State.

In Syria, Fatin al-Mandlawi went by the alias Umm Fidah, which can be translated as “Mother of Restoration”. She married an ISIS terrorist from the UK in 2013. The man died the same year, while Fatin was expecting a child. In September 2013, she gave birth to a girl.

Fatin al-Mandlawi is one of the first women to travel from Sweden to Syria, and she became very active in attracting more women to travel there. In an interview with Kalla Fakta from 2015, the terrorist researcher Magnus Ranstorp described “Umm Fidah” ​​as a key person in IS recruitment work.

– She seems to be very aggressive. She has acted outwardly as extremely brutal. Brutal in terms of conviction, but there are also pictures of her holding a weapon. She is weapon-trained, he says in the interview.

Fatin is not least known as the initiator of the Islamic State Women’s Brigade.

“Can we not start a brigade for just sisters and fight the pigs and pray for martyrdom,” she writes in an open post on Facebook. The Women’s Brigade is named al-Khansa, an Arabic metaphor for beauty.

Fatin was the leader of the newly started ISIS brigade and had at most between 60 and 70 women under her command. The Women’s Brigade’s main task was to ensure that other women living in the Islamists’ self-proclaimed caliphate complied with strict Sharia law.

In a picture that “Umm Fidah” ​​posted on Facebook, she can be seen in a square in the ISIS capital Raqqa. On the ground lie the bodies of beheaded people. On a fence next to her, a severed head is mounted on a fence.

“What? Are you talking to me? Oops you have no head!’ This is what we do with Bashar’s soldiers”, wrote “Umm Fidah” ​​in English as a comment on the picture.

In the spring of 2017, the Islamic State was collapsing. Outside Mosul in Iraq, fighting was raging that led to IS being forced to give up the city in July of that year. At the same time, the terrorist group’s unofficial capital Raqqa in Syria was surrounded by a coalition of IS-hostile forces. It was only a matter of time before the caliphate fell.

Fatin al-Mandlawi, who was now pregnant again, decided to flee back to Sweden. In October 2017, she gave birth to her second child. According to Fria Tider, the father was an IS terrorist who is currently in prison in Australia. Fatin al-Mandlawi changed her name to Fatosh Ibrahim and was granted protected personal data by the Swedish Tax Agency. She now lives in Angered again.

During the work on this report, Fria Tider has been in contact with the Swedish Tax Agency several times during the summer and autumn to ask on what grounds a former IS fighter has been granted a protected identity. However, the authority has rejected the request, and we are not even allowed to examine the document in disguised form, as even a masked document could be used to find out that it is Fatin al-Mandlawi who is hiding behind the authority’s protected identity Fatosh Ibrahim.

“The Swedish Tax Agency assesses that there is special reason to assume that Fatin may suffer if the information about him (sic!) is disclosed,” the authority writes in its decision.

– It is covered by a fairly strong secrecy, explains Johanna Sjöberg at the Swedish Tax Agency’s personal protection department to Fria Tider.

Open about the ISIS background

However, according to several people that Fria Tider has spoken to, the 33-year-old terrorist’s background is nothing she herself is particularly keen to keep secret.

– She has told me that she wanted to blow herself up. She has told that she saw when they set fire to this Jordanian pilot in the cage. She brags that she has been in IS, says a woman with an immigrant background who previously hung out in the circles around the IS leader, to Fria Tider.

– We protect ISIS soldiers and they live on our tax money. I think it should be clear that our authorities are actually protecting IS terrorists who have been there and killed children and adults, innocent people, she continues.

– I think it is terrible that there is an IS terrorist, free out on the street, who has posed in a square in Raqqa with severed heads. I do not want a terrorist outside my door.

According to the woman, Fatin, or Fatosh as she now calls herself, has said that she has received money from the Security Police and that it is the Social Services in Gothenburg that have helped her with her protected identity. The reason is stated to be that the authority has judged that it may be more convenient for her if she does not have to be recognized as a terrorist in Gothenburg.

After returning to Sweden, Fatin has tried to increase the social contribution by selling services that are marketed as a mixture between Islam and voodoo, but which in fact are reminiscent of traditional intimidation activities. On Facebook, she calls herself “Fatosh Montana” and uses her network of young girls to, among other things, try to make black-market money by “casting spells” on others.

Whether the victims of the activity are in fact exposed to crime is not clear, but the activity has been reported to the police several times for, among other things, illegal threats. However, all reports against the former ISIS terrorist have been dropped.

– She still walks around threatening young girls and says that she will ruin their lives, says one of the women Fria Tider spoke to.

Zan Jankovski is the coordinator for the work against violent extremism in the city of Gothenburg. He tells Fria Tider that the municipality’s tax-financed work is mainly about giving help and support to the extremists, and not about giving support to their possible crime victims.

– Then we talk about all the defined environments that exist.

Anyone who is threatened or exposed to other crimes by the ISIS terrorists who have returned from Syria, and whom the Swedish state has decided to protect, can therefore not count on help or support from the municipality.

– It’s a police matter. The municipality’s part is to offer support to individuals who need it, says Zan Jankovski.