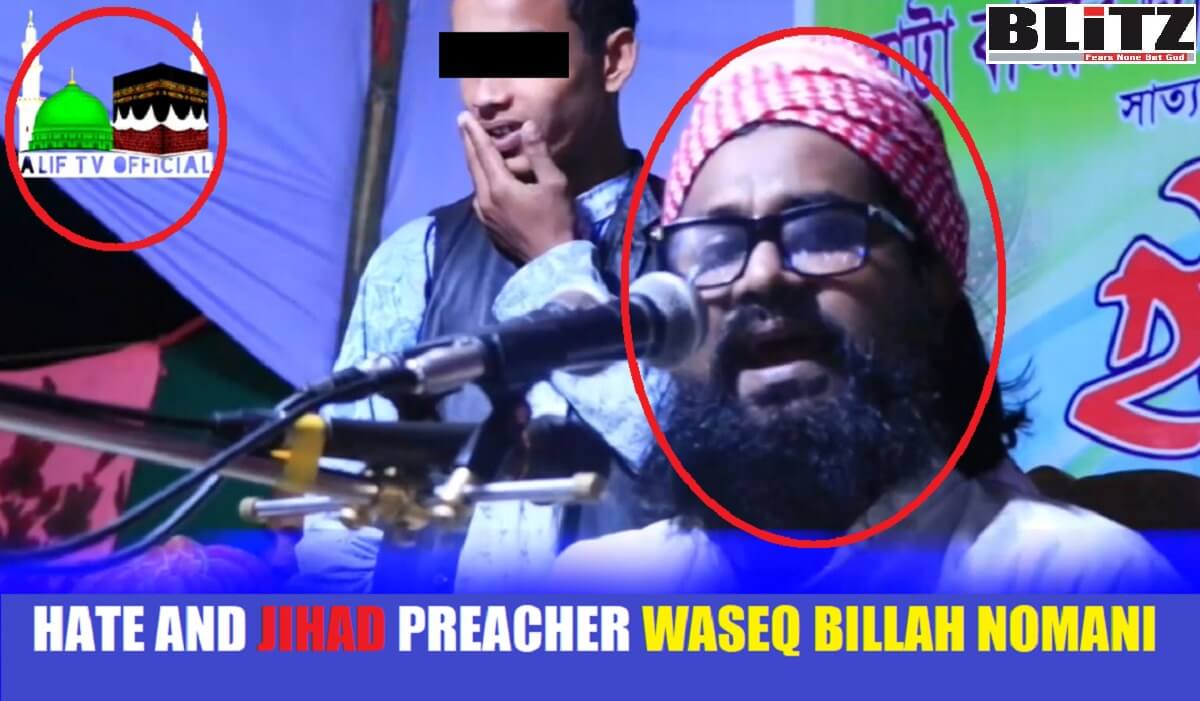 Following the recent Bangladesh visit of Indian Prime Minister Narendra Modi to join the golden jubilee celebration of independence as well as the birth centenary of Bangabandhu Sheikh Mujibur Rahman, pro-Caliphate Hefazat-e-Islam and several radical Islamic groups and individuals resorted to giving incitements of jihad and beheading of “non-Muslims”, while several YouTube channels are openly publicizing such extremely disturbing contents, which would have dangerous impact on the Muslims in Bangladesh. Despite repeated reports published in Blitz exposing notorious activities of Hefazat-e-Islam and its cohorts such as Bangladesh Nationalist Party (BNP), Jamaat-e-Islami, Hizbut Tahrir and other militancy outfits and individuals loyal to such jihadist ideology, law enforcement and intelligence agencies in the country are yet to take visible actions against these culprits. Continuation of extremely provocative pro-jihadist YouTube channels would not only play role in giving instigations to mass people, particularly those uneducated and half-educated populaces of the country, it also would pose gravest threat to security of Bangladesh, the region and the world.

In my continuous research on the rise and activities of radical Islam in Bangladesh, contents of an YouTube channel named ‘Alif TV Official” has come to my attention, where a speaker named Waseq Billah Nomani, along with hundreds of similar contents on that channel drew my attention. 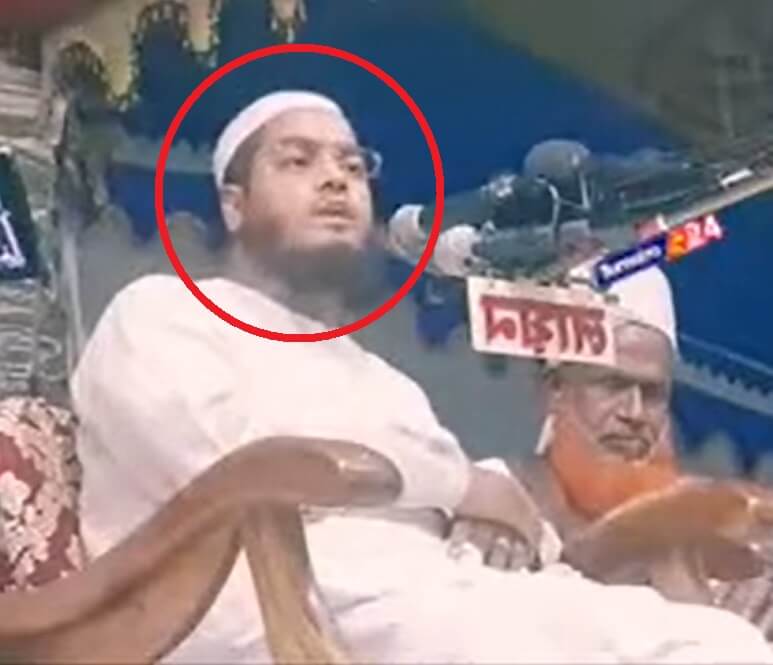 In the video content, Waseq Billah Nomani, who is mentioned as a “neo-Muslim” or a Hindu who got converted into Islam saying, he has 22-years’ experience on chopping heads and wants to chop the head of Indian Prime Minister Narendra Modi, if  he [Nomani] would find the Indian premier. He even went further saying, he would continue chopping heads of Hindus. And, most surprisingly, such notorious statements were made publicly in an Islamic program.

Radical mullah Waseq Billah Nomani went further by pronouncing support for the killers of blogger Abhijit Roy stating, those who insult the Prophet should be killed. He also said, those killers of Abhijit Roy deserves our salute. A desperate Waseq did not hesitate in expressing solidarity with the jihadists of Ansarullah Bangla Team (ABT).

In presence of hundreds of people, a radical mullah Waseq Billah Nomani displays a sword stating non-Muslims deserve to be chopped. He even pronounced jihad against the “enemies of Prophet” and went further by pronouncing jihad against the Bangladesh government. It may be mentioned here that, under the dynamic and magnanimous leadership of Prime Minister Sheikh Hasina, law enforcement and intelligence agencies such as Bangladesh Police, Rapid Action Battalion (RAB), Counter Terrorism and Transnational Crime (CTTC) unit, the Directorate General of Forces Intelligence (DGFI), the National Security Intelligence (NSI) and other organs of Bangladesh government are working tirelessly in combating militancy and terrorism and already shown remarkable success in destroying networks of militancy and terrorist groups in the country.

As we know, notorious jihadist outfits such as Al Qaeda, Islamic State (ISIS) etcetera are simultaneously running two jihadist fronts – military front and cyber front. According to counterterrorism experts, in this age of advancement of communication technology and availability of several communication apps along side social media and video sharing sites, cyber jihad is already becoming much tougher front as it can easily penetrate within households, mostly without being untracked by the law enforcement and intelligence agencies. For Bangladesh government, it is essential to pay special emphasis in taking appropriate measures along with necessary technological capabilities to combat the growth of jihadist platforms on social media, video sharing sites and other platforms. In case of necessity, Bangladesh can officially notify YouTube authorities requesting them to immediately remove those jihadist channels. At the same time, Bangladesh missions in the US and European nations can officially file complaints with their counterpart about existence of such jihadist platforms on YouTube, Facebook and other platforms.