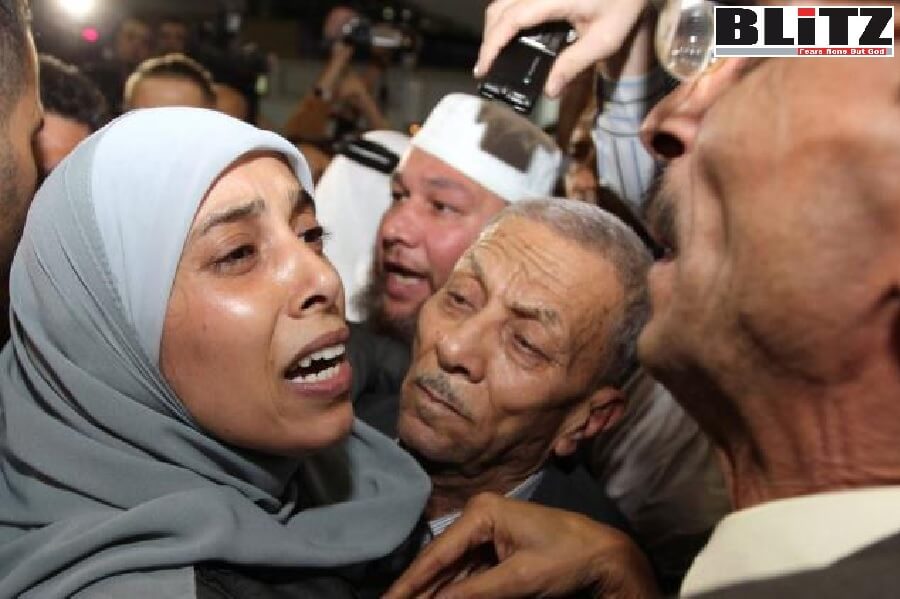 Despite a 1995 US-Jordan extradition treaty, Al-Tamimi has been provided safe haven in Jordan since 2011. By Steven Stalinsky and R. Sosnow

Ahlam Al-Tamimi, a convicted Hamas terrorist who has been on the FBI Most Wanted list since 2017, is directly responsible for the 2001 suicide bombing at a central Jerusalem pizza restaurant that killed 15, including two Americans – Judith Greenbaum of Passaic, NJ, who was pregnant, and 15-year old Malki Roth, whose parents have continued to press the US government to bring Al-Tamimi to justice. Another 122 were wounded in the attack, among them four more Americans; one of them, Joanne Nachenberg, has been in a persistent vegetative state ever since.

Al-Tamimi, who was born and raised in Jordan, was hailed as a heroine upon her return to Jordan; in 2012, she became presenter of a talk show on Hamas’s Al-Quds TV called “Breezes of the Free” glorifying Palestinian terrorists. She has reportedly travelled widely throughout the Arab world, including repeat visits to Qatar, Algeria, Kuwait, Lebanon, Tunisia, and Yemen, speaking to school and university groups, trade unions, and on TV about her central role in the bombing, its high death toll, and her intention to kill Jewish children.

Despite a 1995 US-Jordan extradition treaty, Al-Tamimi has been provided safe haven in Jordan since 2011. In 2017, after the FBI added her to its Most Wanted list, Jordan’s supreme court ruled that she cannot be extradited to the US because the treaty was not ratified by the Jordanian parliament and that effectively there is no treaty. Her husband, another Palestinian terrorist, was deported to Qatar in October 2020.

In 2018, the State Department’s Rewards For Justice program announced that it was offering a reward of up to $5 million reward for information on Al-Tamimi.

The Rewards for Justice webpage offering the reward is still active today.

US attempts to obtain Al-Tamimi’s extradition

Over the years, there have been numerous US attempts to obtain Al-Tamimi’s extradition including a series of letters by Members of Congress. The most recent letter, sent to Secretary of State Antony Blinken on March 23, 2022, and signed by six Members, set out the details of the attack orchestrated by Al-Tamimi, her role in it, and her fame in Jordan and the region.

The letter included a quote from the 2011 MEMRI TV clip of Al-Tamimi’s response when asked in an interview if she would carry out “such a large-scale attack” again. She said: “Of course. I do not regret what happened. Absolutely not. This is the path… Do you want me to denounce what I did? That’s out of the question. I would do it again today, and in the same manner.” It also asked for Blinken’s response to a number of questions about the request for her extradition, how the State Department might obtain her extradition in light of Jordan’s refusal to comply with the request, and the possibility of sanctions against Jordan. 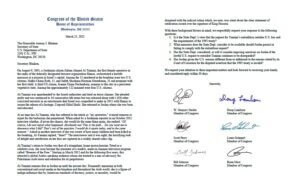 Letter sent to the Secretary of State Antony Blinken on March 23, 2022, and signed by six Members of the US Congress

Al-Tamimi’s family in Jordan has urged King Abdullah to “close the file” and “reject the U.S. demands that are based on political considerations, not legal ones.”

There is a precedent for extradition: In 1995, immediately after the two countries signed the treaty, Jordan extradited Eyad Ismail Najim, a Jordanian citizen charged with driving the van that carried a bomb into the World Trade Center in the February 1993 bombing. But Najim was reportedly extradited only after he signed documents agreeing to stand trial in the U.S., not because of a court ruling.

The issue of Al-Tamimi’s extradition and withholding aid to Jordan over it came up during the Trump administration. In written answers to the Senate Foreign Relations Committee, Ambassador to Jordan Henry Wooster, who was the nominee at the time, stated: “The United States has multiple options and different types of leverage to secure Ahlam Aref Ahmad Al-Tamimi’s extradition. We will continue to engage Jordanian officials at all levels.” Asked specifically if aid to Jordan would be part of that leverage, Wooster replied: “If confirmed, I would explore all options to bring Ahlam Aref Ahmad Al-Tamimi to justice, secure her extradition, and address the broader issues associated with the extradition treaty.”

Over the last 15 years, annual U.S. aid to Jordan has nearly quadrupled in historical terms. The U.S. has provided economic and military aid to Jordan since 1951 and 1957, respectively; as of April 14, 2022, total bilateral U.S. aid to Jordan through FY2019 amounted to approximately $23.8 billion. The President’s FY2023 budget request includes $1.45 billion for Jordan.

From her home base in Jordan, Al-Tamimi regularly goes on Arab TV to mock the US government for its powerlessness to extradite her. In fact, she specifically said, in March 2019 on Al-Jazeera TV: “Being in Jordan has given me strength because Jordan does not have an extradition agreement with the US This led to the issuing of a legal decision [in Jordan] refusing my extradition, and Jordan’s position on that matter is very clear.”

She also regularly praises the terror operation that she orchestrated, and her own part in it. Most recently, in a video posted on the “Gathering4youth” YouTube channel on October 4, 2021, she called the bombing “the crown on my head” and bragged that she had “joined the annals of history by committing the best act.”