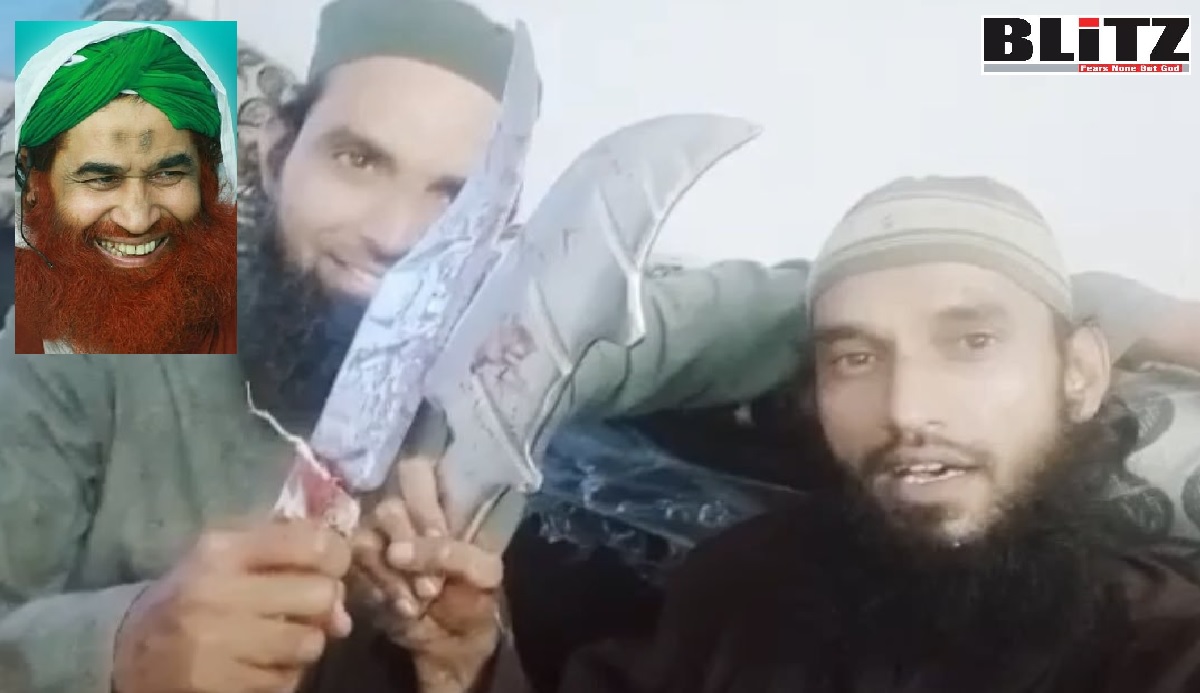 The jihadists involved in the gruesome murder of the tailor, Kanhaiya Lal in India were connected to Pakistan-based notorious Islamist terrorist organization Dawat-e-Islami and one of the jihadists visited Karachi in Pakistan in 2014 to meet leaders of this organization.

Dawat-e-Islami is a Sunni Islamic organization based in Pakistan. It has several Islamic educational institutions around the World. In addition to local charity efforts, Dawat-e-Islami also offers online courses in Islamic studies and runs a television station, Madani Channel. It is associated with global Barelvi Islam movement. Dawat-e-Islami was officially founded in Karachi in September 1981 by leading scholars who selected Ilyas Qadri as its main leader.

Dawat-e-Islami has expanded to the United Kingdom, around 1995 holding its first Ijtima (weekly congregation) in Halifax. As of December 2019, it now has at least 38 properties in the United Kingdom which are used as a network of Masajid, Islamic centers, schools and/or Jamias in order to create future scholars for society. Some buildings have been completed and others are being worked upon. More than 100,000 British Muslims are in some form or the other associated with Dawat-e-Islami in UK.

Dawat-e-Islami operates twelve centers in Greece and seven in Spain. In 2009, a Madrassa was opened in Rotherham, England, for the education of young children and adults. In Athens, it has association with local Sufis and has established four centers.

In Bangladesh, Dawat-e-Islami led Jamia-tul-Madina has produced scholars who are serving in United Kingdom.

According to ML Lather, Director General of Police in Rajasthan, “Two men are the main accused so far. Besides them, we have taken three others into our custody, with whom they were in contact”.

He further said that the incident which happened in Udaipur was an act of terror and the case has been transferred to National Investigation Agency (NIA) adding that the state police to assist in the probe.

“Main accused were in touch with organization Dawat-e-Islami. One of them also went to Karachi in Pakistan in 2014 to meet the organization. We are considering it (the beheading incident) an act of terror. Case transferred to NIA, state police to assist in probe,” he added.

The beheading of tailor Kanhaiya Lal in Udaipur by two jihadists for allegedly posting content in support of suspended Bharatiya Janata Party (BJP) leader Nupur Sharma, had sparked public outrage across the country.

Kanhaiya Lal was cremated in Udaipur in the presence of a large number of people who raised slogans demanding capital punishment for the killers.

The incident took place in Udaipur’s Maldas area on June 28. Soon after committing the crime, the two jihadist killers posted a video on social media boasting about the “beheading” and threatened Prime Minister Narendra Modi’s life as well.

The two accused were arrested within hours of the incident. The assailants identified themselves in the video as Riyaz Akhtari and Ghouse Mohammad.

In the video, Riyaz was seen attacking 47-year-old Kanhaiya Lal with a sharp-edged machete while the other, Ghouse, recorded the crime on his mobile phone.

Notably, Kanhaiya had also filed a complaint with the police about receiving threats.